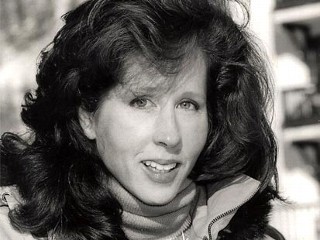 As some of you know, I was fortunate enough to be the writer-expert for a true crime documentary show called Cruise Ship Killers, which tells the stories of twenty-six people who vanished, died mysteriously, or were the victims of other crimes while on board a cruise. (Names and other identifying details were changed on the show for legal reasons.)

This was the story that haunted me most.

In August 2004, a 40-year-old red-haired poet and investment banker named Merrian Carver boarded the Mercury, one of Royal Caribbean’s Celebrity cruise ships. She embarked upon a seven-day cruise from Seattle, Washington to Alaska.

Her steward, Domingo Monteiro, found her to be personable, relaxed, and looking forward to the cruise. She told him she planned to go upstairs later, but did not want to visit the dining room. When she mentioned the same wish the following night, he suggested ordering room service, and then brought her two sandwiches at her request.

That was the last known sighting of Merrian alive.

When Monteiro checked on Merrian’s cabin the following morning, her bed had not been slept in. A generous tip and a manilla envelope with unknown contents had been left behind, along with all of her belongings, including her only shoes. He reported her missing right away and continued to report her missing for the remaining five days of the cruise, until his supervisor ordered him to “do his job and forget it.”

Once the cruise ended with no sign of Merrian, Monteiro again raised his concerns with his supervisor, who told him to box up Merrian’s personal belongings and bring them to his office. No one secured her cabin. No one collected evidence. The supervisor put her belongings in his own locker, except for her clothing, which was promptly donated to charity. No one filed a police report; no one contacted the family. The Royal Caribbean did contact the FBI, but not until Merrian had been missing for five weeks.

Meanwhile, Merrian’s 13-year-old daughter, who lived with her dad, grew concerned when she couldn’t reach her mother on the telephone. Frantic, she contacted Kendall Carver, Merrian’s dad, who reported his daughter missing to the Cambridge, Massachusetts police when he also couldn’t reach her. Through investigating her financial records, the police discovered credit-card charges for the round trip to Seattle and the Alaskan cruise.

None of Merrian’s family members or friends had any idea she’d gone on a cruise, but this wasn’t out of character. Merrian was single, independent, and she had been known to take other trips when she needed to “clear her head,” without necessarily letting anyone know. When Carver contacted Royal Caribbean to confirm his daughter had been on the ship, it took them three days to get back to him. By this point, she had been missing for twenty-six days. A risk-management manager for the cruise line told him that no alarm had been raised after his daughter’s disappearance, since it was “normal” for people to leave their belongings behind, and “normal” for them to suddenly change their rooms without notice.

Carver’s living hell was about to begin. According to his own words in assorted testimonies and media reports, the grieving father met with roadblocks whenever he tried to get answers about what had happened to his daughter. He was told the ship’s surveillance cameras automatically erase any footage after only three days. The cruise line maintained they’d had no reports about his daughter during the cruise, and refused to reveal the name of Merrian’s steward.

Frustrated, Carver hired one of the largest private investigation firms in the country, but this resulted in more questions than answers. The investigator was allowed onto the ship, but wasn’t permitted to speak to anyone, including the ship’s security officer. He did report that it was a short walk from Merrian’s room to an observation deck 100 feet above the waterline. She easily could have been pushed–or have jumped–from this deck. Carver hired Massachusetts and Florida lawyers to dig in the case, which resulted in two cruise-line employees giving telephone depositions in January 2005.

This was when Carver learned that someone had cared about his daughter, and he was even more distressed when he discovered that a cruise-line supervisor had brushed off her steward’s fears. The supervisor who’d dismissed the steward’s concerns was fired and ushered off the ship before the FBI could speak to him. He has never been named or located, though many believe he found work on a different ship. The manilla envelope and the money Merrian had left in her room disappeared with him, along with other personal belongings. 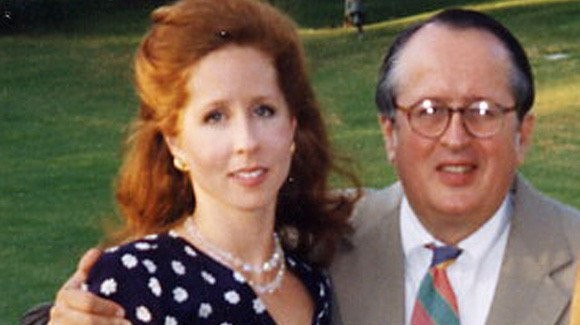 Finally, feeling out of options, Carver filed a lawsuit against the Royal Caribbean. The case went to trial in August 2005, which was when he at last saw a copy of the security report, which he felt clearly indicated a cover up. He also learned he’d been lied to about the surveillance footage, which had been kept for one month, not three days. There should have still been footage from the time his daughter disappeared when he first contacted them.

During the trial, the cruise line released an official statement to the media, claiming that Merrian had “severe emotional problems, had attempted suicide before, and appears to have committed suicide on our ship.” (Suicide is often the excuse when passengers go missing.)

Carver went on to win his lawsuit, but it was a hollow victory. All told, he’d spent $75,000 on investigators and lawyers and still had no idea what had happened to his daughter, though he believed her to be deceased. Sadly, he passed away in December 2019 without ever finding out what became of Merrian. To help others avoid the pain and suffering he’d gone through, Carver founded International Cruise Victims, an advocacy and support group, in 2006.

Unfortunately, when Merrian’s marriage ended in divorce in 2000 and she lost custody of her daughter, she sank into a deep depression and threatened suicide. Though there is no evidence she even attempted suicide in the past, this history gave the Royal Caribbean the ammunition it needed. However, her steward insisted that she did not seem upset, out of sorts, sad or angry. And if she planned on committing suicide, why the round-trip ticket? If the manilla envelope contained a suicide note, why didn’t the cruise line release it, since it would have proven their theory?

One thing many tourists don’t realize is that “American” cruise ships sail under foreign flags, which allows them to circumvent US laws and taxes. When a crime is committed on a cruise ship, it rarely is investigated properly or promptly reported. An average of ten Americans disappear from cruise ships every year.

What do you think happened to Merrian? Her father was a hero. I wish I could have spoken to him before he passed away. RIP, Kendall Carver.

Thank you to Jamie Barnett, President of the ICV, for his assistance and support with this post.

Are you a fan of unsolved mysteries? Perhaps you can help us figure out what happened to Julie Weflen.