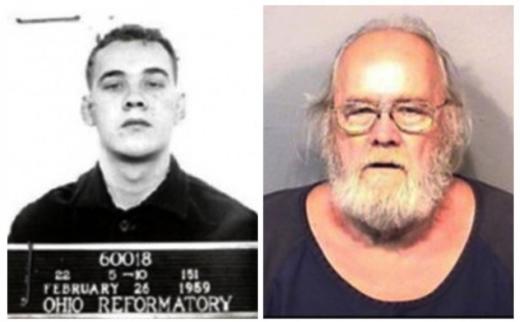 One of my favourite works of fiction has long been Stephen King’s Rita Hayworth and the Shawshank Redemption, which was turned into an equally brilliant movie.

But is it fiction?

The “real” Andy Dufresne was a man named Frank Freshwaters. In 1957, Frank pled guilty to voluntary manslaughter and received a suspended sentence. However, unlike Andy, Frank wasn’t too bright–or maybe he was just reckless–and he violated his probation. In 1959, he was sentenced up to 20 years at the Ohio State Reformatory–the very same prison where The Shawshank Redemption was filmed.

Frank managed to form relationships with his captors, and convinced them he could be trusted…much like Andy did. As a result, he was transferred to what is known as an “honour farm”–basically, a farm that was owned by the prison.

He escaped during the same year, but his freedom was interrupted in 1975, when he was arrested in Charleston, West Virginia. When the governor refused to send him back to Ohio, he was freed and disappeared again.

And just like Andy, Frank enjoyed his freedom for a long, long time, until a deputy marshal decided to investigate this cold case. He found Frank in Florida, where the felon was living under the name William Harold Cox.

Frank had retired from life as a truck driver and was living on social-security benefits before he was again brought to justice…58 years later.

The “real” Andy Dufresne is now 79 years old and confined to a wheelchair. Do you think he should spend the rest of his life in jail? Are you glad he was captured?