The mysterious massacre at Hinterkaifeck 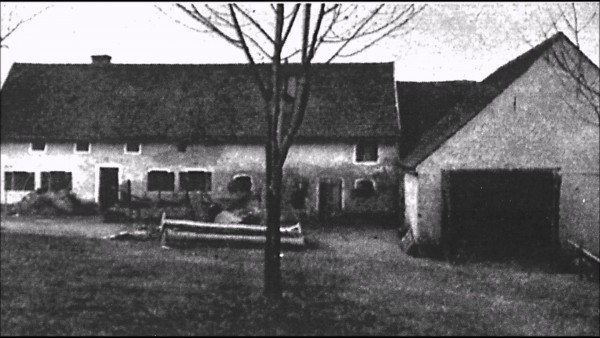 An isolated farmhouse in Bavarian Germany.  It is winter, 1922.

Six months before the Gruber family was murdered, their maid quit.

Not an unusual event itself, except for the reason.

She was terrified of the house, claiming it was haunted.

Before you write her off as a superstitious nut, you should know there were a lot of strange things happening at the small farmstead known as Hinterkaifeck.

Personal items kept vanishing. Other items, like an unfamiliar newspaper, were found in the home, and no one could explain how they got there.

Footsteps were heard in the attic, but no reason for them was ever discovered.

For some reason, the Gruber family, which included sixty-three-year-old Andreas Gruber, his seventy-two-year old wife Cäzilia, and their thirty-five-year-old widowed daughter Viktoria Gabriel, never went to the police about these events. Also living in the home were Viktoria’s children: Cäzilia, 7, and Josef, 2, and a new maid, Maria Baumgartner, 44.

A few days before the worst happened, Andreas found footprints in the snow leading from the edge of the forest to his home. Around the same time, a set of keys went missing.

On April 4, concerned neighbours visited the house to make sure the Grubers were okay, as the family hadn’t been seen for several days. What greeted them was a scene of unimaginable horror. 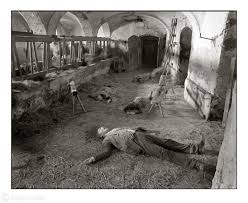 Andreas and Cäzilia, along with Viktoria and her daughter, had been brutally murdered. They’d been killed with a mattock, a weapon that’s a cross between a pick and an axe. Chillingly, the little girl had survived for several hours after the attack, pulling out her hair in clumps.

The maid and the little boy had been slaughtered in their bedrooms. It was a grisly end to Maria’s very first day of work at Hinterkaifeck.

When the police arrived, they discovered a bizarre crime scene. It was obvious the murderer had spent considerable time in the house. The farm’s animals had been fed and taken care of, and neighbours had seen smoke rising from the chimney at Hinterkaifeck after the family was dead. Whoever the mysterious killer was, he’d felt comfortable enough in the home to cook himself a few meals.

The most obvious motive for the massacre was robbery, but the police ruled that out when they found a large sum of money  in the house. The Munich investigators questioned over a hundred suspects, but no one was ever charged with the crime.

And that’s far from the most disturbing thing about this case. In an attempt to solve the mystery, the corpses were beheaded, their skulls sent to a clairvoyant in Munich. However, the skulls went missing and were never returned. As a result, the Gruber family was buried without their heads.

The case intrigues people to this day, but no one has been able to solve it. Why do you think the killer stayed in the house for so long, without making much effort to hide his presence?

For more eerie unsolved mysteries, read The Dyatlov Pass Incident or Whatever Happened to Elisa Lam?

Make sure you don’t miss a single spooky post by subscribing to my blog. It’s easy, and I’ll never send you spam.