The five creepiest children in film 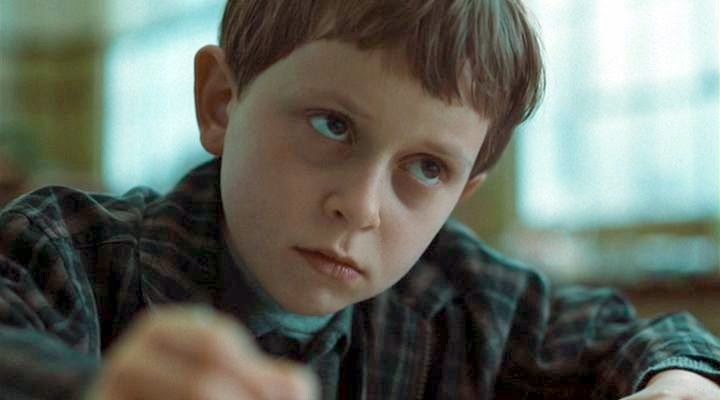 Many a scary movie has used a child to up the fear factor. Maybe it’s a demon child, or a satanic baby, or just one creepy-ass kid.

I’ve learned some very practical things from a lifetime of watching scary movies. One of them is this: if your child suddenly strikes up detailed conversations with an invisible person, never assume it’s an imaginary friend. EVER.

Without further ado, here’s my list of the creepiest kids in movie history. (WARNING: HERE LIES SOME SPOILERS.) 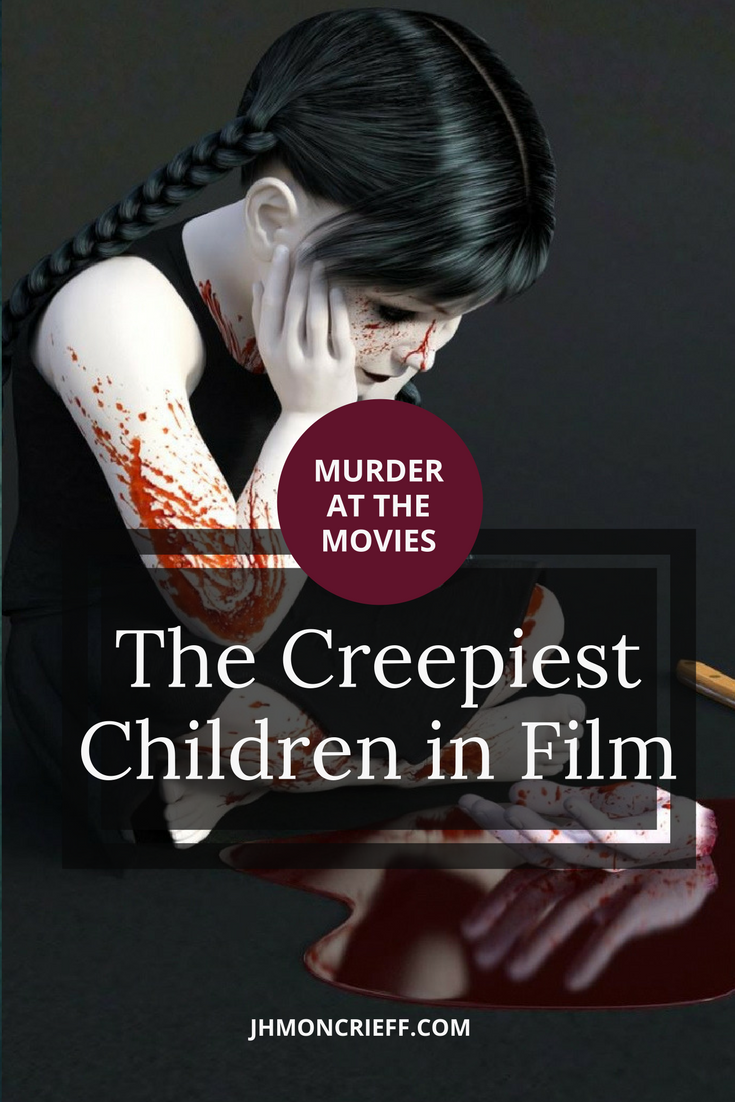 1) Damien from the original The Omen (1976), played by Harvey Stephens. Who could forget that creepy smile? That complete lack of remorse? The lesson here–if someone is pushing you to adopt a child of unknown origin, Just Say No. 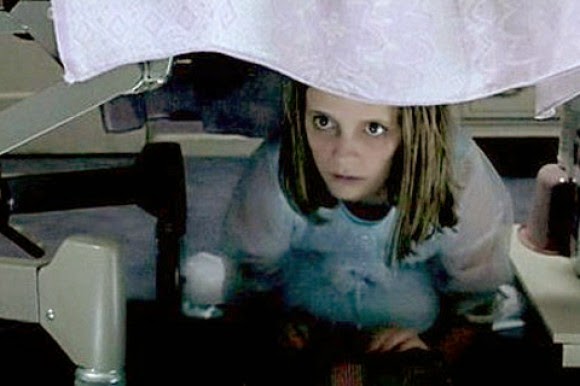 2) Kyra Collins from The Sixth Sense, played by Mischa Barton.

Kyra was the ghost who scared Haley Joel Osment’s character several times. She first showed up vomiting in his tent, and later grabbed his ankles from under the bed. Now, Kyra’s story is quite sad, and we’re supposed to feel sorry for her. But did anyone not jump when she lunged out from under the bed? That was one creepy ghost-kid. (Note to kids in the same situation as Kyra–if you inexplicably get sick every time your mom gives you something to eat, you might want to question what she’s putting in your food.) 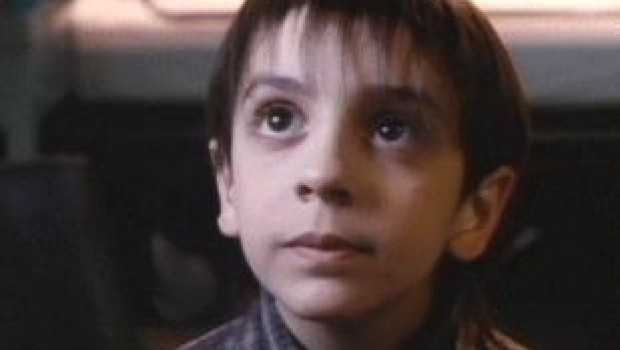 3) Joey Scavello from Servants of Twilight, played by Jarrett Lennon. Was Joey an innocent, persecuted kid, or was he truly evil? He keeps you guessing right until the very end, and even at his most charming, he is creepy beyond belief. Brr! 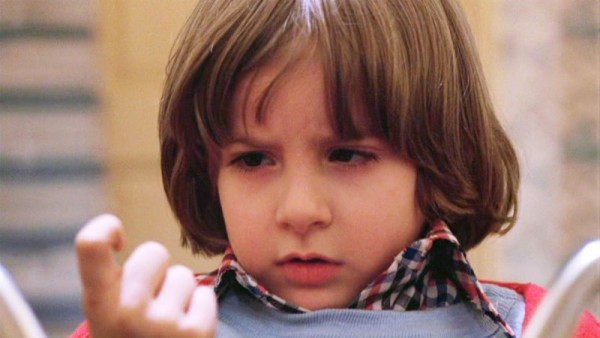 4) Danny Torrance from the original The Shining (1980), played by Danny Lloyd. Danny is another character we’re supposed to feel sorry for. He’s snowed in at a haunted hotel where the ghosts can actually hurt you, his dad is going crazy, and his mom is one of the scariest-looking women to grace the silver screen. It’s not his fault that he can see dead people, is it? Perhaps not, but Danny is so unrelentingly creepy that if that kid woke me up screaming “REDRUM!” in that annoying voice of his, he’s the one I’d be running from. 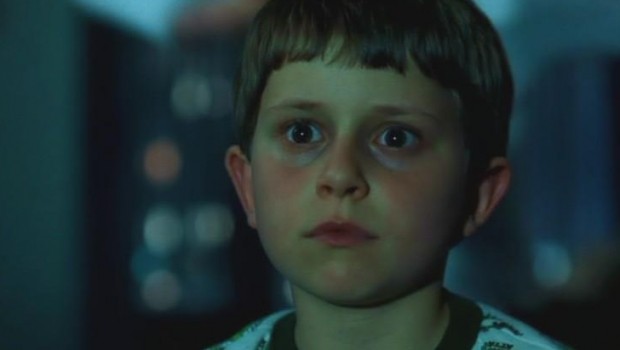 5) And my award for the ultimate creepy kid goes to…Aidan from The Ring, played by David Dorfman. Why does no one in this movie ever acknowledge how strange Rachel’s kid is? It’s like the white elephant in the room no one talks about. For one thing, he calls her Rachel–is she his mom or not? It’s hard to tell–he seems so removed from her. You may be surprised that I chose Aidan–the little boy in potential peril–for this award over Samara, the undead girl who was thrown in the well, but if you ask me, Samara was by far the lesser of the two evils. The scene where Rachel awakens the creepy Aidan to tell him that she’d put Samara to rest and his eyes widen as he says, “You helped her? Why did you do that? She never sleeps.” It still gives me the shivers.

There are some obvious omissions from this list–namely Regan from The Exorcist and Rhoda from The Bad Seed. Why? Well, for one thing, I seem to be the one person on the planet who doesn’t find The Exorcist remotely scary. Regan’s character is gruesome, but she doesn’t scare me, and Rhoda is too campy to be terrifying.

Who would you nominate for this list? And why do you think children are so often used to scare us in horror movies?

P.S. Have you seen my top-ten survival tips for thwarting creepy children and other horror-movie situations?