The bizarre disappearance of Chris Mittendorf and Kristina Branum 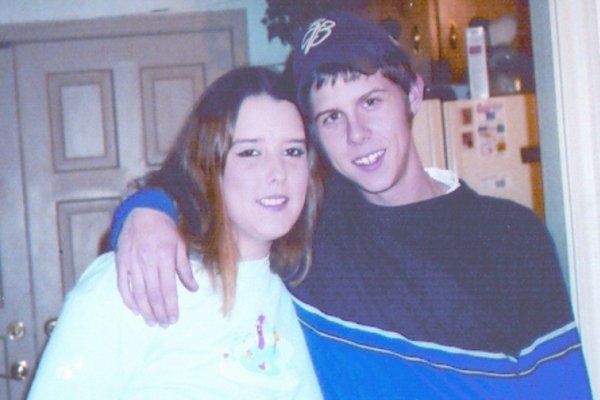 By all accounts, Christopher Mittendorf and Kristina Branum were a happy young couple living in Hardin County, Tennessee. On July 27, 2006, twenty-one-year-old Mittendorf went shopping with Branum, his 17-year-old fiancee.

Although the couple was living together, they did not have a place of their own, and were staying with Mittendorf’s mother, Cheryl Flatt. When Flatt returned to her apartment later that day, she discovered the clothes the two had purchased on their shopping trip were laid out on a bed.

But Mittendorf and Branum had vanished.

Their vehicle – a dark green 1994 Geo Prism – was found unlocked and abandoned near a pond in Lawrence County, Tennessee, five days later. Lawrence County is about fifty or sixty miles from their home. Inside the car was a cell phone, along with some personal belongings.

A witness reported seeing Mittendorf and Branum climb into a white car, leaving the Prism behind. The couple hasn’t been spotted since.

The only lead in the case came from Mittendorf’s mother, who found a lockbox filled with items belonging to career criminal George Baugus in the couple’s room. She wondered if her son and his fiancee might have stolen the items, bringing the wrath of Baugus upon themselves. Unfortunately, I couldn’t find a single mention of what was in the mysterious lockbox, but I’m guessing it wasn’t millions of dollars.

If the couple had issues with Baugus, they weren’t the only ones. The guy’s own wife murdered him in 2010, before he revealed what – if anything – he knew about the missing couple.

Since then, both families have suffered through numerous rumours about their missing loved ones, including tales that Mittendorf and Branum were caught up with a “drug mafia” – whatever that is. The parents don’t know what to believe; they just want the truth about what happened to their missing children.

The lockbox is a mystery, but why would a young couple steal from a career criminal? How would they have even gotten the opportunity? And why did they get into a car with someone that presumably meant to do them harm? Was it someone they knew? Was a gun involved? (And why are these vehicles always white? The only surprise here is that it wasn’t a van.)

It’s been nearly ten years since Mittendorf and Branum went missing. Someone out there knows what happened to them – maybe it’s you.

What do you think happened to the couple? Do you think Baugus had anything to do with it? Any guesses as to what was in the lockbox?

If you have any information about this case, please leave a comment or shoot me an email at jh at jhmoncrieff dot com.

PS…Can’t get enough unsolved mysteries? Check out these popular posts about The Springfield Three and the Dyatlov Pass Incident.