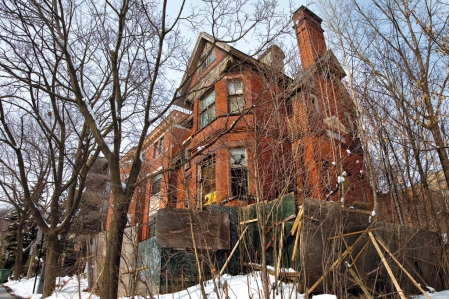 The Redpaths had it all. They were one of the richest families in Canada, heirs to an impressive sugar fortune.

John James Redpath and his wife Ada had five children. By all reports, the Redpaths were a close family, although they seemed to keep to themselves. On the surface, the only thing extraordinary about them was their great wealth.

That was about to change.

At 6 p.m. on June 13th, 1901, John and Ada’s eldest son Peter, 31, heard gunshots coming from his mother’s bedroom. Rushing to help, he found a grisly scene–his younger brother Clifford, 25, and their mother Ada were lying on the floor, mortally wounded.

But that was not the strangest part of this bizarre event.

The police were not called to the home. A coroner’s investigation was opened, closed, and the bodies were buried within 48 hours of the shots being fired. The Redpaths never discussed the tragic events, either among themselves or publicly. 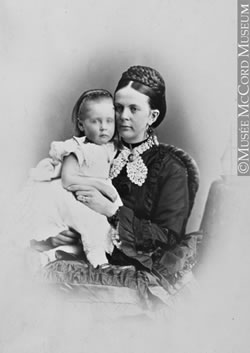 Ada and Amy Redpath when Amy was young.

So what happened to Ada and Clifford? Who murdered them, and why wouldn’t their family want a full investigation?

The secretiveness was blamed on two family illnesses. Clifford had epilepsy, which at that time was little understood and greatly feared. His mother suffered from an illness that we now know was most likely depression.

Many people who have studied the case concluded that Clifford killed his mother before turning the gun on himself. But why? Clifford was a promising law student–only days before his death, he had submitted an application to write the bar examination. It was therorized that his epilepsy drove him to commit the brutal act. 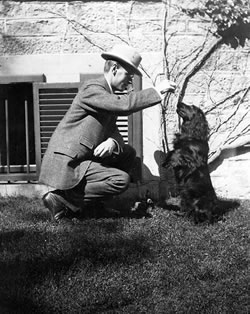 As the only son at home, Clifford was responsible for managing the family fortune. He was devoted and attentive to his mother–as an adult, he traveled with her to New York State in the summer, kept her company, read to her during flare-ups of ill health, and oversaw her care whenever his sister Amy was absent.

Others suspect Ada murdered her son while in the depths of depression, and then killed herself. I find this unlikely.

Women rarely use guns to kill themselves, even today. I suspect it was even more rare back then. If Ada was suffering from severe, untreated clinical depression, the chances that she’d have the energy to kill her son seem slim to none. And why kill Clifford when he had always been so kind to her?

Amy Redpath, the eldest child and only daughter, raised some eyebrows by being controlling at the scene of the crime. But with her mother being so ill, she’d assumed the role of family matriarch for some time. She was also a devoted daughter and sister, and kept a vigil at Ada’s bedside during her mother’s most difficult days and nights. She even rewrote Clifford’s law lectures to help him study.

The deaths of Clifford and Ada did not revert control of the fortune to Amy, as eldest son Peter was still alive. (John James Redpath had passed away a couple of years earlier.) A few uncles also acted as financial advisors.

There were several servants in the house at the time of the murder, but none were obvious suspects.

Although many believe the Redpath case was a murder-suicide, no suicides were reported in Montreal in 1901.

What do you think happened in that bedroom?

Is there an unsolved mystery that keeps you awake at night? Please share it in the comments.