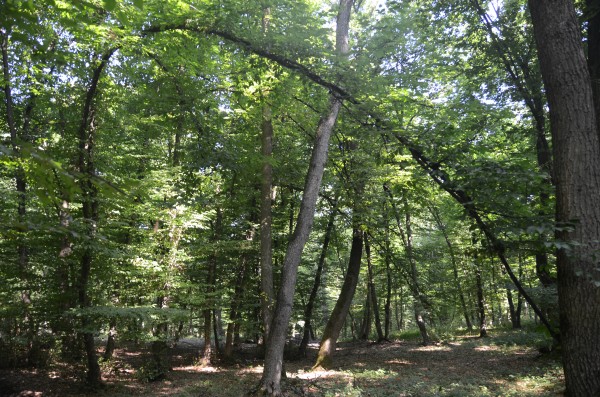 In honour of my upcoming release, Forest of Ghosts, which is set in Romania, including a pivotal scene in Hoia Baciu, I thought it would be worth sharing my real-life experiences in the world’s most haunted forest.

If I believed in omens, I would have been running for the hills.

The morning I was to visit Hoia Baciu in Cluj-Napoca, everything that could go wrong did. I had a dispute with my hotel’s receptionist. Then I discovered that I’d misplaced my credit cards. While I was searching for them, breaking into a sweat because Alex, my guide, was already waiting, I got sick. Violently sick. 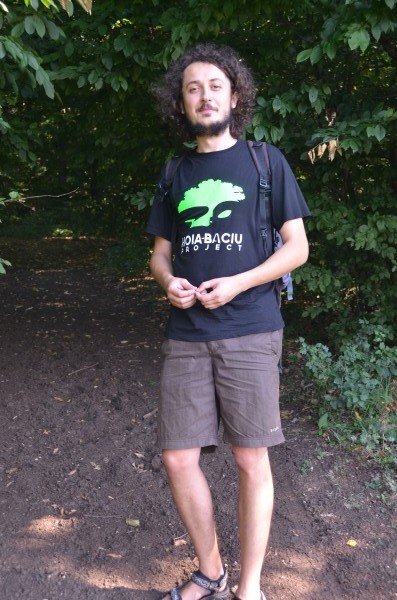 Alex from the Hoia Baciu Project

By the time I finally found my cards, we were thirty minutes behind schedule. We rushed out to meet our driver, who was named Vlad, fittingly enough.

Alex, a purported “paranormal” researcher, came armed with a small electro-magnetic field reader and not much else. To my surprise, my guide was a skeptic with a rational explanation for almost everything that happens in the forest.

After an epic hike up a steep hill, we plunged into the forest.

The first thing I noticed about Hoia Baciu is that it’s cool–much cooler than I expected. The sun’s rays just don’t seem to penetrate.

The second thing I noticed were the trees.

I’ve never seen so many misshapen, malformed trees, and snapped photos of them to send to my botanist friend.

And then I got sick again.

The whole time I was in Hoia Baciu, I felt a tightness in my chest, like I couldn’t catch my breath. My stomach was still unhappy, and I began to feel stabbing pains in my head. I’d read that many people feel sick while in this forest–that’s the reason for a lot of its mystique. I couldn’t figure out why, so I decided I would probably have felt like this whether I was in the forest or not.

Thinking it might be altitude sickness, I asked Alex if we were far above sea level. 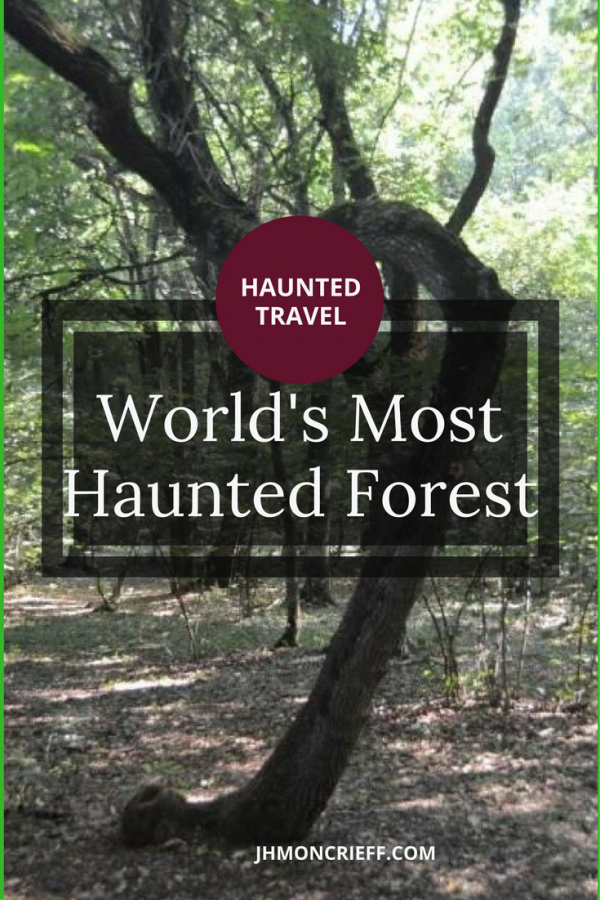 I didn’t feel like anyone was watching me, and I didn’t feel anxious, but I have to say I was never comfortable in Hoia Baciu. It was a beautiful, strange forest, and I tried to think of it that way. I enjoyed seeing all the frogs, the epic snail, the monster mushrooms. But the truth is, I was happy when the tour was over.

My headache vanished as soon as I left the forest. By the time I caught my next flight, all of my other symptoms were gone too, although I did take some heavy doses of Pepto Bismal, so that might explain it.

Is Hoia Baciu haunted? I couldn’t say–I didn’t see balls of light or an apparition, as many people have. What I do know is that this place isn’t good for people. I felt awful there, and I could completely understand people panicking and feeling desperate. In that state, it’s easy for the mind to play tricks and make us believe we’re seeing things that just aren’t there.

I did see a strange mist hovering by a few trees. I’d never before seen a fog so confined to one area. Alex thought it might be the humidity in the air.

All I know is that I was eager to get the hell out of that place.

PS – For scary stories about Hoia Baciu and why it’s believed to be the world’s most haunted forest, check out this post.

If you love mysterious places, join my Hidden Library and get access to free books about the supernatural, ghosts, and other spooky stuff!