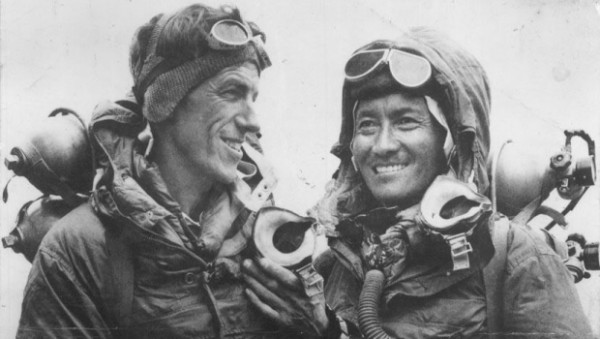 The Rainbow Valley sounds idyllic, doesn’t it? A place where one could expect to find leprechauns frolicking.

The Rainbow Valley isn’t actually a valley at all, but an area just below the summit of Everest’s Northeast Ridge, where dozens of unlucky mountaineers remain frozen in time. Their brightly colored climbing gear is how the “valley” got its name.

You read that right–it’s a “rainbow” of corpses.

Removing a body from the slopes of the world’s tallest mountain is an expensive and risky business, so if you expire in your quest to reach the summit (or, more likely–to get back down), chances are you’ll become part of Everest’s infamous open graveyard. While recent efforts to remove or cover bodies have restored some of the deceased’s dignity, it’s still impossible to climb Mount Everest without seeing human remains. Or having to step over them.

And that’s not the most disturbing part about scaling this mountain: those who do it often face a huge moral dilemma–when confronted by a dying climber, would you abandon your quest to reach the summit (a privilege people pay over $65,000 for)? Or would you leave the stricken behind?

Over 40 climbers passed British mountaineer David Sharp as he was dying in a cave below the summit in 2006. Since getting around Sharp required climbers to unclip from the fixed rope, it’s unlikely he was missed, though many believed he was already dead. By the time Lebanese climber Maxime Chaya saw him and tried to help, it was too late. A Sherpa did what he could as well, putting an oxygen mask on Sharp, who revived enough to tell the Sherpa his name. (Unfortunately, I’ve been unable to find the name of this kind Sherpa–if anyone knows, please leave it in the comments.)

Sir Edmund Hillary, who became famous in 1953 when he and Sherpa Tenzing Norgay were the first confirmed climbers to summit Everest, was appalled by Sharp’s death. Hillary was openly critical of the “commercialization of Everest,” which has resulted in hundreds of inexperienced climbers scaling the mountain, leaving tons of garbage and waste behind.

“I think the whole attitude towards climbing Mount Everest has become rather horrifying. The people just want to get to the top. They don’t give a damn for anybody else who may be in distress and it doesn’t impress me at all that they leave someone lying under a rock to die,” he said.

Not all who are left to die go quietly, however. In 1996, disaster struck the mountain when twelve people died in a storm. (It was the most deadly day in Everest’s history until an ice avalanche in 2014 killed sixteen Nepalese guides.) Beck Weathers, a Texan pathologist and amateur mountaineer, was with a group who got lost in the storm. Weathers, who had recently had radial keratotomy surgery on his eyes, went blind in the high altitude.

Neal Beidleman, a guide with another expedition, left the group to get help. He was successful, but Weathers and a fellow climber, a Japanese woman named Yasuko Namba, were considered too far gone to make it down the mountain alive. Their team agreed to leave them for dead.

After spending an entire night on Everest with no protection from the elements, with the windchill plummeting to an insane 100 degrees below zero, Weathers woke up. With the image of his wife and two children in mind, he staggered to his feet and began to walk blindly in a grid pattern, determined to reach Camp Four. A misstep would have sent him plummeting over the side of the mountain, but Fortune smiled on Weathers that day. When he reached the camp, none of his fellow climbers could believe their eyes. Weathers’ face was black with frostbite, one of his arms was frozen in a salute position, and his hands were as white and hard as porcelain. One of the climbers described him as looking like a “mummy in a low-budget horror film.”

Sadly, even after Weathers survived enormous odds, his fellow climbers still assumed he would die, so they abandoned him in a tent that night. Another storm hit the mountain, collapsing Weathers’ tent, which nearly suffocated him. The 70-mile/hr winds blew off his sleeping bags, leaving him exposed and helpless. If journalist and mountaineer Jon Krakauer hadn’t checked on Weathers before leaving for Camp Four the next morning, the poor man would have been left for dead again.

Weathers’ wife Margaret “Peach” Olson Weathers said, “Where was their basic human compassion? Being in the tent with Beck certainly would not have endangered anyone. If they figured he was going to die, then being there to hear his final words, and perhaps pass them on to those he left behind, would have been a tremendous comfort to us.”

Incredibly, the Texan physician survived, though he lost a hand, all of his fingers, and his nose (a new nose was reconstructed from other tissue and grown on his forehead until it could be sewn into place).

In the climbers’ defence, probably all or most of them were suffering from hypoxia, which occurs when the brain is deprived of oxygen. Hypoxia greatly inhibits decision-making, causing confusion, disorientation, hallucinations, and light-headedness.

Hypoxia is one of the reasons Everest’s Rainbow Valley will continue to glow with coats of many colors. To date, it’s estimated that over 240 people have died on the mountain.

Have you ever wanted to climb Everest? Do the statistics deter you? What’s the most extreme challenge you’ve ever undertaken?

Thanks to Jon Krakauer’s memoir Into Thin Air, Beck Weathers’ memoir Left For Dead, and about a thousand documentaries and websites. I highly recommend the documentary Sherpa, which is a chilling look at the dangers the brave Nepalese climbers undertake to ensure Westerners achieve their Everest dreams.

**Dedicated to the memory of David Sharp and the hundreds who have died on Everest.**