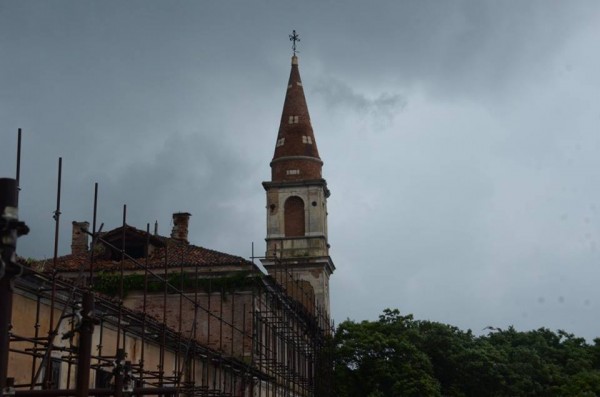 “You realize you are alone on this island.”

Those were the only words the water-taxi driver said before dropping me off on the desolate shores of Poveglia, a little island off the coast of Venice that is rumoured to be the world’s most haunted.

As the gloomy tower of Poveglia first came into view, I was excited, but by the time I stepped out of the water taxi, I was feeling something different. 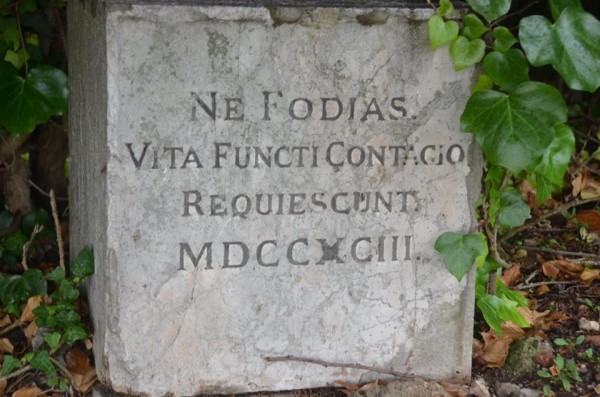 I’m not someone who scares easily. I can’t remember the last time a horror movie or book has made me the slightest bit uneasy. During my tour of the haunted forest in Romania, I felt sick but never wary. But I’ll admit it–I’ve never felt as terrified in my life as I was during those two and a half hours on Poveglia.

I didn’t have the chance to reply to the driver before the skies opened up, unleashing a torrential downpour. There was no time to debate whether or not it was a good idea to go inside one of the condemned buildings–I had no choice but to make a run for it.

Part of the ceiling was missing, and as the water hit rusting metal contraptions many decades old, it very much felt like I wasn’t alone. There were enough strange sounds to give anyone nightmares. I told myself it was just the rain. And the wind. And the angry lagoon, slapping at the shore. 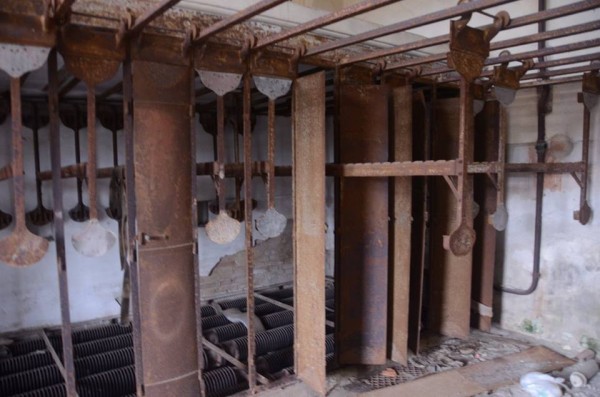 Anyone have an idea what this is?

Was it the power of suggestion? Poveglia, like all good haunted sites, has a dark, disturbing history. Whether it was my imagination or not, I quickly noticed that some places on the island bothered me more than others. The brick structure where I first took shelter was creepy in the way abandoned buildings full of strange metal contraptions are creepy, but compared to how I felt in the asylum, it was almost comforting.

The asylum really unnerved me. I forced myself to explore it as much as I could, although a lot of the rooms were pitch black and I hadn’t thought to bring a flashlight. All I had was my camera’s flash, and I couldn’t help but think of those scary movies where a flash reveals something horrible looming out of the darkness. Thankfully, that didn’t happen on Poveglia, but at one point a pigeon and I scared the crap out of each other (probably literally in the pigeon’s case). 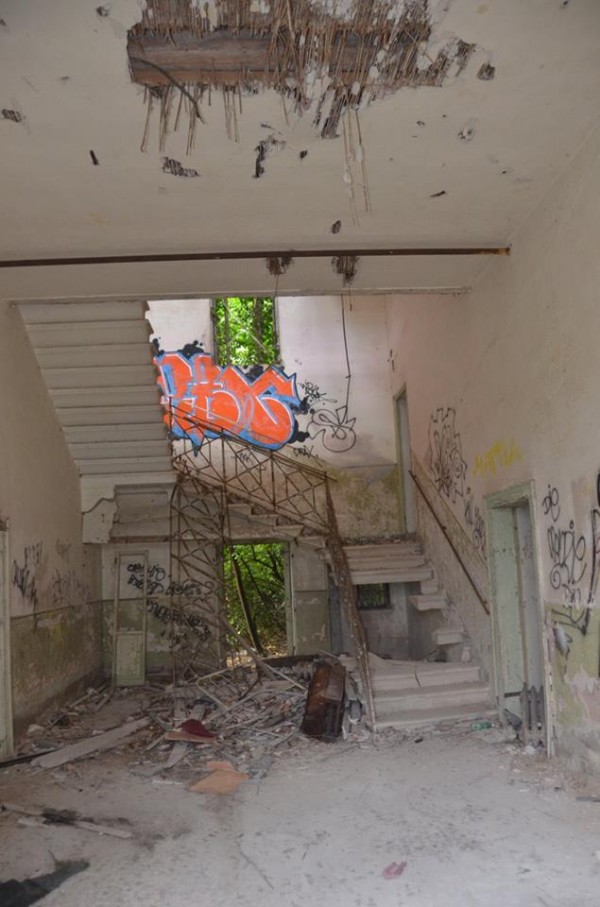 Broken stairs in the asylum. Yes, I climbed them!

Slowly making my way down corridors, flanked by darkened rooms that could have concealed anything–or anyone–I was more than a little on edge. Every time I left that ghastly place, I breathed a huge sigh of relief. I could feel the tension leaving my shoulders. Power of suggestion or not, I was always damn happy to leave. 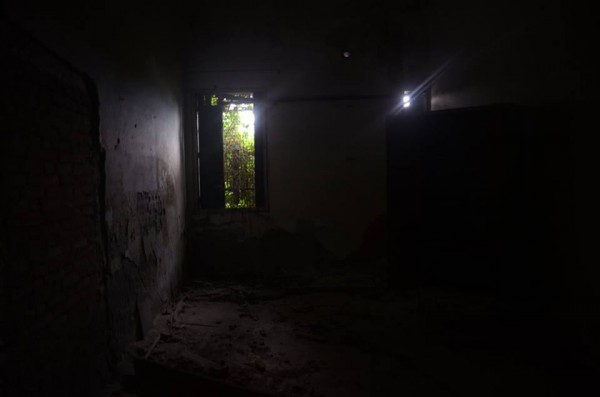 The tower where the mad doctor jumped to his death was the other location that made me extremely uncomfortable. Looking up through the gloom at the rusted metal ladder, I was grateful the tower’s windows were bricked up, making the climb pointless. 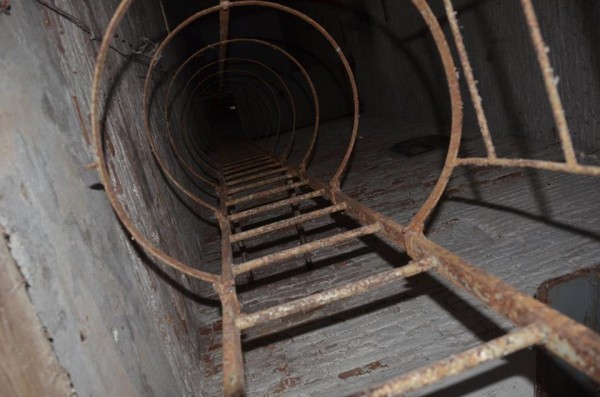 Even I have my limits

Near the end of my visit, when I knew my trusty water taxi was already on its way back, I felt brave enough to speak to the ghosts of Poveglia.

“Hello?” I said, stupidly, before remembering I was addressing Italian-speaking phantoms.

As soon as I repeated the greeting in Italian, there was a noise from the next room. Was it something falling or shifting? The building settling?

Or was the soft-yet-deliberate thud someone’s attempt to communicate?

I’m not sure, but I do know I convinced myself that spending the last ten minutes outside on the shore was a fantastic idea.

Would you visit Poveglia on your own? Any questions for me? I’m happy to share my experiences with you.