Doll maker of the dead 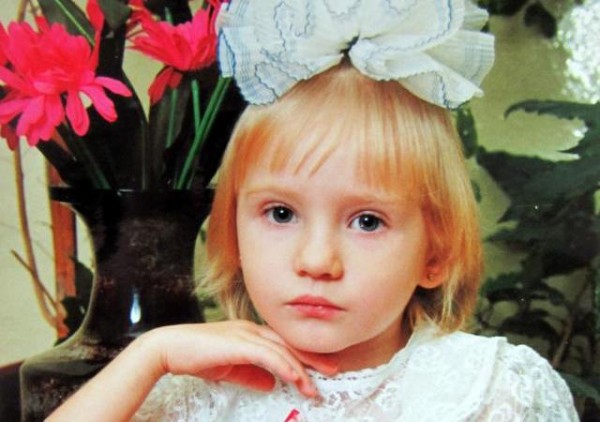 When little Olga Chardymova was just ten years old, she insisted on being able to leave the apartment by herself for the first time. She wanted to show she was a “big girl” by walking to Grandma’s house on her own.

She never made it.

A drug dealer who lived in her building forced her to the top floor and cracked her head open with a metal bar.

It was every parent’s worst nightmare, but things would continue to go downhill for this Russian family.

A year later, the Chardymovas began to notice that something was not quite right with their daughter’s grave. Some of the cherished items they left for their little girl would go missing, and strange stuffed toys would be left in their place. Even worse, regular notes began to appear–letters that addressed their daughter as, “Little Lady,” and which spoke to her as if she were still alive.

Not only that – the distraught parents were positive that Olga’s grave had been disturbed.

They reported their concerns to the police, who were sympathetic, but ultimately, there was nothing that could be done. In the meantime, the mysterious letter writer threatened to destroy Olga’s headstone if it wasn’t to his liking, bending a metal cross and ultimately defacing the headstone with graffiti before demolishing it with an axe.

The stress on the bereaved parents was so great that their marriage almost didn’t survive. The Chardymovas temporarily separated until they were able to heal the rift between them. Unbeknownst to them, other families were going through similar situations. And the police were closing in on the perpetrator.

It took the cops nine years to catch him, and no one was prepared for what they would find.

Anatoly Moskvin was a highly educated historian and self-described genius who can speak thirteen languages. Moskvin also had a very unusual hobby – he made dolls.

On closer inspection, the police discovered that his “dolls” were actually corpses of little girls! He is suspected of robbing over a hundred graves, and had twenty-nine “dolls” in his home at the time of his arrest.

After putting a music box in their chest cavities, Moskvin would mummify the dead girls, dress them in children’s clothes, and decorate their faces with make-up.

Why did he do this?

The doll maker of the dead had several reasons. At one point, he said he was waiting for the time when science would

figure out how to revive them, and at another, he said he wanted to become an expert on mummifying.

The Chardymovas were horrified to discover their daughter’s grave was empty. She had been one of Moskvin’s “dolls” for nine years.

“My girl had been murdered – if anyone deserved to rest in peace, she did, but instead her grave had been robbed,” said Olga’s mother Natalia.

Her daughter has been reburied in an unmarked grave, while Moskvin has been diagnosed with schizophrenia. He is expected to spend the rest of his life in a psychiatric hospital.

If you enjoyed this story, you’ll also like the weird disappearance of Elisa Lam and these tales of black-eyed kids.

Some serial killers, most notably Ed Gein, got their start with grave robbing. Do you think Moskvin would have escalated to murder? What’s the creepiest true story you’ve ever heard?