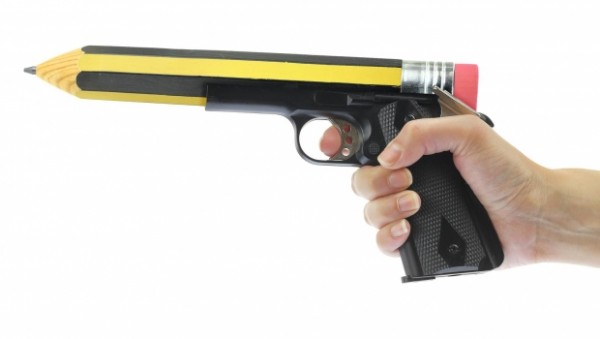 Imagine this, if you will…

You turn on the evening news (or check Facebook or head to your favourite online news site or *gasp!* read a paper), only to discover there’s been another school shooting.

Many children were wounded, and a few died, including the killer, who was still a child himself. Later, when investigators search for answers, they find a copy of your book–which details a similar scenario–in the shooter’s locker.

Sad thing is, this kid wasn’t the first to find your work inspiring in the wrong kind of way.

Or, let’s say you write popular fantasy novels people can’t get enough of. One day, you come up with what you think is a really cool idea that borrows heavily from the traditions of a culture different from your own. When the story is released, you come under huge criticism. It turns out the people whose traditions you borrowed from are really upset. They feel you cheapened their beliefs and worse, marginalized them.

Maybe you’re a romance writer who gets this great idea for a bodice ripper about a married woman rediscovering her sexuality through an adulterous affair. Before you can blink, you’re getting hate mail from women who claim you ruined their marriage. Your book inspired them to cheat on their spouse, and now they deeply regret it.

What would you do if any of the above scenarios happened to you? (You don’t have to be a writer to play along.)

I’ve been thinking about this quite a bit lately.

If I write a book about a serial killer, and the next Ted Bundy claims he got his twisted ideas from my novel, is it my fault?

No. Obviously that man was sick, and he probably would have taken inspiration from something else if he hadn’t found my book.

But what if three serial killers said I inspired them? Or five? Or ten?

At what point are writers morally responsible for how our work affects our readers? 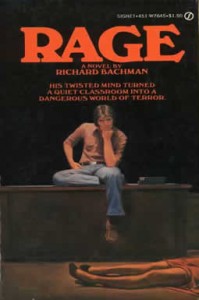 When Stephen King wrote Rage, he was a high school student in the ’60s. He never imagined a world where the basic plot line of that story would play out in American schools over and over again.

But when King heard that four different school shooters claimed Rage inspired them, he immediately asked his publisher to pull the book. And because he is Stephen King, his publisher agreed.

In some ways, King’s actions backfired. As a result of the book going out of print, it’s now more sought after and first editions are extremely valuable, going for as much as $2000 on Ebay. Still, it’s probably a little more difficult for your average high school kid to stumble upon a copy. (Unless they’re capable of a five-second Internet search.)

I recently wrote about serial killer Robert Hansen, who was undoubtedly inspired by a little story called The Most Dangerous Game. Some of my readers commented that Richard Connell’s tale has probably inspired many murderers.

No one is going to take a writer to court because his or her book inspired a school shooter or a serial killer. (At least, I hope not!) We’re not legally responsible for how our work affects those who read it.

But are we morally responsible?

How would you react if the above situations happened to you? Did King get it right? Should J.K. Rowling apologize for deeply offending so many Native Americans, or is it better for her to stay quiet?