Whatever happened to the Springfield Three? 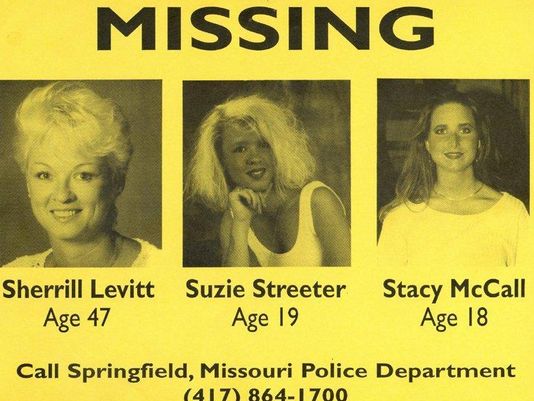 They had their whole lives ahead of them.

Suzie Streeter was 19 on June 7th, 1992. She had just celebrated her high school graduation with close friend Stacy McCall (then 18) in their hometown of Springfield, Missouri. After attending another friend’s grad party, Suzie and Stacy decided to crash at Suzie’s place, which she shared with her mother, 47-year-old Sherrill Levitt.

Some time between 2 am and 8 am on the night of June 7th, all three women vanished. A high school friend of the girls came looking for them at the house at around 8 in the morning. She found the globe over the porch light smashed and the front door open. Except for the broken light fixture, there were no other signs of foul play, but all the women’s purses and cigarettes were in the home and the family dog appeared to be extremely agitated. The beds seemed to have been slept in.

While the teenager was still in the house, the phone rang. The caller was a male who said lewd sexual things until the friend hung up, after which the man called back. The calls freaked the friend out enough that she left the house. Later that afternoon, Janis McCall–Stacy’s mother–arrived at the house looking for her daughter, and found the same strange scene. She immediately felt that there was something wrong, and called police to report the three women missing. Unfortunately, while playing the messages on Levitt’s machine, McCall deleted a message from an unknown man which the police felt could have been evidence. 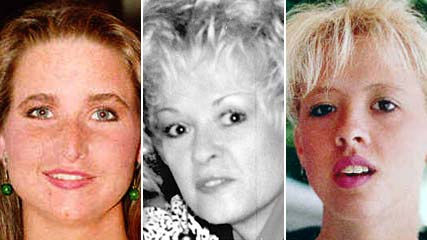 Over 23 years later, the women still have not been seen, but there have been several leads.

It is extremely rare for three women to vanish at the same time. Whatever happened to Sherrill, Suzie, and Stacy? Janis McCall continues to search for her daughter, and holds out hope that the three missing women will be found alive.

Since kidnap victims have been rescued as much as 24 years after their disappearance, it is a possibility.

What do you think happened to the Springfield Three? Do you think the police should dig up the hospital parking garage?

If you have any information about this crime, you can now text an anonymous tip to the Springfield Police Department. Just text 417SPD plus your message to 274637 (CRIMES). You can also call 417-869-8477 (TIPS).