Whatever happened to the lost colony? 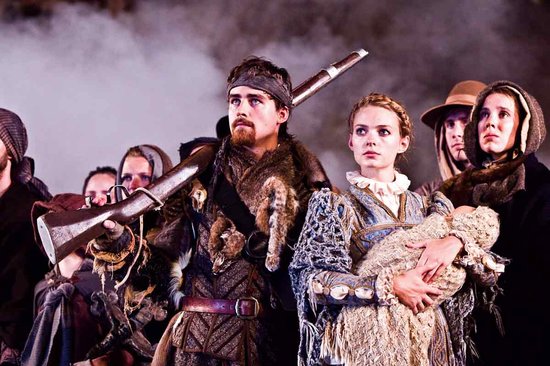 A single person vanishing is disturbing enough. Three people who vanish at once is even harder to understand.

But what about an entire village? It happened back in 1587.

Over one hundred British men and women settled on Roanoke, one of a chain of islands now known as the Outer Banks, located off the coast of North Carolina. The colonists planned to farm and sell wild sassafras, which had significant value back home in England.

John White, the governor of the colony, sailed back to England to pick up supplies for the winter. Unfortunately, as luck would have it, his return was delayed by a war in Spain. When he finally went back four years later, he found everyone had vanished…including his wife and infant daughter.

The only clue was the word ‘Croatan,’ which had been carved into a tree. Croatan was the name of both another nearby island and a local indigenous tribe.

Bad weather hindered the search, and by the time a ship arrived at Croatan, there was no sign of the lost settlers. There wasn’t any evidence or tale of a skirmish between the colonists and the local indigenous people. No graves were found.

White eventually sailed back to England without ever discovering what had happened to his wife and daughter.

One of the most disturbing things about this story was that it had happened before! I’m suspecting White had a terrible case of deja vu, because initially only ten men were left to start a settlement in the same location. When supply ships returned from England, the men had vanished. And yet people still thought it was a good idea to leave another hundred settlers there!

None of the original one hundred and ten were ever found. In spite of countless theories and rumours, the mystery of their disappearance has never been solved.

This enduring mystery continues to captivate archaeologists and armchair detectives alike. The History Channel claimed to have some intriguing new information as recently as this past August.

Have you heard of the lost colony of Roanoke? What do you think happened to it? How do so many people disappear every year without a trace?