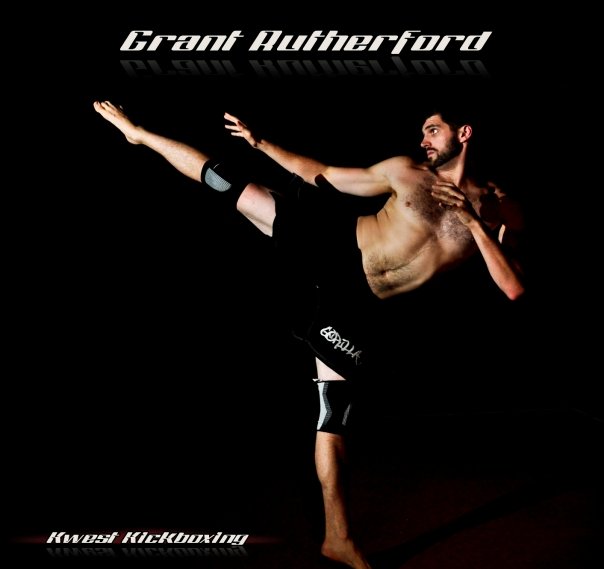 Sorry my blog presence has been so haphazard recently. I’ve just been so busy! Between freelance work and work-work, there hasn’t been a lot of free time.

My training for the green prajioud started today. I received my training schedule from my kru Kelly Westerlund on the weekend, and for the next ten weeks, I’ll be spending at least five days (and sometimes six) at the dojo. At least two of those days are double classes. I’m also keeping track of what I eat and drink, and at the end of March, that information will be sent to a nutritionist. (Who hopefully won’t keel over in horror.)

I came to a very important conclusion halfway through today’s Level 2 class. Fear has ruled me for way too long. I was terrified about being able to pass the running portion of the red prajioud test. I was scared to take the test. I’ve been nervous before every Level 2 class I’ve ever shown up for, and after one of the instructors mocked me, I stopped going to his classes. I’ve been scared to spar, scared to hit a colleague too hard, and scared the cardio will kill me.

One of KWest Kickboxing’s instructors ribbed me about taking it easy on my partner Vanessa during a leg-check drill. He thought my crappy shinpads were the reason I wasn’t kicking her harder, but it was actually because I didn’t want to kick her hard. I like Vanessa. She’s a nice person. She doesn’t make me to want to beat the crap out of her. But, from Vanessa’s perspective, I know that she doesn’t learn much if I take it easy on her. The whole point of Level 2 is to train as fighters, and that means taking a good hit sometimes. (If you take a good hit, you’re much more apt to be conscientious about protecting yourself the next time.) So the instructor took over for me, and proceeded to kick the hell out of my partner, just to demonstrate how it was done. And he really enjoyed it–you could tell.

We moved on to another drill, this time a super cool way to block a hook-style punch. My block wasn’t working the way it should, because to do it right, you have to use quite a bit of force, and once again, I was being wimpy. But Vanessa is super smart, so she told me to pretend I was Grant (the instructor who whaled on her). So I did. And you know what? It worked!

I suppose channeling Grant is just a variation of “fake it ’til you make it”, but I’ve never been able to fake confidence. When I pretended to be Grant, I actually did feel more confident. My blocks got stronger. I suddenly had no problem hitting Vanessa, and she didn’t mind. She hit me right back, just like a good partner should.

I really think Vanessa was on to something here. It may sound silly, but the next time I’m giving in to that wimpy, cringing fear, I’m going to ask myself WWGD. (What Would Grant Do?)

And the answer is easy, of course. Grant would kick your ass.