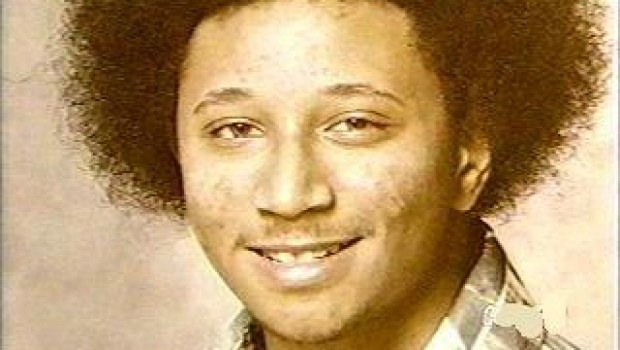 If their evidence was correct, Wayne Williams was responsible for one of the most horrific reigns of terror in American history. Twenty-nine African-American children had been brutally murdered, along with at least two men in their late twenties.

From 1979 until 1981, Atlanta was a city under siege. Parents were afraid to let their children leave the house, even to go to school.

But that wasn’t enough to keep them safe. In one of the most terrifying cases, seven-year-old LaTonya Wilson was abducted from her own bedroom in the early morning hours of June 22, 1980. Her killer managed to carry her past her sleeping brother and sister without anyone noticing. LaTonya’s body was found four months later.

The arrest of Williams should have been cause for celebration. Certainly the police and FBI were happy. But many residents were skeptical.

Where was their monster?

At twenty-three, Williams was younger than his last alleged victim. He’d been something of a local celebrity who’d started a surprisingly successful ham radio station when he was still in high school. He was soft-spoken, gentle, and cooperative. FBI profiler John Douglas of the Behavioural Science Unit said he looked more like the Pillsbury Doughboy than a serial killer.

Atlanta’s African-American community responded to Williams’ arrest with outrage. White supremacist groups were to blame for the murders, some said. The Klan was determined to wipe out their entire race. And yet–

Williams, as calm and soft-spoken as he was, fit the FBI’s profile to a T.

Scratches had been seen on his face and arms after some of the disappearances. Witnesses could place him with some of the victims, though he claimed he didn’t know any of the missing children. Williams, with his goal of finding and managing the next Jackson 5, had the perfect opportunity to approach young people and win their trust.

Although he had a book on how to beat polygraphs, he still managed to fail a polygraph exam twice. Fibers from nineteen sources, including his bedspread, carpeting, car, and dog, had been found on a number of the victims (this was long before DNA). The carpet fibres were considered highly significant since they were so rare.

Williams was charged with the murder of the two adult victims, Nathaniel Cater and Jimmy Payne, and received two life sentences. He is still in prison. While he was never tried for the deaths of any of Atlanta’s missing children, the police declared the cases closed. Understandably, the parents of the murdered children were furious, but the state explained it would be too expensive to try Williams for the rest of the murders.

To this day, a lot of people think Williams is innocent, and that there is a police cover-up involved. Douglas, now retired from the FBI, believes the forensic and behavioural evidence shows that Williams killed at least eleven of the children. He had this to say in his book Mindhunter:

Despite what his detractors and accusers maintain, I believe there is no strong evidence linking him to all or even most of the deaths and disappearances of children in that city between 1979 and 1981. Young black and white children continue to die mysteriously in Atlanta. We have an idea who did some of the others. It isn’t a single offender and the truth isn’t pleasant. So far, though, there’s been neither the evidence nor the public will to seek indictments.”

Montana police sergeant John Cameron suggested serial killer Edward Edwards was responsible for some of the murders that plagued Atlanta, but he also thinks Edwards was the Zodiac killer and the murderer of JonBenét Ramsey and Chandra Levy, among others, so that seems a tad far-fetched.

In 2007, DNA testing on two human hairs and several dog hairs found on some of the victims failed to exonerate Williams. While there wasn’t enough of a sample for conclusive proof, the DNA sequence matched one in one-hundred dogs, including Williams’ shepherd, and the DNA in the hair samples would eliminate ninety-nine point five percent of all African-Americans…but not Williams.

Williams continues to protest his innocence, and has never confessed to any of the murders, although when asked by the prosecutor at his trial if he “panicked when he killed those kids,” Williams answered “No,” before going ballistic and throwing a temper tantrum. That outburst on the stand may have led to Williams’ conviction. Previously, the jurors were having a hard time seeing the mild-mannered talent scout as a killer.

What true crime case keeps you up at night? If there’s one you’d like me to profile, please let me know in a comment.

P.S. If you liked this post, you’ll want to read this.