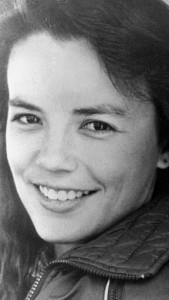 Out of all the true crime stories I’ve read, one sticks with me and won’t let go. It’s the strange case of Julie Weflen, who went missing near Riverside State Park in Washington state in 1987.

Gentle, good-hearted, and strong-willed, Julie was one of the few female operators for the Bonneville Power Administration (BPA). Her job required her to work at power substations in remote locations.

On the day she disappeared, there was a report that nitrogen was low in one of the transformers at the Springhill substation.

Her coworker told Julie she could let it go for the day, but she told him she had time to resolve the issue. The twenty-eight year old disappeared at about 3:30 p.m. from the substation near where the Four Mound and Coulee Hite roads meet, northwest of Spokane.

Her hard hat and toolbox, a water bottle and a pair of sunglasses lay on the ground next to the truck. Her purse was still in the work rig. The truck’s driver-side door and back hatch were open.

Randy Ridenhour, who was BPA’s liaison for law enforcement, said police told him at the time it appeared Julie had been overpowered by two people.

Gravel showed signs of a struggle, including what appeared to be drag marks. A fresh tire pattern, not belonging to Julie’s vehicle, was found near the substation.

Mike Weflen, Julie’s husband, was originally a suspect, even though he was painting a house fifty miles west of Spokane when she disappeared. He searched for his young wife for years with a devotion bordering on obsession, until finally accepting he would most likely never find her. Weflen eventually remarried and had a family.

A retired BPA engineer sparked new interest in the case three years ago when he decided to investigate Julie’s disappearance with a group of fellow retirees. The group has amassed a list of about fifty women who went missing or were killed in the Spokane-Coeur d’Alene, Idaho area from the mid-1960s through 2011. Among them:

— Schoolteacher Debra Jean Swanson, 30, failed to return from a popular lakeside hiking trail in nearby Coeur d’Alene on March 29, 1986, and hasn’t been seen since.

Julie is not believed to be a victim of notorious serial killers Robert Lee Yates Jr., the so-called “Spokane Killer” who confessed in 2000 to thirteen murders beginning in 1975, or “Green River Killer” Gary Ridgway, who murdered forty-nine people between 1992 and 1998.

So what happened to Julie? Even though she was tiny, at five-foot-two and just over one-hundred pounds, she was strong and 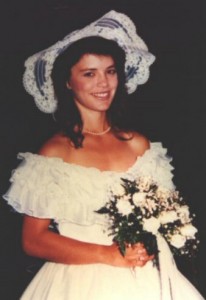 competent. Those closest to her are certain she would have fought for her life. This could explain the signs of a struggle, which made it seem like two people kidnapped Julie. While there have been cases of murderous pairs, most crimes of this nature are committed by one person.

Local police no longer consider Julie a missing person. Her disappearance is regarded as a homicide. But if she was killed, where is her body?

Sadly, Julie’s mother passed away in 2006 without ever knowing what had happened to her daughter.

BPA is offering a substantial award of $25,000 to anyone who comes forward with information that leads to the resolution of this troubling case.

Julie is Caucasian with brown hair and brown eyes. She has a scar on her back, and a metal rod implanted in her spine. If you have any information concerning Julie Weflen, please call the Spokane County Sheriff’s Office at (509) 477-4760.

What do you think happened to Julie?

With files from The Spokesman Review.