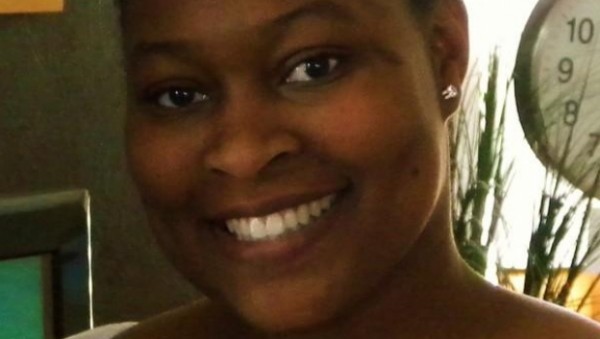 I’ve had my fair share of creepy moments in my life. I remember hearing voices and strange sounds at night when I used to visit my great Aunt Susie in Memphis. I remember a time when I seriously thought a feral gray cat with a scratch over its left eye was hunting my sister and me, and that’s before I even knew I was allergic to them. I even remember driving down a dark, seemingly deserted, road on my 16th birthday, seeing what my friends and I thought were dead wrapped bodies being pulled out of a ditch on the side of the road. Most of the creepy events in my life were as real as the hair on my head, but were never actually confirmed.

The three most creepy and confirmed moments in my life didn’t involve strange voices or sounds, but I’m pretty sure I’d be haunted by them to this day, had my friends not stuck by my side through it all. I won’t be able to talk in detail about these creepy encounters, but I can tell you about one of them.

Imagine being the little sister of the most popular girl in school. You’ve always been assumed to be older than you are, which only makes your life harder now that you’re in high school surrounded by horny boys who don’t care that you’re actually only 14. You’re a smart girl, active in the science club and other social and academic after-school programs. After about a semester, you begin to feel like maybe, just maybe, it’ll be okay just being you. You don’t have to worry about trying to be cool like your sister or dating some guy because people expect you to.

One morning at your locker, you notice a piece of paper hanging out. When you open the locker, it falls to the floor. You pick it up and open it to reveal a drawing of you. Already your mind is set to thank the friend you think drew it, even though you wish he hadn’t made your body seem so mature. You begin to tense up when that friend adamantly denies drawing the picture, but tells you it looks good and take it as a compliment. A few days go by with more pictures showing up in your locker.

One day after school, while preparing for the winter show, a student you’ve seen before but don’t really know tells you that some guy is in the building looking for you. Your friends scoop you up and take you home right away. The next day another note with a flower is taped to the inside of your locker and all the after-school students are talking about the boy who used to go to school there and how he walked all the way back to find some girl before he was escorted away.

That’s when you decided it was time to get parents and teachers involved. After a few meetings and the issue of a key lock for your locker, you finally figured out who your “admirer is.” You remember being nice to a boy at the beginning of the school year. He was upset that he hadn’t made the JV football team and that his parents were splitting up. He’d said, “I’m glad I have to go to a new school. It’s not like I have any friends here.” Then you remembered your response – “Too bad you have to move. We were just getting to know each other. I hope things work out at your new school.” You were nice to him because he was having a bad day, but you didn’t even know his name.

After a few weeks had gone by and no more notes were found and no sightings of the boy were reported, you eased up and rejoined the world. That’s when he found you at the mall and asked why you were avoiding him. You called for security. They removed him and you stayed home for a few more days. Eventually you learned that the boy was seeking counseling and had agreed to stay away from you.

Well, I can imagine all this because it happened to me. In the long run I was blessed. He never tried or succeeded in harming me or anyone I know. The crazy thing is that was just one of three encounters I had with stalkers in my youth. Through it all, my family and friends stuck by me. Unlike so many others who experience this, no one ever questioned me about what I did to lead them on or alienated me because I kept attracting “weirdos.”

So that’s it – one of the most creepy moments of my life. Sorry there were no ghosts or ghouls to speak of. I mentioned the support of my friends throughout this experience to express the importance of friendship. I include it as a major theme in everything I write, from my speculative series, Eternal Curse, to my new and latest release, It’s Like the Full Moon, a contemporary romance. In my latest book, released under the name Glorie Townson, I don’t tackle stalkers, but I do test the limits of these friends and they all prove to be “true blue.”

What is the creepiest moment you’ve experienced? Did your friends and or family believe you and/or stick with you through it?

Rebecca has just turned thirty. She’s happy living a perfectly comfortable and predictable life. She’s even ready to marry her long-time boyfriend whenever he finally gets around to asking her. But all that changes when her best friend whisks her away to Italy for a much-needed vacation.

In the midst of site seeing and finally letting loose, Rebecca manages to catch the eye of a young English tourist; but doesn’t let it go to her head. By the time she’s back in the States and back in the arms of her long-time beau, Rebecca has already forgotten about Peter, Paten, Paul…whatever his name was, that is until he shows up at her brother’s cabin in the woods.

A life of normalcy, routine, and stability gets turned upside down as Rebecca decides whether or not she’s truly ready to get married. And if so, who is the one she’s really meant to be with?

You can purchase It’s Like the Full Moon on Amazon.

Glorie Townson is more than just a pen name for the author, Toi Thomas; she’s an entirely different personality. Glorie is the softer side of Toi, who puts down her comic books and picks up a volume of Robert Frost poems. Like Toi, Glorie is happily married to her wonderfully supportive husband, and together they share a home with their pet turtle, Betty. This is Glorie’s first publication, but she’s already feeling the inspiration to pen another tale, which she’ll gladly share with the world.