The Wisdom of Little People 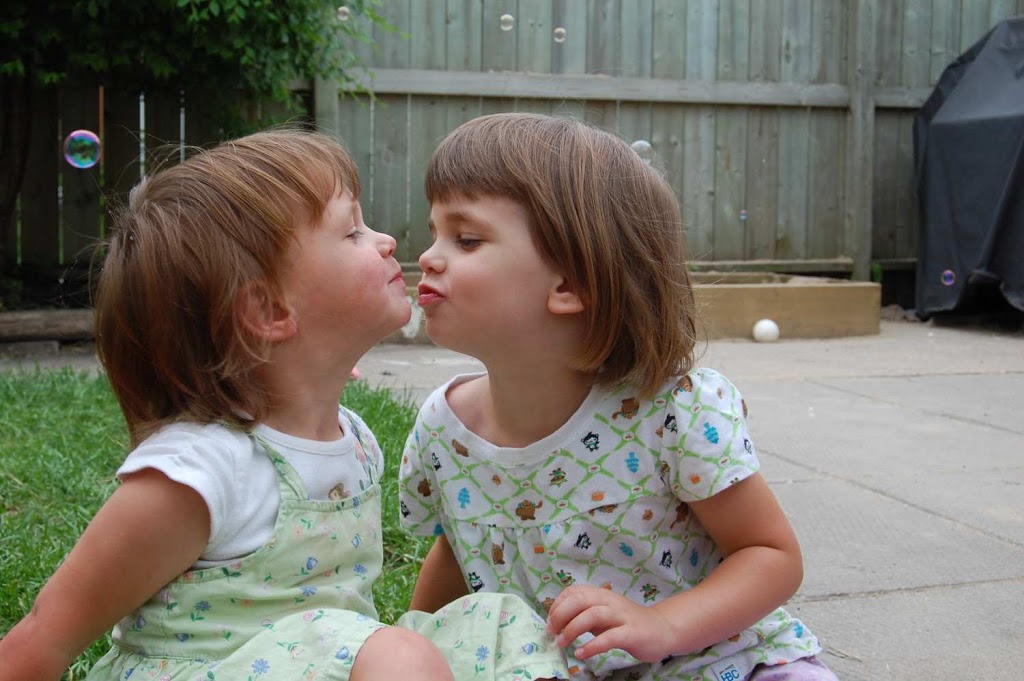 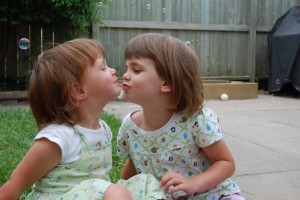 Last night I spent some time with an old friend. Lisa and I met in college, shared an apartment in our early twenties, and have been friends ever since. Now she’s married, has two children, and runs her own company. My life has stayed pretty much the same. We don’t see each other as often as we should, but whenever we get together, it’s always a blast and I’m reminded of how very lucky I am to have her as a friend.

One of my greatest regrets about our crazy schedules is that I don’t get to see her girls very often. Livi is almost four, while Jovi is two. I would really like to be a better auntie. I remember how important my mother’s friends were to me as I grew up. I loved them to pieces, and even used to stay overnight at “Aunty Carol’s” or get advice from “Aunty Merle”. 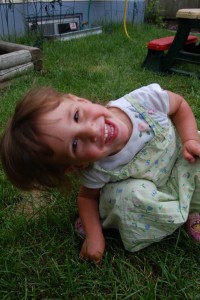 It had been a regrettably long time since I’d seen the girls, but as I opened the door (after wandering in a confused daze around the neighborhood for thirty minutes–you know you don’t see someone enough when you can’t find their house!), Livi catapulted her little body into me and hugged my legs. I was so surprised by her lack of shyness and unabashed affection. And it didn’t end there. From the moment I walked in until the time they went to bed, I had one or both girls climbing onto my lap, playing with me, giving me kisses, or getting piggyback rides. Livi was a gentle sweetie, always wanting a hug, while her little sister Jovi has become a firebrand–hurtling herself into me and laughing like mad. Poor Lisa probably didn’t get the adult visit she had hoped for. Her girls are quite a distraction.

Which brings me to the point of this post. I think everyone can benefit from time with children. I don’t plan on having any kids of my own, so I’m often moved to tears by things that your average parent accepts on faith–the complete trust of a child who slips her hand into yours, or the way your heart swells when they whisper “please don’t go”.

Since the end of April, I’ve been writing most days about living your best life, and I mostly talk about writing and kickboxing as a way to get there. But kids–the ones who have relatively happy, abuse-free existences, that is–are already living their best lives. They have no problem asking for what they want. They aren’t afraid to show love, because they haven’t learned the pain of rejection yet. They just have FUN–with whatever they’re doing, whenever they’re doing it. Even exercise is fun when you’re a kid. I watched Jovi and Livi run around for hours without ever fretting about how many calories they were burning. I also saw them greet their pieces of cake with squeals of glee–there wasn’t a moment of hesitation.

Of course we all have to grow up. And it’s unavoidable that all the disappointments, heartaches, and rejection we face on that journey to adulthood will change us, harden us. I still think there’s a lot we can learn from the littlest members of society. People always say we should live each day like it’s our last. I think we should live each day like we are children again, entranced and delighted by everything we see. Go ahead and hug your friend like she’s the most precious thing in the world. Ask someone you care about not to go, to stay a little longer. Want something? Ask for it. Say what you mean.

And if you want to take it a step further and have a temper tantrum in the boardroom, I won’t hold it against you.

What’s the most important lesson you’ve learned from a child?

Thanks to my wonderful friend Lisa for letting me use her family photos, and for the incredible evening. She is an amazing mother and friend.