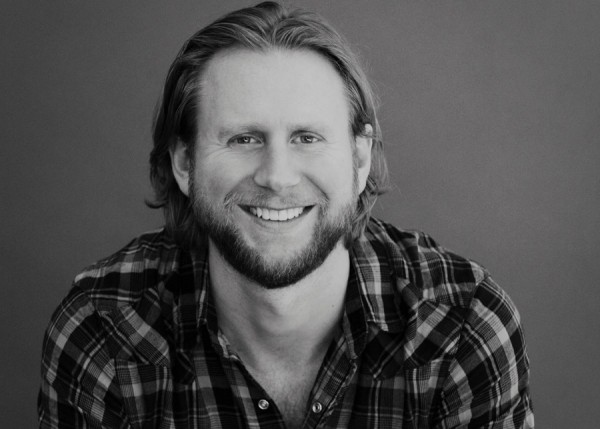 Today’s scary true story comes courtesy of Brian Kirk, who writes psychological horror. One of the best things about being with Samhain Horror is all the amazing people I’ve gotten to meet. Brian is one of them–I’ve only met him online, but he’s been incredibly helpful and generous with his time. An all-around great guy.

Q1) I hear you’ve had some scary experiences in real life. Can you tell us about one of them?

A1) While my scariest life experience was learning that, no matter what, I would one day die, that doesn’t make for an entertaining story. So I’ll go with this one instead.

I used to live in a large home owned by my ex-stepfather, who, unbeknownst to us, was a conman running a major pyramid scheme. This house was a huge, sprawling ranch with long, flowing hallways and spacious rooms with tall ceilings, twenty feet in some rooms. I never felt comfortable in this house. There were too many places to hide.

On this particular night, my sister and I were home alone with a babysitter. I was probably 8 and my sister was around 5. The sitter was a neighborhood girl, probably 14. It was fairly late for us at the time, maybe 10 p.m., or so, and we were playing tag inside the house (I’m telling you, this house was BIG). The babysitter had me cornered in the main foyer area, which was quiet at this time of night, when somebody started yanking on the front doors really hard like they were trying to break in. They weren’t knocking; they were trying to throw the doors open as quickly as possible–to break them if they could. We froze, not sure what to do, just watching these large doors being violently shook and hoping that the locks would hold.

Eventually, the shaking stopped and we mustered the courage to peek out the windows. But we didn’t see anything. The sitter waited a little while and then went outside to look, but didn’t encounter anyone. We went to the family room, which was backed by a wall comprised of floor-to-ceiling windows, to watch TV and settle down. It wasn’t long before we heard the back gate open. We looked out and saw shifting shadows as though someone was approaching. We ducked down behind the couch, certain that someone was looking at us through the windows. But once we got the courage to look, no one was there.

Q2) What do you think was at the door?

It’s hard to say. While it could have been one of my neighborhood friends, it was a bit too late for one of them to be out on their own. Plus, they would likely have owned up to it. Especially if they were trying to scare us as a joke.

It was a suburban neighborhood in an upscale part of town, so it wouldn’t have been a random straggler. Although it could have been a burglar who had been casing the neighborhood.

If it truly was someone with nefarious intentions, I think it may have been someone whom my stepfather had screwed over and was out for revenge. There were a few other incidences that make this a real possibility.

Q3) How did this experience influence your writing?

A3) I’ve always been drawn to the dark, and fascinated by fear. My childhood imagination was always putting a claw-handed serial killer right outside my window. And I loved to watch horror movies that were explicitly forbidden – the more grisly, the better. This was a different flavor of fear, however. A more immediate, and primal kind. One that reduced my body to its base animal instincts (which, in my case, were to cower, whimper, quiver, and release a few squirts of pee.) I would have made a pathetic cave man.

I can’t honestly say that this experience directly influenced my writing. Writing is influenced by the amalgamation of our life experiences, I think. Of which this is a component part. I still remember this moment, however, which meant it made a lasting impression on me. Knowing what causes the mind to store a memory in its permanent folder is helpful when attempting to write memorable fiction.

Also, when it comes to horror, one can’t expect to scare someone else unless he has been scared himself. And I have a master’s degree in terror, particularly the existential type.

Okay, blog readers, what do you think was at the door? 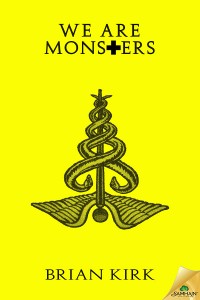 The Apocalypse has come to the Sugar Hill mental asylum.

He is the hospital’s newest, and most notorious patient – a paranoid schizophrenic who sees humanity’s dark side.

Luckily he’s in good hands. Dr. Eli Alpert has a talent for healing tortured souls. And his protégé is working on a cure for schizophrenia–a medicine that returns patients to their former selves. But unforeseen side effects are starting to emerge. Forcing prior traumas to the surface. Setting inner demons free.

Monsters have been unleashed inside the Sugar Hill mental asylum. They don’t have fangs or claws. They look just like you or me.

Brian Kirk lives in Atlanta with his beautiful wife and rambunctious identical twin boys. He works as a freelance writer in addition to writing fiction, and is currently working on the second book in a planned trilogy. WE ARE MONSTERS is his debut release.