The True Story Behind “Child’s Play” 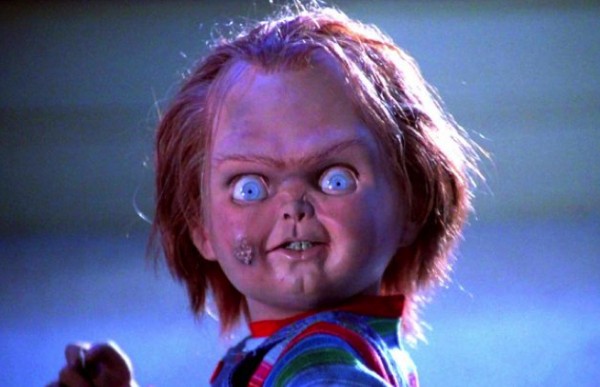 Since the first movie was released in the 1980s, the Child’s Play franchise and its cursed doll Chucky have become horror-movie classics.

But did you know Chucky is based on an actual voodoo doll? The real thing is so much creepier than the Hollywood version. It even looks creepier. 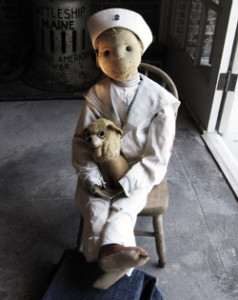 Image from the Key West Art and Historical Society

Key West artist and author Robert Eugene (Gene) Otto was given the homemade “Robert the Doll” in 1906, when he was six years old. One of his family’s Bahamian servants made the spooky-looking thing out of a wire frame, cloth, straw, and hair from Gene’s own head. This same servant was apparently mistreated by the family, had recently lost her own child when she was ordered to take care of Gene, and was skilled in black magic and voodoo. Of course she was. If you’re going to mistreat a servant, maybe choose one who doesn’t know voodoo. Or at least don’t let her use your child’s own hair on a doll.

Gene loved his creepy new friend, and his parents didn’t think much of it when their son began chattering away to the doll. However, it did give them pause when the doll answered back–in a completely different voice.

Robert the Doll was apparently the jealous type, and soon Gene’s other toys were mutilated. Neighbors reportedly saw the doll watching them from different windows when the family was known to be away from the house.

As Robert’s hold over the family grew stronger, Gene’s parents heard the doll giggle. They caught glimpses of it moving through the house. (This maybe would have been a good time to get rid of the doll.) When their son screamed in the middle of the night, they would rush to his room, only to find furniture knocked over and Gene terrified. Of course Robert the Doll was blamed for the destruction.

Soon people outside the family learned that Robert was not an ordinary doll. A plumber fled the house after it snickered at him. Other visitors swore the doll blinked and its expression changed.

Robert’s influence didn’t end when Gene grew up. Once Gene’s parents died, he moved back to his childhood home with his wife Anne, and was soon reacquainted with his old fiend. Anne took an instant dislike to the doll, swearing she had seen its expression change.

When the doll was confined to the attic, guests heard unexplained footsteps, laughter, and movement upstairs, even though no one was there. Pedestrians saw the doll staring at them from the home’s windows, and children began crossing to the other side of the street as they approached the house. Some kids claimed the doll taunted them. Gene found Robert in a rocking chair on the main floor time and time again. He kept putting the doll back in the attic, but it always returned to the chair.

Gene died in 1974 and his house was sold, along with Robert the Doll, who was in a trunk in the attic. The new family’s ten-year-old daughter claimed the ugly thing as her own, but soon regretted it. Her other dolls were mutilated, and it wasn’t long before she began having night terrors. She claimed that Robert moved about the room and had even attempted to attack her on multiple occasions.  When the family discovered their dog tied tightly with cord, they returned the doll to the attic.  As an adult, the girl still insisted that Robert the Doll was alive – and evil.

You can visit Robert in the Fort East Martello Museum in Key West. If you want to take his picture, y 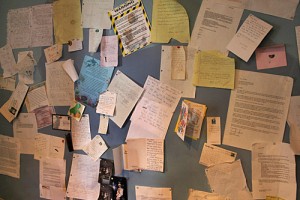 ou have to ask his permission. The museum is full of letters of apology from those foolish enough to snap a photo against the doll’s wishes.

Had you heard of Robert the Doll? Do you believe a doll can really be cursed? Would you visit or own a cursed object?

While I was researching this post, I was startled by the similarities between Robert the Doll and the cursed bear in my latest book, The Bear Who Wouldn’t Leave. Life really is stranger than fiction!