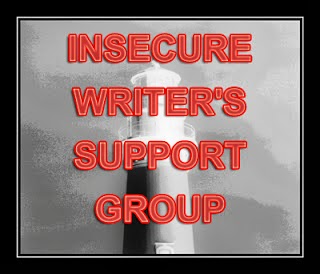 Whenever I’m highly productive, I get to a point where I’m tempted to quit.

Seems silly, doesn’t it? When I’m not productive, I cycle through a wide range of negative emotions: guilt, sadness, low self-worth, you name it. Why am I so lazy? Why can’t I live up to my full potential?
Then something clicks, and I’ll start writing again. Or exercising. Or keeping a decent house–whatever has been nagging me and bothering me for some time.
Following the Seinfeld method has been awesome for my productivity. I’m writing fiction, marketing my fiction and freelance work, cleaning, and exercising five days a week. I’ve lasted an entire month without breaking the chain, and see no reason to stop.
But adding so many things to an already full schedule comes at a price. When I considered taking on the Seinfeld method, I thought it would be challenging–but doable–to replace three hours of “fooling around” with being productive.
It was a worthy goal, but I’ve learned something important. That “fooling around” during the day? It could also be called “taking a break.” And if you’re going to function at a high level, you need to take breaks. Breaks keep you from going stark raving mad. Maybe I didn’t need three hours worth of breaks, but I definitely needed some.
I also realized that a lot of things were going to have to change if I wanted to stay this productive. I’m a natural night owl, but staying up until four in the morning wasn’t going to fly anymore. It made me a zombie the next day.
My eating habits will need to improve as well. But even with healthy food and rest breaks and sleep, being this busy leads to stress. And that stress has to get released. If you don’t find a productive way to release it, it will find an ugly way–trust me on that.
It seems oddly counterproductive to add something else to an already crazy schedule, but when you’re too busy to take care of yourself is exactly when you need it most.
So I returned to my own personal stress release valve–muay thai.
I’ve been exercising five days a week with the Seinfeld plan, but nothing is the same as martial arts. A muay thai class takes your brain, your heart, your lungs, and your entire physical and emotional being and works them until you have nothing left.
As soon as I walk into the dojo, I’m surrounded by friendly people who are genuinely happy to see me. I get an incredible workout that completely exhausts me. I also have a lot of fun, even though it’s a gruelling test of willpower and endurance. And afterward, I’m able to bask in a huge sense of accomplishment. Four great sources of stress relief in a single class!
I didn’t want to go to kickboxing. I was tired, the weather was dreary, and I had a ton of work to do. But I had to go. Sometimes the best thing you can do when you want to quit is take a break.
How about you? Do you think breaks are important? What’s your personal stress release valve?
The Insecure Writer’s Support Group’s purpose is to share and encourage. Writers can express doubts and concerns without fear of appearing foolish or weak. Those who have been through the fire can offer assistance and guidance. It’s a safe haven for insecure writers of all kinds!
Thanks for reading!