The strange case of the reincarnated Egyptian 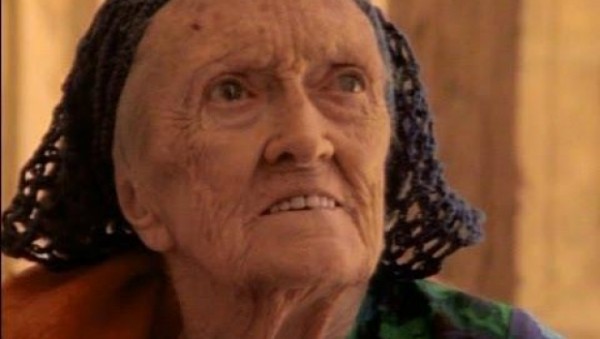 Imagine you have a perfectly “normal” child, happy and healthy.

Then, one day when she is three years old, she falls down the stairs, is knocked unconscious, and declared dead by the family doctor.

When the doctor comes to retrieve your child’s body, she is awake and playing again, as if nothing has happened. Wonderful, right? Only problem is, you know she is not your daughter anymore.

This is what happened to the parents of Dorothy Eady in London in the early 1900s, sparking one of the strangest–and most convincing–accounts of a past life.

After her near-death experience, Dorothy pleaded that she be allowed to return home, describing her life in a large building with columns. She began to speak with a strange accent, and had an inexplicable knowledge of an ancient religion. Her parents no doubt dismissed all this as a child’s fantasies…until they took Dorothy to the British Museum a year later.

When they reached the Egyptian rooms, Dorothy ran through the exhibits, kissing the statues’ feet. When she saw a photograph of Seti I’s temple, she exclaimed “There is my home, but where are the trees? Where are the gardens?”

As an adult, Dorothy moved to Egypt and became known by the name Omm Sety. She worked for the Department of Antiquities and settled in Abydos, where Seti I’s temple is located. She spent a good majority of her adult life as the Keeper of that temple. Dorothy was extremely open about her “past life,” and would worship Egypt’s ancient deities in the old ways, claiming to be the reincarnated priestess of Seti’s temple.

As if that weren’t bizarre enough, she made a number of discoveries based on her “memories.” Following her direction, Egyptologists found the temple’s ancient garden–right where she said it would be. To this day, noted Egyptologists don’t deny her discoveries or her astonishing knowledge of ancient Egypt. If you’re interested in her other discoveries, there were quite a few, which you can find on Wikipedia.

Aside from her insistence that she’d been reincarnated, Dorothy appeared quite sane and thrived in both her personal and professional lives until she died in 1981.

As I prepare to visit Egypt myself in just over a week, I find Dorothy’s story especially interesting. What do you think–do you believe in reincarnation? If not, how do you explain stories like her’s? What would you have done if you were her parents?