The haunting of Abercromby Square 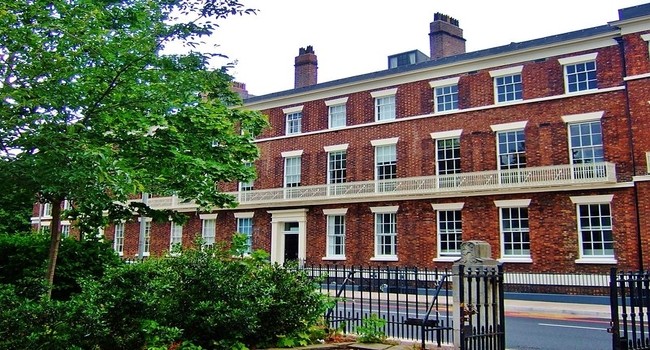 Before I begin this week’s tale of terror, some most welcome writing news!

My publisher has chosen the winner of the Name My Book contest, and the lucky recipient of all the honors, including unlimited bragging rights, is JG Faherty with his suggestion, Valley of the Sasquatch. (I told you Severed loves titles that tell the reader what the book’s about.) Congrats, JG, and thanks to everyone who entered for their fabulous suggestions. There were some really great titles in the mix.

In other news, I have a new agent! Once burned, twice shy, as they say, but I decided it was time to put the past behind me and take a chance on another agent. Rosie Jonker from the Ann Rittenberg agency was so excited about my novel and my writing, and her enthusiasm and patience with my skepticism went a long way. I’m thrilled about working with her and Ann, and being a part of their agency.

Now, on to our regularly scheduled programming…another true ghost story by the master of Gothic horror, Catherine Cavendish.

In my new novel, Damned by the Ancients, a beautiful mansion in Vienna is haunted by an evil former owner. His presence infests the building, turning the magnificent into the horrific. Yet in real life, hauntings can occur anywhere – including the most stately of homes.

A lot of people unfamiliar with the city have the wrong impression of Liverpool. It is a rich vibrant city brim-full of culture and history – and more Georgian architecture than almost anywhere else in the UK. It also has some of the greatest people in the world, friendly, warm and welcoming as well as full of humour, even in the face of the worst adversities two world wars and widely fluctuating economic situations have thrown at it.

It is also one of the most haunted cities in the UK and ghosts can turn up in the most unexpected places – even in some of the most beautiful architecture, which brings us to Abercromby Square. 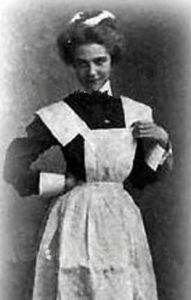 I know this area from my time at the University of Liverpool. Indeed, much of Square and the surrounding streets are now owned by the university, including a house formerly known as the old Bickerstaffe House. Back in 1845, this was owned by a Mr. and Mrs. Bickerstaffe, and they were about to holiday in Scotland.  They instructed the staff that, for the duration of their absence, no stranger was to be admitted to the house.

More instructions followed until, eventually, the Bickerstaffs left in a hansom cab. Mary Henessy, the youngest maid, decided not to accompany the rest of the staff, who had elected to visit a local hostelry, situated just around the corner in Mulberry Street. She stayed behind with Mr. Rumboldt, the seventy-year-old butler, in order to look after the house in everyone’s absence. It also meant she could pour herself a brandy and put her aching feet up for a change.

The rest of the staff was still out enjoying their evening off when, at 9 pm, the doorbell jangled. Mr. Rumboldt immediately went up to the Bickerstaffes’ bedroom to peer out of the window to see who it was. Mary was already at the door when Mr. Rumboldt, muttering “Oh no. It’s happening again,” appeared at the top of the stairs. “Don’t open the door!” he called, his normally calm face contorted in horror, but it was too late. Mary had already tugged open the door.

To the girl’s astonishment, a tall woman, dressed entirely in black, brushed past her and silently glided up the stairs. As she approached the top of the first flight, she cried, “The baby!”

Mary raced after her. The woman made straight for an empty bedroom and screamed, terrifying the young maid. Before Mary could get there, she heard the sound of a window being shoved open, followed by a sickening thud, as if someone had fallen to the ground outside. 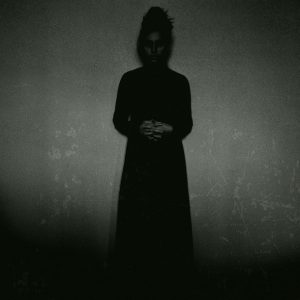 Mary raced down the stairs. “Oh Mr. Rumboldt, what has she done?”

“Nothing. Calm down,” said the old butler, but he was shaking.

Mary threw open the door, expecting to see a body. There was no one there. She craned her neck to look up at the bedroom window. It was closed.

Mr .Rumboldt joined her. “That was the ghost of Mr Bickerstaffe’s first wife. Eve.” He went on to tell her that she had returned home one day to hear the sound of Henry, her baby, choking in the room which had formerly been his nursery. Sadly, by the time she got to him, he was already dead. She was so distressed she threw herself out of the window, falling to her death.

He then told her, “This has happened before. A few months before you were employed.” 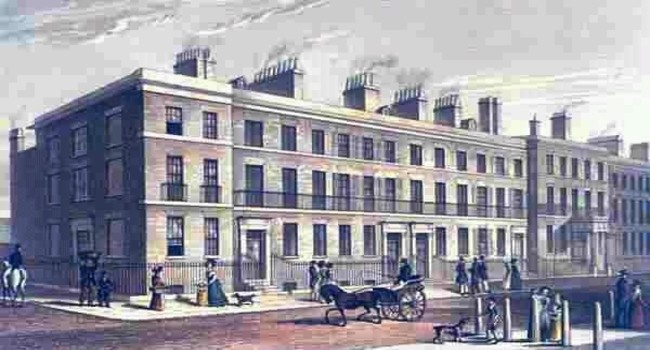 Mary was ready to pack her bags that night. She had no desire to stay one minute longer in a haunted house. But, as Mr. Rumboldt would no doubt have told her, where would she go? If she left of her own accord, she would have no character (i.e. reference) for another employer and without that, she would find it nigh on impossible to secure another position. He reassured her that the apparition only appeared when the Bickerstaffes were away.

Two more years passed before Mary saw the apparition again. It was the occasions of Mr. Rumboldt’s funeral and she was alone in the house. This time she told the second Mrs. Bickerstaffe – Florence. A bad move, as Mrs. Bickerstaffe had no idea her husband had been married before,

Today, university staff and security officers still hear that doorbell jangle on occasions when there’s no one there. It gives the unwary quite a fright.

There are also plenty of frights in store for the Mortimer family in their gorgeous new home. Here’s what to expect from Damned by the Ancients: 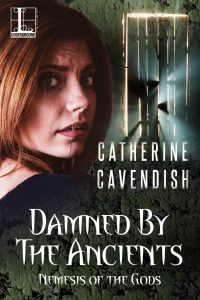 Here’s what to expect from Damned by the Ancients:

Gabriele Ziegler is a young art student who becomes infatuated with charismatic archeologist Dr. Emeryk Quintillus. Only too late does she realize his true designs on her. He is obsessed with resurrecting Cleopatra and has retained the famed artist Gustav Klimt to render Gabriele as the Queen of the Nile, using ashes from Cleopatra’s mummy mixed with the paint. The result is a lifelike portrait emitting an aura of unholy evil . . .

The Mortimer family has moved into Quintillus’s former home, Villa Dürnstein. In its basement they find an original Klimt masterpiece—a portrait of Cleopatra art scholars never knew existed. But that’s not all that resides within the villa’s vault. Nine-year-old Heidi Mortimer tells her parents that a strange man lives there.

Quintillus’s desire to be with Cleopatra transcends death. His spirit will not rest until he has brought her back from the netherworld. Even if he has to sacrifice the soul of a child…

Damned by the Ancients is available from: 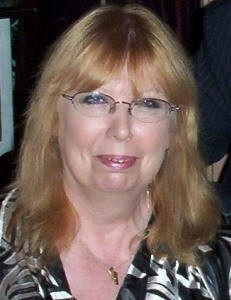 Following a varied career in sales, advertising and career guidance, Catherine Cavendish is now the full-time author of a number of paranormal, ghostly and Gothic horror novels, novellas and short stories. Cat’s novels include the Nemesis of the Gods trilogy– Wrath of the Ancients, Waking the Ancients and Damned by the Ancients, plusThe Devil’s Serenade,The Pendle Curse and Saving Grace Devine.