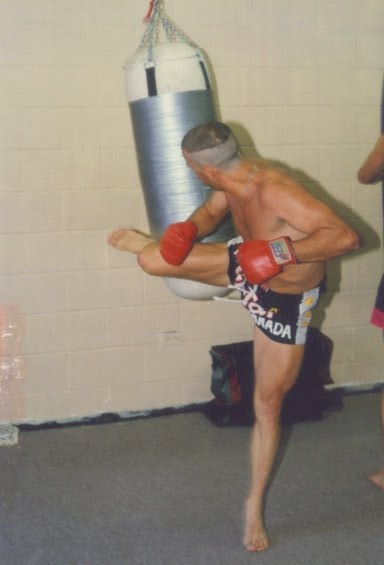 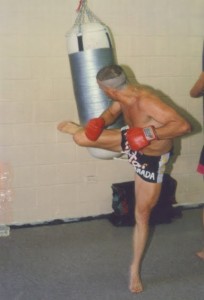 Do you remember the first time you succeeded in something? Most of us do, and subsequent successes never quite produce the euphoria of that first, perfect moment when you realize, “Hey, I’m good at this!”.

One thing that will probably surprise people who’ve met me as an adult (but definitely won’t surprise those who knew me growing up) is that I wasn’t an athletic child. I was born with little to no eye-hand coordination, and my small town’s physical education programming was strongly geared towards children who were already gifted athletes. No time or consideration was given to teach the kids who were struggling, and as a result, team sports were hell for me. During baseball season, I was terrified of the humiliation I’d receive from my fellow students when I struck out, so instead of taking my turn at bat, I’d continually cycle to the end of the line. I’ll never forget when my male instructor caught me out, and announced to the entire class that the game would not proceed until I stepped up to the plate. I had to take my first swipes at a baseball amid the jeering of all the athletically-inclined boys. No one had ever taught me proper stance or how to hit, because the kids who loved baseball already knew those things. I can’t even remember how I did, but I do remember the deep level of shame and embarrassment I felt. 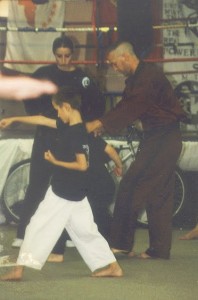 When I first started kickboxing in my early twenties, I was convinced that I’d never be able to move as well as my fellow students without some very specific, in-depth tutelage. There, in the corner of my little dojo, was a boxing ring that was ruled by a gruff, hard-as-nails man named Carlos. I saw his boxers and the way they moved, and was convinced that this man could teach me how to dance. So I became one of his students, and suddenly, through this one-on-one, intensive training, I acquired a passion for athletics I’d never had before. I was determined to perfect the skills needed to be a great boxer. I didn’t care how much time it took. I didn’t care how beat up I got, or how much my muscles ached. All that mattered was proving to Carlos that the time he was spending on me wasn’t wasted.

Let me tell you, Carlos had his work cut out for him. I believed then, and still do, that boxing takes more coordination and grace than most other sports combined. You have to be strong, mentally and physically. You have to be fast. You have to have flexibility, agility, and a remarkable sense of balance. And most of all, you have to keep your cool and not lose heart when you’re punched in the face.

Carlos still had a bit of that old-world mentality. He wasn’t anywhere near the level of Clint Eastwood’s character in Million Dollar Baby, but I don’t think it’s unfair to say he was a tad sexist. That said, if you worked hard and proved yourself, you could earn his respect, no matter what your gender.

I’ll never forget the moment that came after months of training. He was holding pads for me, and after a particularly brutal series of combinations, he stopped and looked at me in admiration.

“You know,” he said, “your right cross could knock anyone out.” 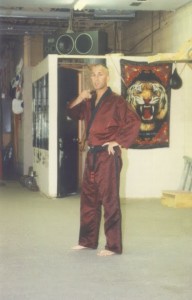 That was the first time I thought, “hey, I’m good at this,” about boxing. And I’ll never forget that moment. Or Carlos. Even when he realized what he’d said and hastily modified it with, “I mean, any woman!”, it was too late. He’d created a monster. Or, at the very least, another woman who would harbor a lifelong love of boxing. Too bad my elementary school gym teachers couldn’t have figured that out.

Special thanks to Dangerous Dave Zuniga for the fifteen year old photos of Carlos in action.