Please welcome my dear writer friend Lee Murray, who has a fascinating historical tale about the ghosts of her home country. I first met Lee online, but our friendship really took off when we finally were able to meet in person at the 2017 StokerCon. She’s been an amazing friend and support system ever since, and I’d love to visit her in New Zealand one day.

Ghosts have always been integral to New Zealand’s stories, to our landscape, and our identity. In Aotearoa, ghosts haunt our everyday.

Some scholars, like Robert Leornard, claim that New Zealand’s gothic hauntedness is a postcolonial construct, but American William Schafer, visiting here in the 1990s, recognised it as beings coming to all our People. He claimed that “a common cultural link between Pākehā and Māori is a belief in the hauntedness of the landscape, the sense that Aotearoa, New Zealand is a land of sinister and unseen forces, of imminent (and immanent) threat, of the undead or revenant spirits.”

My colleague and Hounds of the Underworld co-author, Dan Rabarts, echoed Schafer’s comment in an article we co-wrote last year, saying: “Our gods and ghosts are primeval, a constant presence in the backs of our minds, both bloodthirsty and mischievous. Turn your back, deny them for even a moment, and they don’t miss an opportunity to remind us they’re there, and that they don’t like us.”

Mischievous and sometimes dangerous, the Tūrehu or patupaiarehe ghost people occur frequently in our folklore, our Māori myths and legends, telling of tall, fair skinned people, mountain and forest dwellers with magical powers who fear the sun.

However, Māori genealogical histories and modern scientific evidence both point to people living on the islands before the arrival of the Polynesians some seven hundred years ago, and it’s possible the Tūrehu were those were early comers to Aotearoa. Perhaps those early people were devastated by wars with other tribes, or a shortage of food, or were overcome with disease. Perhaps they got in their waka and sailed elsewhere.

One of my husband’s forebears, a Māori chieftain called Kahukura, is purported to have tricked the Tūrehu into revealing their knowledge of fishing nets, a favourite New Zealand story which is retold in the pages of Into the Sounds, the sequel to my speculative thriller Into the Mist. 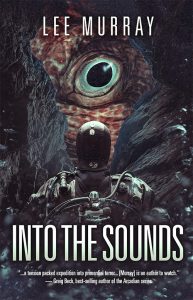 “But I want to hear the rest of the story.”

Mātua looked at him.

Mātua laid the red-gold wood on his knee. “Dawn was approaching, the sunlight a pink tinge on the horizon, and the Tūrehu were becoming agitated. ‘Hurry, hurry,’ they called. ‘We need to work faster.’”

“No, they don’t. Kahukura was determined to keep them on the beach long enough for him to learn the secret of the net. He pretended to help thread the fish to carry home, but instead he tied a flimsy slip knot that came undone under the weight of the fish. Quickly, the Tūrehu showed him how to knot the string tightly. Kahukura untied the knot, replacing it with another slip knot. Once again, the fish fell on the beach.”

“He was making the Tūrehu teach him and they didn’t even know it.”

“He was, indeed. The Tūrehu were so busy trying to recover the fish that the morning sun caught them unawares. Kahukura was caught out, too. The sun revealed his dark skin and tattooed face. He was nothing like the Tūrehu, who were tall and slender like rata saplings and as pale as pipi shells. Seeing Kahukura, the Tūrehu fled. Kahukura was left alone on the beach. The chief gathered up the precious net and took it with him to share its knowledge with all the Māori people.”

“What about the Tūrehu? Where did they go?”

“They have to have gone somewhere.”

“Nobody knows. Back to their homes in the mist. No one has been able to find them.”

Back to their home in the mist… What if the Tūrehu never left at all, just took their clever ways and drifted ghostlike into the misty mountains and forests of Urewera, Pirongia and the Fiordland Sounds? Perhaps that’s why, sometimes, when the wind is blowing, we can still hear them playing their flutes in the trees.

On leave, and out of his head with boredom, NZDF Sergeant Taine McKenna joins biologist Jules Asher on a Conservation Department deer culling expedition to New Zealand’s southernmost national park, where soaring peaks give way to valleys gouged from clay and rock, and icy rivers bleed into watery canyons too deep to fathom. Despite covering an area the size of the Serengeti, only eighteen people live in the isolated region, so it’s a surprise when the hunters stumble on the nation’s Tūrehu tribe, becoming some of only a handful to ever encounter the elusive ghost people. But a band of mercenaries saw them first, and, hell-bent on exploiting the tribes’ survivors, they’re prepared to kill anyone who gets in their way. A soldier, McKenna is duty-bound to protect all New Zealanders, but after centuries of persecution will the Tūrehu allow him to help them? Besides, there is something else lurking in the sounds, and it has its own agenda. When the waters clear, will anyone be allowed to leave? 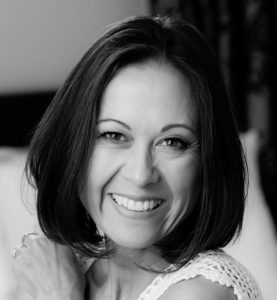 Lee Murray is a multi award-winning writer and editor of fantasy, science fiction, and horror (Australian Shadows, Sir Julius Vogel). Her titles for adults include the acclaimed Taine McKenna series of military thrillers (Severed Press) and supernatural crime-noir series The Path of Ra co-authored with Dan Rabarts (Raw Dog Screaming Press). Among her titles for children are YA novel Misplaced, and best-loved middle grade adventure Battle of the Birds, listed in the Best Books of the Year 2011 by New Zealand’s Dominion Post. Dawn of the Zombie Apocalypse, the first book in a series of speculative middle grade antics, is forthcoming from IFWG Australia. An acquiring editor for US boutique press Omnium Gatherum, Lee is a regular speaker at workshops, conferences and schools. She lives with her family in New Zealand, where she conjures up stories for readers of all ages from her office overlooking a cow paddock. https://www.leemurray.info/