She Talks to Angels 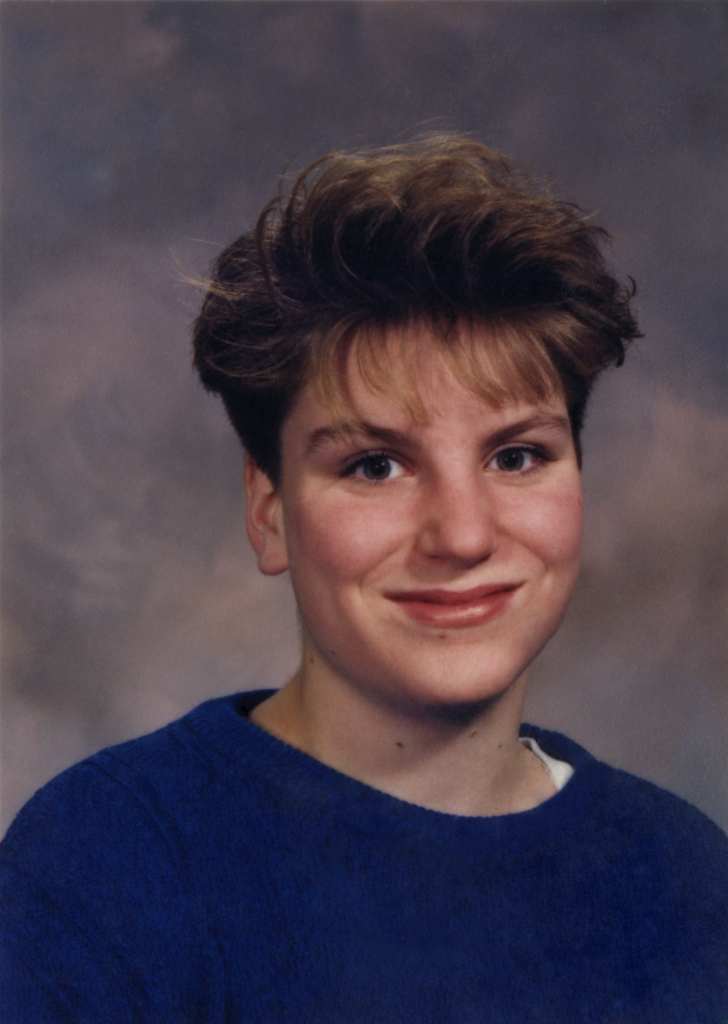 It’s become somewhat of a tradition for me to re-post this blog on every August 19th. I have been asked why I do not let my friend “go”, as if remembering her and continuing to celebrate her life and love her is keeping me from leading a full life myself. This saddens me. The very least we can do for the people we love is remember them with fondness when they’re no longer with us. I, for one, will never forget. Love you, Darbi.

Today is a very sad day for me. It’s been twenty two years since I lost my best friend.

I guess most people don’t expect to lose a friend, but when you’re only seventeen years old, it’s even more tragic and shocking. It was the summer before our graduation, so Darbi never got to go to college. Or celebrate that last year of high school with us. Or leave our little town and see the world, something she desperately wanted to do.

Being a teenager is tough enough without having to survive it minus the person who made you laugh the most. There were times when Darbi was very sad, but she laughed often and with abandon. And, to this day, no one has ever hugged me the way she did. I would give anything to hug her one more time…or to be able to say goodbye. For the rest of my adolescence and early twenties, I carried the weight of survivor’s guilt. Why did she have to die while I got to live? Why didn’t I see it coming? Why wasn’t I able to protect her?

You never knew what to expect with Darbi. One day she’d give us both vampire names and insist we were glamorous bloodsuckers; the next day we had to speak in terrible British accents. When the movie Stand By Me was released, we adopted all the lingo and gestures, which included singing the theme song at full volume as we walked down the street, and endless requests to “Give me some skin, man.” She was always changing her look–chopping off half of her hair on Monday, and shaving the entire back on Friday. She stayed in touch with the latest music and was always making mixed tapes for me. We played Monopoly until four in the morning, and whenever she stayed overnight, my parents knew they weren’t going to get any sleep.

One of the things I really loved about her was her kind heart. While other friends fought viciously with their siblings, Darbi treated hers with tenderness, always. She had two little sisters, and she always let them play with us. The older of the two would stand on one side of a sliding glass patio door with me, with Darbi on the other. Whatever crazy dance move Darbi did, the two of us had to mimic. Her mother would come down to watch us–I’m sure she thought we were nuts. The littlest sister always wanted to play unicorn, and Darbi never failed to indulge her. Because she loved her sisters so much, her friends came to love them, too. And we still do–they’re amazing, beautiful women now, and she would be so proud of them.

Darbi worked two or more jobs. She took care of her two sisters often, becoming a second mother to them. She never complained, and she had endless energy. Whatever she had, she shared, and she always saw her friends through rose colored glasses. There was a fierceness to her love.

I learned a lot from losing her. Seventeen is an early age to find out that we never know how much time we have on this earth, but I’ve never taken my life for granted, thanks to her. I’ve tried my best to live an extraordinary life, always thinking at each new adventure–be it spending a month in Africa, where we were supposed to go together, or interviewing Kiefer Sutherland from Stand By Me–‘this one’s for you, Darbi’. I’m sure I’ve embarrassed friends with my declarations of love or spontaneous bursts of affection, but I don’t care. That’s another lesson she taught me. Tell the people you love that you love them. Never assume you’ll be able to tell them later. Tell them today.

Darbi’s death affected people in very different ways. I’m sure it was the hardest on her family. There were people who were mean and spiteful to her when she was alive, only to become her “best friend” once she passed away, like having a dead friend was some sort of prize. Trust me, it isn’t. I’d much rather have Darbi alive, living in some exciting city with a fabulous career and maybe a family of her own, even if we lost touch over the years. Darbi should have had a chance to make her mark on this world.

Today is always difficult. It has gotten a little easier over the years, but since it seems like only yesterday that we were skipping down the street screaming “STAND BY ME!” at the top of our lungs, it still hurts. A college classmate once frowned upon this sadness, asking “Don’t you think you should get over it?” But as anyone who’s experienced this kind of loss can tell you, you never really do. The sadness and pain evolves over time, from a sharp stabbing jab to a hollow ache. And you remember the good times. There were a lot of them with Darbi, and I for one will never forget.

Rest in peace, my friend. I love you.

This one’s for you.

Thanks for reading!
grieving, horror and suspense author J.H. Moncrieff, losing a friend, overcoming tragedy, remembering lost loved ones, what death teaches us, when a friend dies young