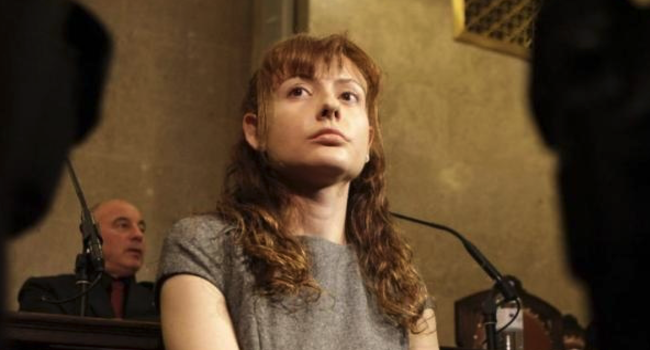 Some women have biological clocks.

Born in Mexico in 1978, Carranza was a highly intelligent honour student whose mother urged her to further her education and get a career before having children of her own. Moving to Spain, and then Germany, Carranza settled in Vienna, Austria, opening an ice-cream parlour and searching for the man of her dreams.

Carranza had no problem attracting men–the wrong men. The one she married, Holger Holz, was a devout Hare Krishna, a religion that counsels its members to turn away from base desires. Soon he was spending most of his time at the temple, and no matter what Carranza did–making candlelit dinners, wearing stilettos and sexy outfits–her husband just wasn’t interested.

Still intent on having a child, Carranza started an affair with ice-cream machinery salesman Manfred Hinterberger. She divorced Holz, but due to financial constraints, the increasingly acrimonious pair had to continue living together. When Hinterberger jilted Carranza in 2008, leaving her for another woman, her ex had a front-row seat to her humiliation. Taunting her about her lover’s betrayal and saying she would end up childless and alone, Holz had no idea how close his ex-wife was to snapping. As he continued to play video games, still laughing at her, Carranza retrieved his .22, walked up behind him, and shot him twice in the back of the head. She shot him once more at point-blank range, just to make sure the divorce was really final.

While it must have been a relief to at last be rid of her troublesome roommate, Carranza now had another problem: what to do with the body. Fire only singed Holz, causing a terrible stink that Carranza explained away to her inquiring neighbours as “cooking fish.” One wonders what kind of fish the neighbours thought it was.

Undaunted, Carranza purchased a chainsaw and proceeded to dismember her ex-husband’s body, concealing his remains in empty ice-cream containers, which she then filled with concrete and stashed in the cellar of her shop.

Holz’s disappearance went undetected, and Carranza continued selling ice cream and searching for the man of her dreams. Sadly, another nightmare strolled into her life instead–Hinterberger. He begged Carranza to take him back, promising he was ready to start a family. For some reason, she believed him.

Due to his previous infidelity, Carranza had difficulty trusting him, and in 2010, a heated argument erupted when she accused him of having an affair. Hinterberger refused to discuss it, and promptly fell asleep, turning his back on her and snoring loudly. For Carranza, that was quite enough. Out came the gun, followed by the chainsaw. Hinterberger was dispatched in more ice-cream buckets, which joined the ones containing Holz in her shop’s cellar.

Who knows how many men would have ended up in ice-cream pails if it hadn’t been for some maintenance men who worked in the cellar in June 20ll. Drawn by a terrible smell, one of the workers was driven to open a pail and crack the concrete, discovering the rotting remains of a human leg.

By then, Carranza was on the run. She was arrested in Italy a few days later in the arms of yet another man, a street musician who should probably consider himself very lucky.

In an ironic touch, after her arrest authorities discovered she was pregnant–by a fourth man she’d started dating after Hinterberger’s “disappearance.” She had her son while in prison, and Carranza’s parents are raising the child in Spain. Prison also didn’t stop Carranza from marrying her son’s father. If it weren’t for the bars between them, you could almost say she got her happily ever after.

The ice-cream lady is considered so dangerous that she was moved to an all-men’s prison in Austria. Given her history of fatal seduction, is this the smartest decision?

One thing I’ll never understand is why Carranza didn’t get rid of the bodies, especially when she knew maintenance workers would be spending time in her cellar. For a highly intelligent woman, this was a dumb move.

Had you heard of Estibaliz Carranza? Do you think it’s right to keep her in a man’s prison?