Scary True Stories: The girl in the dungeon 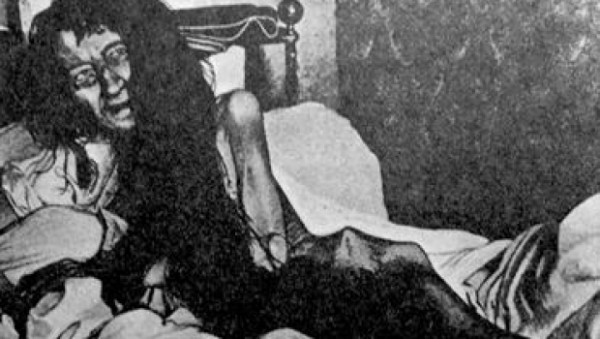 The stench was overwhelming.

The room reeked so much that the Parisian police officers had to retreat and gather their courage to try again. This time, they found what they were looking for.

On a rotting straw mattress, cowering under a dirty, tattered blanket in the middle of a thick crust of feces and food waste, was a terrified woman. Though she looked like an old crone, the horrified officers knew she was only 49 years old. Unable to stand the smell any longer, they tenderly gathered her in a blanket and left the room.

On that day in 1901, Blanche Monnier would see the sun again, after not feeling its warmth on her face for 24 years. By the time of her rescue, she was terrified of it – she would flinch from any light at all.

She had once been a lovely, vivacious woman of 25, madly in love with an older man who lived nearby. The Monnier family was well respected in France, and apparently her mother, Madame Louise Monnier Demarconnay, thought the man wasn’t good enough to associate with them. She told Blanche to break off the relationship with the “penniless lawyer.”

So what was a mother to do? Obviously the only reasonable course of action was to lock her daughter in an upstairs room until she agreed to cooperate.

And thus began an epic standoff between mother and daughter that lasted 24 years. During that time, Louise fed Blanche the scraps 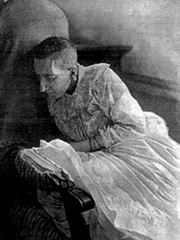 from her table, when she bothered to feed her at all. At the time of her rescue, Blanche weighed only 55 pounds. Even though she was immediately rushed to a hospital, no one expected her to survive.

She did, but her mind was gone. She spent the last 12 years of her life in a mental hospital, where she died in 1913.

Police arrested Blanche’s 75-year-old mother and Blanche’s brother Marcel, who claimed his sister was insane and never tried to leave the room, even though neighbours had heard her screaming for help in the earlier days of her captivity. Louise, who suffered from heart disease, died just 15 days after her arrest, leaving her son to stand trial alone. Marcel was originally sentenced to 15 months in prison, but was later acquitted when the courts decided he hadn’t been “violent” to Blanche.

Poor Blanche. The lover she’d refused to deny had died in 1885, long before she was rescued from her mother’s dungeon.

At least she did experience joy again. Upon smelling clean air and being bathed for the first time in 24 years, Blanche was delighted, exclaiming, “How lovely it is!”

An anonymous letter was what finally led to her rescue. To this day, the identity of the letter writer is unknown.

Why do you think Louise took such drastic measures? Was she insane herself, or just cruel? Who do you think sent the letter? I wonder why Blanche didn’t agree to her mother’s terms and then run off as soon as she was set free. It seems like a power struggle gone horribly wrong…or something the Brothers Grimm would write.

To everyone who commented on my Interview with a Mountie post, thank you. Tyner has had to work a lot in the past week, so he still hasn’t been able to get to everyone’s questions, but most have been answered. Thank you for your patience – he will get to the others; it’s just going to take some time.

By random draw, the winner of Tyner’s book Dark Resolution, is Shadow! Shadow, I’ve sent you an email about your prize. Congratulations, and thanks for commenting!