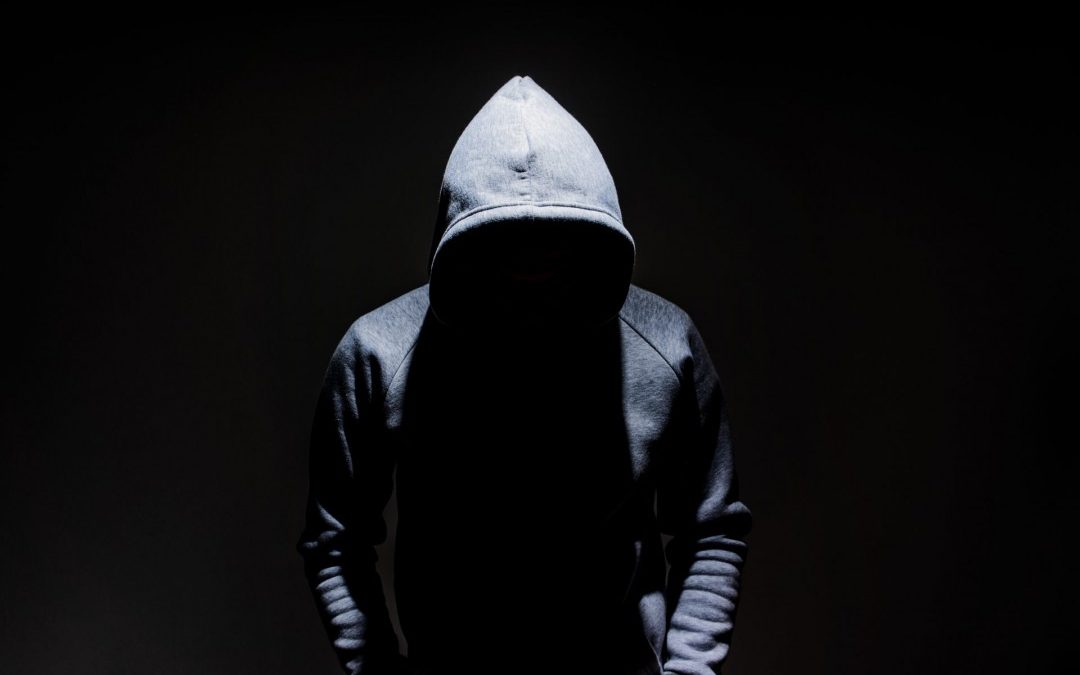 Please welcome my friend, horror author JG Faherty. I first met JG online when we had novellas in the same anthology, and he quickly became a true friend. He’s one of the most generous, supportive, and kind-hearted people you could ever hope to meet–exactly what you should expect of someone who writes horror (seriously, horror writers are the nicest people!)

“It’s the unknown we fear when we look upon death and darkness, nothing more.” – Albus Dumbledore

As a horror writer, I’m often asked what scares me, what my greatest fear is. Usually, I give the same answer: death. The idea of death is one that eats at me all the time, and it only gets worse as I get older. If it were up to me, I’d live forever. I love life, and I don’t want it to ever end. The idea of not being here, not reading, writing, listening to music, being with the ones I love…well, it’s no exaggeration to say it keeps me up at night, simultaneously making me want to live life to the fullest, while robbing me of my ability to enjoy life.

Yet, while all of that is true, it’s not the whole truth. It’s more like the tip of the iceberg. Because when you get right down to it, the real truth, the core of all terror, is the fear of the unknown. 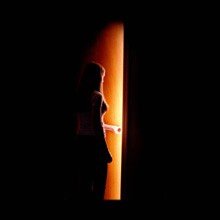 I and millions of others fear death because we don’t know what’s on the other side of that dark curtain. Is it an end to everything, a cessation of existence? Is it heaven? Hell? Something else? If we knew what came after, we might not fear it so much. We could prepare ourselves for it, good or bad. Remember going to school as a kid and being terrified that you might get beat up, or that there might be a pop quiz? Or as an adult, obsessing about whether that message from your significant other (we need to talk) meant something good or something awful? All these types of things – getting pulled over for no reason, hearing footsteps in an alley, getting called down to the principal’s office or to your boss’s office, opening the door to a dark basement in a haunted house – are all terrifying because we don’t know what’s going to happen.

And that’s why horror is one of the three universal genres (the others being romance and fantasy). Every culture has horror stories, fables, and love stories. And more often than not, love stories and fantasies have aspects of horror rolled into them. Pick one, and odds are something in there is meant to scare as well as entertain, titillate, or teach. Aladdin has the cave and the scary sorcerer; Bambi loses a parent in a fire, everything in Grimm’s fairy tales is meant to send a shudder down your back. The Greeks and Romans fought minataurs and other monsters. Ancient cultures left us scrolls, carvings, and paintings of demons, sea creatures, and murderous people.

Why is horror universal? We all fear the unknown, because it often leads to death. Even love is often depicted as frightening – will you lose your lover? Does he or she love you back or are they plotting something? Will that person be stolen away by someone else, or something else (illness, a monster, fate)?

It was with all this in mind that I wrote my latest novella, December Soul. On the surface, it’s a weird sort of zombie x apocalypse tale. But for me, that was just the surface layer. Below that it’s a rather tragic love story, a tale of two people fighting the inevitable because their love is so strong they won’t admit defeat. Their tribulations are both internal and external, as are all of ours. Love isn’t easy. It involves compromise, sometimes going against our o 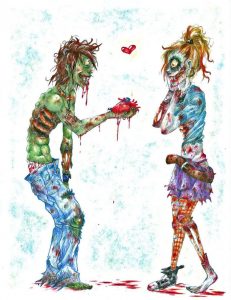 wn nature. It requires faith, and it requires determination. It takes hard work to get through the bad times, and it’s an indication of how strong a person’s feelings are when you see how much of an effort they are willing (or not willing) to put into making a relationship work. And all the while, you have no idea what will happen to your relationship in the end. Your spouse might be smiling at you but thinking about how they just want to be free and independent, or with someone nicer, happier, richer, more like them, less like you.

The terrifying truth is, no matter how secure we think our relationship is, each day that we come home to our lover/spouse/significant other, we don’t know if it’s the last time.

And not knowing really can suck. 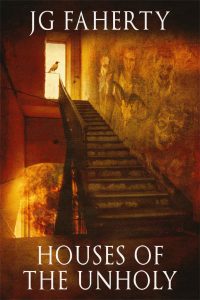 In life, when things change around us, we change as well. In books and movies, this is called the character arc, and usually it’s for the better. The timid person learns to stand up for his or herself. The reluctant hero has to save the day. The selfish person learns to help others. The cold-hearted loner opens their heart to love. Because we all want a happy ending.

However, life isn’t always like that. A tragedy can turn a person into a loner, unwilling to share their emotions with anyone. Being the victim of a crime or a bad love affair can make someone bitter and angry forever. Losing your money can turn you into a criminal. Life can be unfair and harsh, and everyone reacts differently to that.

Some might say that my story doesn’t have a happy ending. I would disagree with that. I purposely left it just ambiguous enough that you don’t know if it’s happy or not. Considering that both of them get what they wanted in the end, you could say that’s a positive ending.

But the reader really doesn’t know for sure. 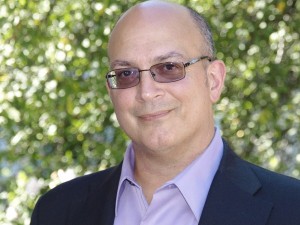 A life-long resident of New York’s haunted Hudson Valley, JG Faherty has been a finalist for both the Bram Stoker Award® (The Cure, Ghosts of Coronado Bay) and ITW Thriller Award (The Burning Time), and he is the author of 6 novels, 9 novellas, and more than 60 short stories. His latest collection, Houses of the Unholy, is available now, and it includes a new novella, December Soul. His next novel, Hellrider, comes out this year. He grew up enthralled with the horror movies and books of the 1950s, 60, 70s, and 80s, which explains a lot. Follow him on Twitter, Facebook, his website, and blog.