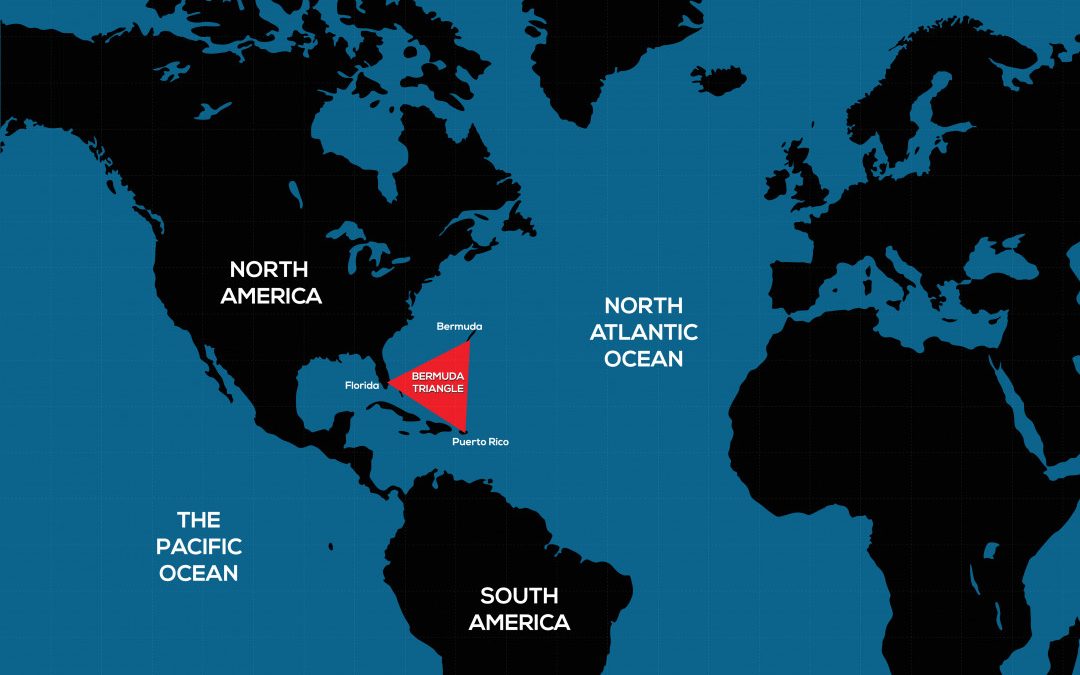 With the global pandemic capturing most of the world’s attention, some interesting news has dropped without causing much of a stir. Everything from the US Pentagon releasing videos of UFOs to another ship disappearing in the Bermuda Triangle with twenty people on board.

What is the Bermuda Triangle?

The Bermuda Triangle has captured the imaginations of those interested in unusual phenomena and the supernatural since the 1950s, if not before. This mysterious patch of ocean, bordered by Miami, Bermuda and Puerto Rico and covering about five-hundred thousand square miles, has seen more than its share of tragedy. At least seventy-five planes, submarines, and ships have vanished in the Triangle, with most of them never seen again. The most typical evidence of a ship or plane wreck – debris, bodies, oil slicks – have also not been found.

One of the most puzzling disappearances in the Triangle was that of five fighter planes from a Naval Air Base in Jacksonville, Florida. The planes vanished in 1945, shortly following the end of WWII. The experienced pilots flying the planes disappeared, along with their craft and crews, during a short navigational flight exercise.

The planes were meticulously checked before the flight. All radios and instruments were working perfectly. Each fuel tank was filled to capacity, with enough for each plane to fly over a thousand miles. The weather was clear, with only a mild wind.

When the planes didn’t return as scheduled, it caused some concern. Before an alarm could be sounded, the Fort Lauderdale Air Traffic Tower received a troubling message.

The pilot was Lieutenant Charles Taylor, a six-year veteran and one of the flight instructors. The tower operator asked his position.

“We are not sure. We seem to be lost,” came the reply.

If the compasses were not working, it was still incomprehensible that none of the five pilots could find west through their own observation. Since it was past 4 pm, the sun was close to the western horizon.

The next forty minutes were anxious ones, as the tower operator listened to the pilots’ conversation. They apparently could see each other, but all were suffering from the same confusion as Lieutenant Taylor.

Marine Captain George Stivers, another instructor on the test flight, reported, “It is 16:25 hours. We are not sure where we are. Must be about 225 miles northeast of base. Looks like we are…it looks like we are entering white water. We’re completely lost!”

It was the last the tower heard from the Lost Patrol.

Even more incredible, the Martin Mariner giant flying boat that attempted to rescue the patrol disappeared as well, along with its crew of thirteen men.

Over three-hundred planes participated in a search-and-rescue mission, but no trace of any of the doomed planes or airmen were ever found. No floating debris, no human remains. Nothing. 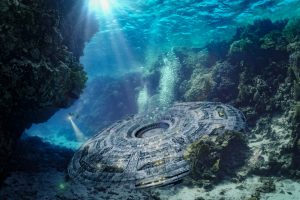 How does the Bermuda Triangle cause ships, planes, and other craft to vanish? There have been dozens of theories put forth over the years that run the gamut from the scientific to the truly bizarre.

In 2016, meteorologists proposed hexagonal clouds could be the culprit. These straight-edged clouds can create so-called “air bombs” full of wind traveling as fast as one-hundred and seventy miles per hour.

Aided by their study of images from a NASA satellite, the scientists determined that these clouds could be as large as twenty to fifty-five miles across.

The meteorologists theorized that anything trapped inside one of these air bombs could be knocked out of the air, flipped over, or sunk. This theory still needs to be confirmed, and while it could provide an explanation for the missing ships and planes, the lack of debris or bodies will remain a mystery.

Another recent theory suggests that large deposits of methane gas spewing up from the ocean floor are to blame. These eruptions of methane bubbles could push water away from a ship, causing it to sink. If the highly flammable methane rises into the air, it could ignite in an airplane’s engine, causing it to explode and disappear.

And, of course, there are always aliens.

Why Care About The Bermuda Triangle?

Since Christopher Columbus described seeing a “remarkable ball of fire” and noted a bizarre disturbance of his ship’s compasses in the 1400s, the Bermuda Triangle has been the focus of much mystery, tragedy, fear and intrigue. And, as noted in this post, ships and planes still vanish in the region to this day, in spite of our comparatively sophisticated technology.

If nothing else, the Bermuda Triangle is an enduring reminder that there is still much about the world that we don’t know, and so much that science cannot yet explain.

What do you think caused the ships, planes, and submarines to vanish?