Murder at the Movies: The true story behind “Wolf Creek” 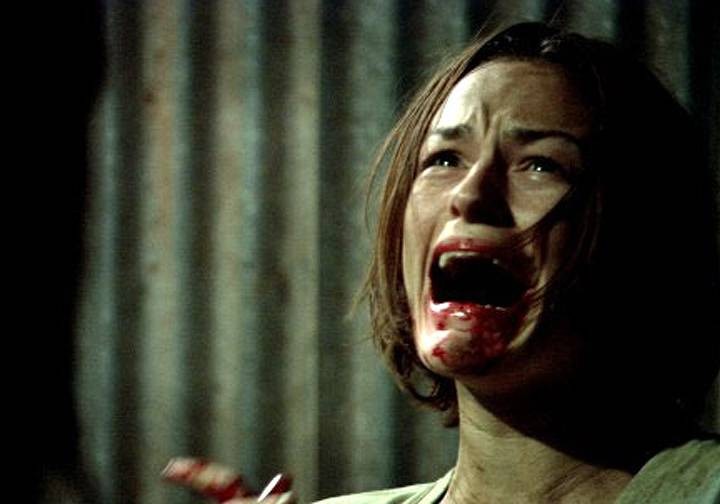 It will come as no surprise to regular readers of this blog that I love to travel. Traveling is the best source of inspiration and rejuvenation for me–I couldn’t have written the GhostWriters series without it.

This great love of traveling made the movie Wolf Creek especially terrifying and hard to watch for me. In the movie, three twenty-something friends are exploring Australia’s outback when their vehicle dies on a lonely road. But, not to worry–a friendly, caricature-like Australian (John Jarratt) just happens by to rescue them. However, the “rescuer” is a deranged serial killer who has tortured and murdered multiple tourists. One of his favourite modes of torture is slicing the spinal cord, rendering his victims paralyzed so they are aware of what’s happening to them, but cannot move or escape.

I’ve seen some reviewers disparage this, saying that the movie was actually based on two criminals, not just one. Um…that makes it better how?

A Tale of Two Killers

Even the writer, Greg McLean, has admitted that his main inspiration was Australia’s “Backpacker Killer,” Ivan Milat, so let’s start with him. 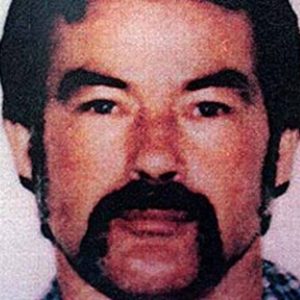 Milat, the fifth of fourteen children born to an Australian woman and her Croatian husband, was a bad seed from the beginning. Born in 1944, his anti-social behaviour led to a stint in a reform school when he was thirteen, followed by time in a juvenile detention centre when he was seventeen. Through his late teens and early twenties, he served time in jail for breaking and entering and various thefts. In a chilling indication of what was to come, Milat kidnapped two eighteen-year-old hitchhikers, raping one of them, in 1971. In that case, his lawyer got him off without him serving any time at all. (Way to value women!)

Years later, backpackers began to go missing in Australia. A nineteen-year-old Australian couple vanished in 1989 on their way to a music festival. A twenty-one-year-old German woman went missing in January 1991, followed by a young German couple in December of that year. Two women in their early twenties disappeared in April 1992.

Beginning in 1992 and throughout 1993, the backpackers’ bodies were found in Belanglo State Forest. The corpses told a grisly tale. Some of the women had been stabbed as many as fourteen times. One victim had been shot ten times in the head, prompting investigators to believe that she’d been used for target practice. Most had suffered brutal beatings, and the women showed signs of sexual assault. Almost all had deep cuts to the back, which would have paralyzed them — yes, McLean’s gruesome touch in Wolf Creek was based on Milat’s actual MO. Police suspected the serial killer had spent considerable time with the backpackers, given the campsites that were found near the bodies.

The One Who Got Away

Milat was finally apprehended when he took on the wrong dude. In November 1993, backpacker Paul Onions, 24, was hitchhiking in Australia when he was given a ride by a man who told him his name was Bill. During the drive, Bill whipped out some rope and a gun, and told Onions he was being robbed. Onions fled, and managed to flag down a passing motorist and escape. Milat had eventually come under suspicion for other reasons, including the report of a co-worker’s girlfriend, and the fact that he’d been off work when each crime was committed. Onions later identified Milat as his attacker.

When Milat’s residence was searched, police found numerous items belonging to the seven murdered backpackers — another element of truth in Wolf Creek. Charming as always, Milat attempted to blame the murders on his brothers, but the ruse didn’t work. He was convicted of all charges and given seven life sentences.

His depravity didn’t end there. While in prison, he cut off his little finger with a plastic knife, hoping to force the Australian courts to grant him an appeal. He tried to get the government to pay for his funeral. His marriage in the eighties ended due to domestic violence. Even when he was dying of cancer, Milat never admitted to any of the murders.

The other inspiration for Wolf Creek was almost as charming. Bradley Murdoch, a biker, drug smuggler, and white supremacist with racist 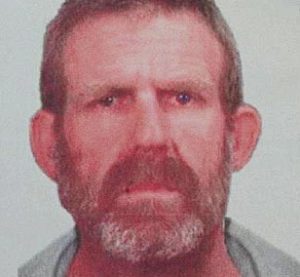 tattoos, was convicted of the murder of Peter Falconio, and the attack on Falconio’s girlfriend Joanne Lees. Lees managed to escape and identify Murdoch, which led to his capture.

Murdoch was previously charged with seven counts of abduction and rape in the case of a twelve-year-old girl and her mother, whom Murdoch allegedly tormented for twenty-five hours.Unbelievably, he was acquitted, but he used the same method of restraints and blindfolding on Lees that the kidnapper had used on the twelve-year-old girl.

Falconio and Lees were driving through Australia in 2001 when they were flagged down by a motorist claiming car trouble. When Falconio went to help the stranded driver, Lees heard a loud noise she believed was a gunshot. The man who had waved them down then pointed a gun in her face and tried to restrain her with tape and cable ties. However, Lees fought back and was able to get away.

Murdoch was convicted of Falconio’s murder in late 2005, but has never admitted to the crime or revealed where Falconio’s body was hidden. Falconio’s remains have still not been found, and mystery continues to surround this case, which was profiled on a four-part series, Murder in the Outback, this year. 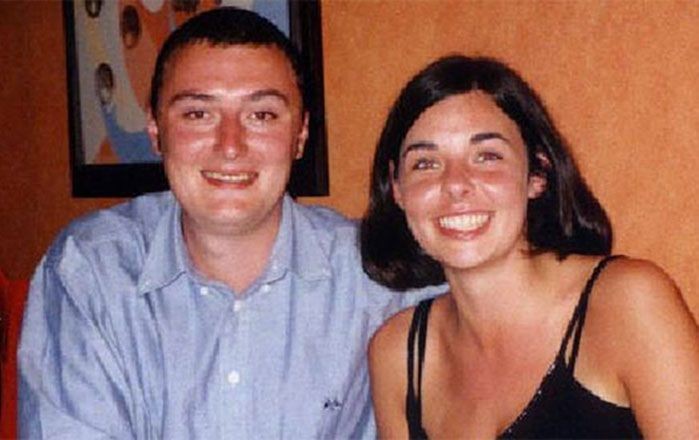 Have you seen Wolf Creek or heard of the murders? Do stories like this make you more cautious about traveling? What’s the scariest thing that’s ever happened to you on a trip?

PS: If you liked this post, you’ll love the true story behind the Nightmare on Elm Street movies. It’s one of my most popular posts.

PPS: Mask of Ghosts is on sale for a limited time. Use this link!