M is for Mothman 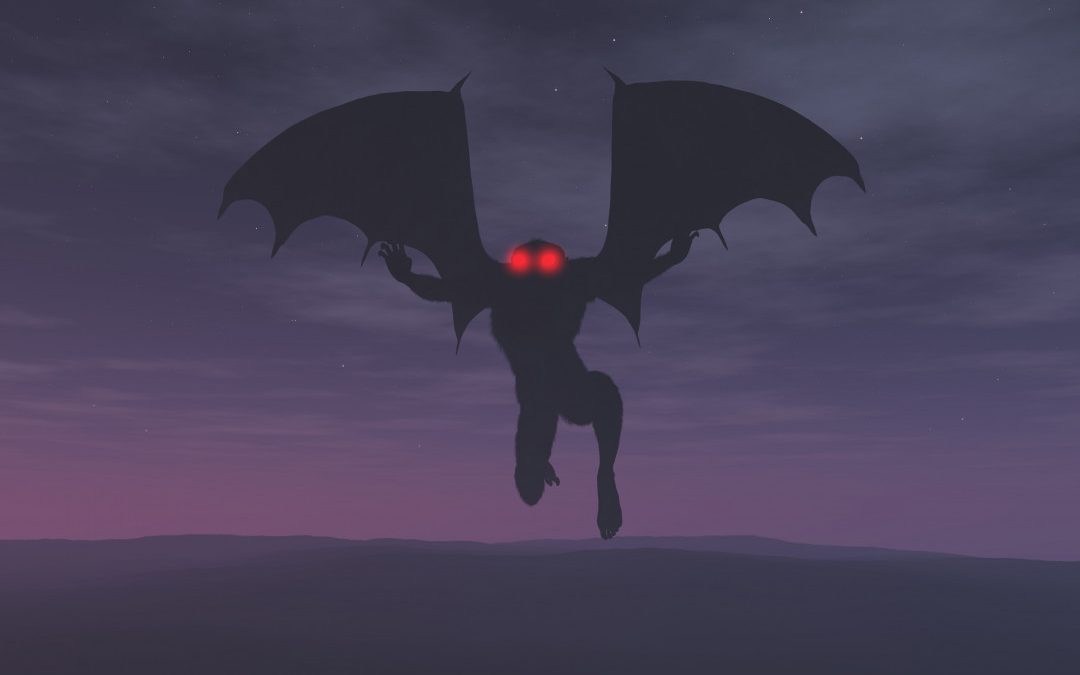 No one wants to run into the Mothman.

This giant winged thing–described as looking like a half-man/half-bat, half-man/half-bird/or (yep, you guessed it) half-man/half-moth–seems to predict terrible doom. A natural disaster occurs soon after he shows up.

One of the most famous is the case of the Silver Bridge collapse in Point Pleasant, West Virginia.

On December 15, 1967, the bridge collapsed while it was full of rush-hour traffic, resulting in the deaths of 46 people. Two of the victims were never found. The cause of the collapse was the failure of a single eyebar in a suspension chain. The bridge was carrying much heavier loads than it had originally been designed for and had been poorly maintained.

After the disaster, sightings of the strange moth-like creature ended, causing residents to believe it had been trying to warn them. Beginning in mid-November, many witnesses had reported their sightings to the local police. Most had the telltale facial burns that seemed to always accompany a mothman encounter.

One of the scariest aspects of the Mothman Prophecies film (the film is far superior to the terrible book it was based on–sorry), was the accompanying website, which showed mothman sightings around the world and talked about the resulting disasters. Unfortunately, the website has since been taken down, but it was truly creepy.

There are many theories as to what the mothmen could be–everything from aliens to dark angels to owls. Owls?

What do you think? Do you believe there are still creatures that haven’t been explained or discovered by scientists? Do you think the reports from Point Pleasant were legitimate, or were they a case of mass hysteria?

As for the folks in Point Pleasant, they’ve embraced their strange visitor with a commemorative statue and an annual Mothman Festival. I’m sure that made him happy.

If you watch the trailer, I’d love to know what you think. Please feel free to tell me in the comments.