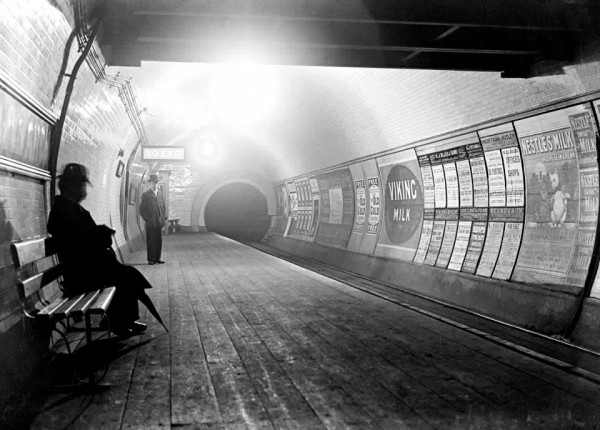 I first was introduced to horror author Catherine Cavendish when I read her book The Pendle Curse. I’m not a fan of witch stories, but Catherine had been so nice to me during my launch that I decided to give it a read, and I’m so glad I did! It’s an awesome book. Enjoy this personal tour of one of Cat’s favourite haunted spots, and keep reading for a sneak peek of her latest book at the end.

London has the distinction of playing host to the world’s oldest underground rail network. It’s now over 150 years old and, when it was being constructed, workers unearthed thousands of bodies, buried in plague pits and individually in long forgotten graveyards.

Take the well-documented story of the wartime victims that don’t seem able to leave the place of their death – Bethnal Green station. Members of the public and staff have separately reported hearing the sound of crying and screaming women and children. During World War II, hordes of people rushed into the station upon hearing air raid sirens. One of them tripped on the stairs, causing others to fall, and became trapped in a crush that killed 173 of them (including 126 women and children). Evidently they are still trying to escape. 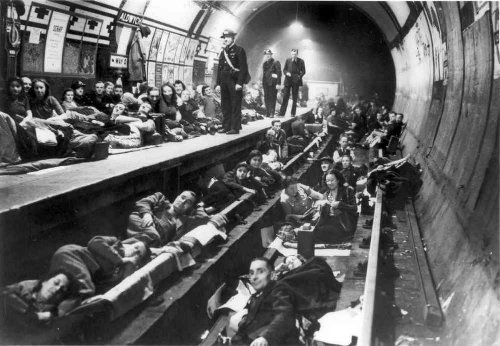 Meanwhile, at King’s Cross station, a more modern tragedy has led to sightings of a young woman with long dark hair, wearing jeans and a T-shirt. She has been seen and heard screaming, crying and holding out her hands as if pleading for help. In 1998, a man approached her to try and comfort her but as he did so, she disappeared. Maybe she was the victim of a devastating fire there in 1987 that killed 31 people.

On the site where Farringdon Station is now situated, a thirteen-year-old girl called Anne Naylor was murdered in 1758. People have reported hearing piteous screams which have now been attributed to her. She is also referred to as ‘The Screaming Spectre.’

At Aldgate Station, a ghostly old woman was seen by an engineer. She stroked his friend’s hair and shortly afterwards, the man touched a live wire that sent 20,000 volts through his body. Miraculously he survived, but since then, phantom footsteps have been heard coming from the tunnel. They stop as suddenly as they have begun.

Then at Elephant and Castle, rapping noises and footsteps have often been heard after the station is closed. Staff have gone to investigate, but no reason for these manifestations has ever been found. It is also believed that the last train of the night is haunted by a girl who walks through all the carriages, vanishing just as she reaches the engine.

There are so many more reports of strange phenomena, it would seem that barely a station escapes but, for now, I’ll finish with one that saw the apparition caught on camera.

For this, we need to travel to Liverpool Street Station, which was built on the site of a mass burial ground. During construction, around eight bodies per cubic metre were discovered. In 2000, two members of staff spotted a man on CCTV. He was dressed in white overalls and standing on a platform as if waiting for a train. Not unusual you might think – except the station was closed for the night. One staff member went down to the platform to investigate while his co-worker watched the CCTV. Sure enough the member of staff appeared on screen as he emerged from the stairs onto the platform. On CCTV, standing right next to him, was the man in white overalls but, when the station worker returned to the office, he reported he had seen no one. The two co-workers were in danger of having a real argument, so the staff member returned to the platform. Again he saw no one, but, as he turned to go back upstairs, he saw a pair of white paper overalls on a bench. The owner of these has never been traced.

Following a varied career in sales, advertising and career guidance, 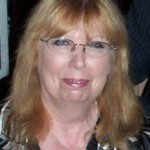 Catherine Cavendish is now the full-time author of a number of paranormal, ghostly and Gothic horror novels, novellas and short stories. She was the 2013 joint winner of the Samhain Gothic Horror Anthology Competition, with Linden Manor, which features in the anthology What Waits in the Shadows.  Her novels, The Pendle Curse and Saving Grace Devine are also published by Samhain. Her latest novella – Dark Avenging Angel – will be followed by her next novel – The Devil’s Serenade – in April 2016. 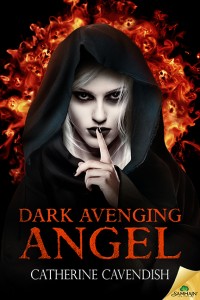 Don’t hurt Jane. You may live to regret it.

Bullied by her abusive father, Jane always felt different. Then the lonely child found a friend in a mysterious dark lady who offers her protection—a lady she calls her “angel.” But that protection carries a terrible price, one to be paid with the souls of those Jane chooses to suffer a hideous and eternal fate.

When Jane refuses to name another victim, the angel reveals her most terrifying side. Payment must be made in full—one way or the other.