The mystery of the Kabayan Mummies 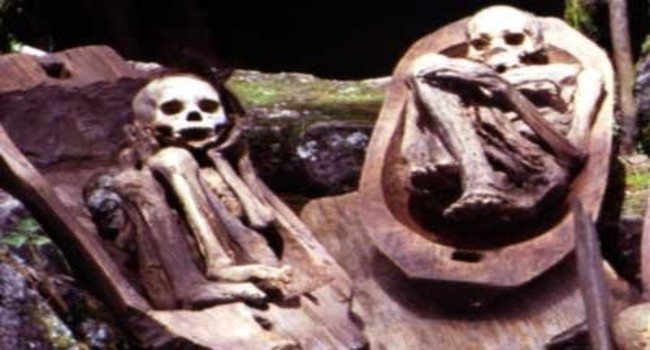 In the Philippines, a town called Kabayan is home to hundreds of mummies. These strange creatures are curled into fetal positions and tucked into oval-shaped coffins made of pinewood.

They were laid to rest in caves, rock shelters, and manmade burial niches. The sheer number of mummies lends an eerie feel to a simple stroll down a mountain slope in Kabayan.

The Ibaloi tribe, which has existed in Benguet province for thousands of years, practiced embalming rituals also found in New Guinea. Dying members of the tribe drank salty mixtures to begin the process. After death, their bodies were cleansed, rubbed with herbs, and heated, while their mouths were filled with smoke. These steps were performed continually over a period of weeks before the deceased were placed in their coffins. The practice endured until the arrival of Spanish colonialists in 1500, and the caves themselves remained untouched until the 19th century. 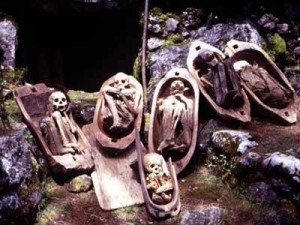 taken place since their discovery. Monument Watch has declared the Mummy Caves one of the most endangered heritage sites in the world. Measures are being taken to protect the mummies from further looting and abuse, which has even included graffiti!

Who on earth would scrawl his name on a corpse? Kind of makes you wonder what the world is coming to.

What’s the creepiest place you’ve ever been or wanted to go to? Could you hike through the mountains with mummies?

With files and photos from World Monuments Fund