Could Jack the Ripper have been a woman? 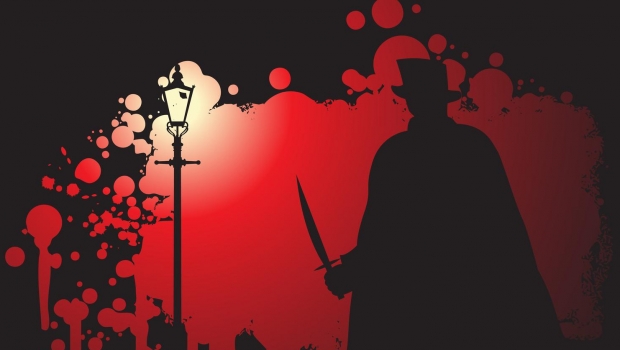 I can hear what you’re thinking. “We’ve had too many theories about Jack the Ripper already. Do we really need another?”

Good question, and it has some merit. But hear me out–this is quite interesting.

People are obsessed with unsolved mysteries, and none more so than the identity of Jack the Ripper, who brutally murdered five prostitutes in London in 1888 and taunted the police through posted letters and scrawled messages at the crime scenes. Everyone from the Masons to the Queen’s royal physician have been blamed for the crimes as amateur sleuths, FBI profilers, seasoned detectives, and novelists have done their best to put forth the likeliest solution.

John Morris, a retired Irish lawyer, shared his fascination of the case with his father, and while combing over the evidence again and again, came to a surprising (and original!) conclusion. Morris is convinced Jack the Ripper was a woman.

One hell of a good cover

If so, it would be one hell of a good cover. The police were searching for a man, so a woman would have escaped their notice entirely. And back then, as now, people had a difficult time believing women capable of brutality and evil, despite plenty of evidence to the contrary. I can’t count how many times I’ve seen Aileen Wuornos erroneously called “the first female serial killer.” Are you kidding me?

Morris’s suspect of choice is Lizzie Williams, the wife of physician Sir John Williams, who was the prime suspect in yet another book about the Ripper killings. Morris’s reasoning is intriguing. Lizzie, who was apparently trapped in an unhappy marriage and unable to have children, murdered the prostitutes out of jealousy, Morris suggests. In his book Jack the Ripper: The Hand of a Woman, he points to the fact that three of the women’s wombs were removed.

Though the crimes appeared to be sexual homicides, none of the victims were sexually assaulted. Some physical evidence found at the crime scenes, including buttons from a woman’s boot in a pool of blood and remains of a woman’s skirt, hat, and cape in the ashes of a fireplace, did not belong to the victims. The personal items of victim Annie Chapman were arranged in a “feminine manner” at her feet. (I couldn’t find any photos to confirm this, so I’ll have to take Morris’s word for it and assume I myself don’t arrange items in a feminine manner, since my house is a disaster.) 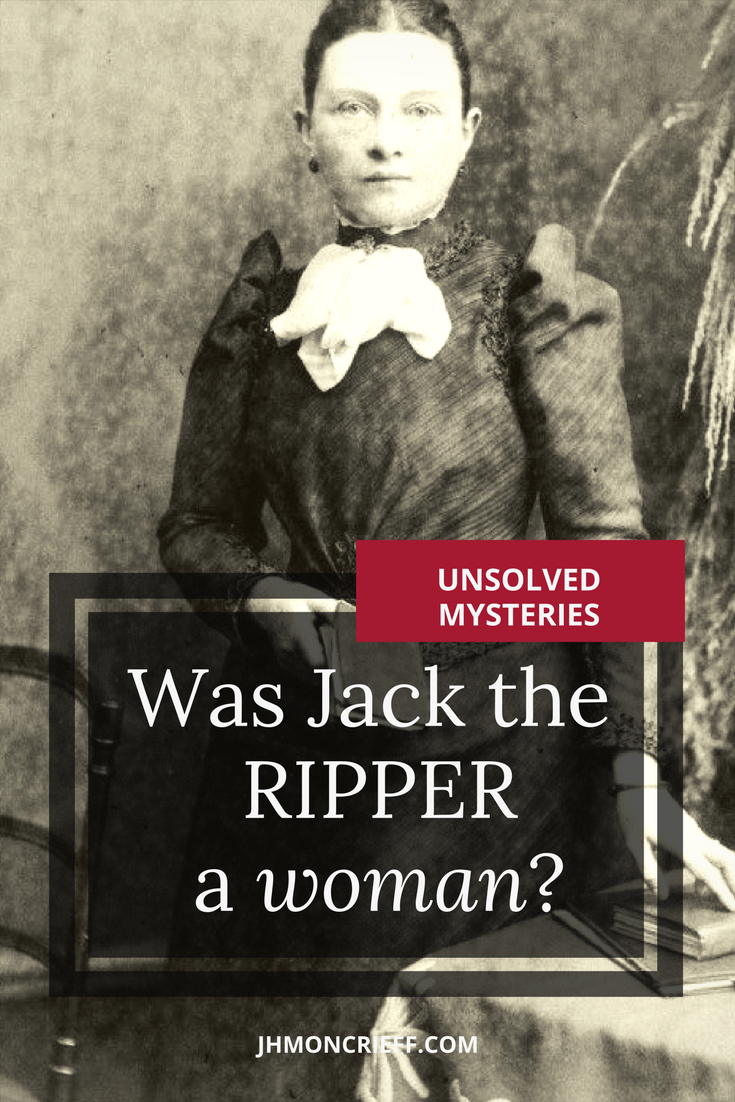 Was a roving eye to blame?

Morris believes Mary Kelly, the Ripper’s best-known victim, was having an affair with Lizzie’s husband. Since Sir John ran abortion clinics, he theoretically could have come in contact with plenty of prostitutes. But if that’s true, why did Lizzie leave Kelly for last? Were the other four murders just practice as she worked toward her intended victim?

Then there’s the fact that Lizzie had a nervous breakdown after the murders. Could the guilt have gotten to her? DNA analysis of the letters believed to be from the real Jack the Ripper can’t rule out a female killer. But it can’t confirm the theory, either.

Of course, Ripper “purists” aren’t happy with this hypothesis. A woman, responsible for the most famous serial murders ever committed? It is to laugh! Or…is it?

P.S. Did you know there’s a FREE book on unsolved mysteries tucked away in my Hidden Library? Get your key here, and it’s yours!

P.P.S. You may also enjoy these stories about the missing boy who drew his kidnappers and the men who vanished from a Scottish lighthouse.