IWSG: When to give up 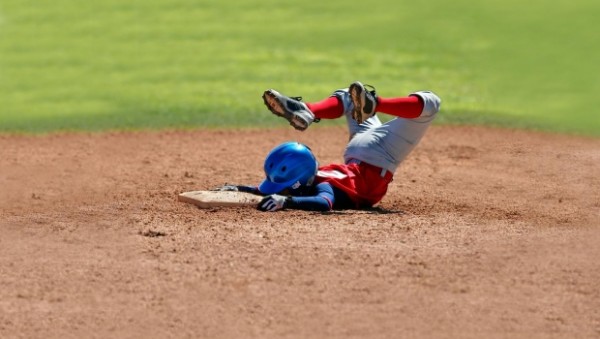 Were you ever picked last in gym class?

I was. Many, many times.

For starters, the team “captains” were usually the athletic guys who spent their lives playing team sports together. And then there was peer pressure. Favouritism.

Or it might be I was a late bloomer when it came to athletics.

A very late bloomer. To be fair, I still can’t run around a gymnasium while keeping a hula hoop twirling around my waist–but I’d have a fair shot at knocking out my classmates with a right cross and a roundhouse.

We all have our gifts.

Now imagine that, instead of dividing the entire class into two teams, each captain got to pick only one student. And imagine they had over 900 kids to choose from. If you weren’t picked, what would that mean? That your athletic future was doomed? That you’d failed as a human being? Or maybe that it’s damn hard to make an impression when the gymnasium is packed with almost 1,000 other kids.

I recently entered a writing contest where the odds were exactly that. The judges got to read the first chapter of my work, along with the first chapter of 900 other manuscripts. If chosen, a judge would work closely with me over the next few months, helping to get my book into better shape.

It was awesome to have a judge ask me for the full manuscript, but I still didn’t expect anything. The odds were definitely not in my favour, but now I was one out of 70 instead of one out of 900.

As expected, I didn’t win. My response was to shrug, think “Oh well,” and go back to the work in progress.

To say I was shocked by the aftermath of this contest would be an understatement. Social media feeds were flooded with posts begging the “losing” writers not to give up, to keep writing, to try their luck with another book.

I received several emails from the judges who had read my work, offering similar encouragement. I understood that they were trying to be kind, but it puzzled me. Why would I quit writing just because one chapter of one manuscript hadn’t resonated with them over dozens upon dozens of others? It didn’t make any sense to me. Not being chosen for the next level of this contest has absolutely no bearing on my writing ability or my future success–and the same goes for the rest of the hopefuls who weren’t chosen.

Contests like this can be a great foot in the door. But they’re not a measure of your talent or ability, much like my absolute failure at hula hooping didn’t hint at the success I would later find as a kickboxer. As writers, we need more than tough skins–we need titanium armour. Every time someone says no, every time someone tells you that you can’t, every time you get a shitty review, use it to motivate you, to spur you on, to succeed against the odds.

Then maybe it is time to try something different. (Or just stop entering contests for a while.)

Have you ever entered and lost a writing contest? Did it make you want to give up? What words of encouragement have inspired you?