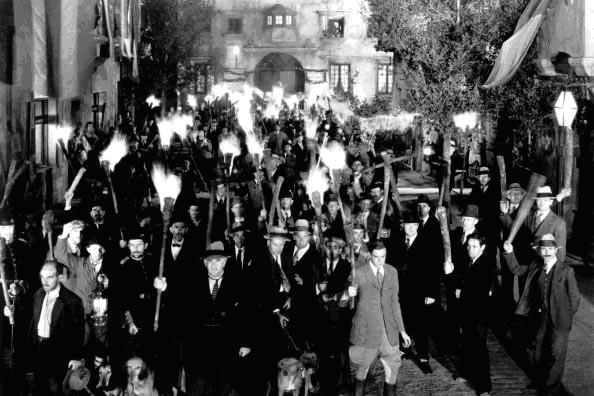 I thought social media was really fun in the beginning.

People posted cute pics of their pets, or maybe what they’d cooked for dinner that night. You were able to connect with old friends you hadn’t seen since high school (if you wanted to) and keep in touch with that awesome scuba diving coach you met in Brazil. Your friends list, while small, consisted of people you knew and probably actually liked. Twitter was an opportunity to prove how witty you could be in 140 characters or less.

And then something changed. Tired of being disparaged for their fine collection of dog sweaters, or love of tacos, or out-of-focus photos of some vacation spot or other, people started sharing SERIOUS stuff. Politics. Endangered animals. Polluted waters. Celebrity deaths. School shootings. Bombings. Social media became less about hanging out and connecting and more like some dreadful news channel of doom. If it was ugly, it was on social media. Articles correlating Facebook to depression began cropping up. Social media was destroying our true-life relationships, scientists warned. And no wonder–for by then, most of us had more “friends” than we could ever possibly meet, and our “newsfeeds” were flooded with angry missives shared by people we, in many cases, didn’t actually know.

Soon after came the virtual pitchforks and torches. Is it any wonder that when you took a medium that started off as cozy and friendly, that shared information supposedly (ha ha) kept to your nearest and dearest, and turned it into the Doomsday Channel, full of outraged people all spouting their own SERIOUS stuff, that the proverbial kaka was bound to hit the fan?

And so it did. If you haven’t found yourself in the centre of a social media scandal, and you still don’t have at least some connection to someone who has, consider yourself very, very lucky. Because I’ll tell you a secret: no one ever expects it to happen to them. And this isn’t a matter of losing a few Facebook friends anymore. This is a mob of furious villagers coming after you like you’re the latest version of Frankenstein’s monster. They want your job. They want everyone who’s ever rubbed shoulders with you in a professional capacity to abandon you. They want your friends. In a lot of cases, they want you dead. They will threaten you with rape, say they’re going to kill your family, post your personal information where everyone can see it, and tell you the world would be a better place if you weren’t in it. They’re relentless, and just like that creepy chick in The Ring, they never sleep, because there’s an infinite number of them.

You might think that will never be you. You won’t make an off-colour, offensive joke, expecting it to go no further than the small circle of friends who follow you on Twitter and get your sarcastic sense of humour. You would never accidentally write something someone might find offensive. On a particularly bad day, you wouldn’t snap at a clerk or a waitress who’d tested your last nerve, just when someone happened to have their cell phone out and recording. A loved one would never defend your honour and tell a reviewer exactly where they can stick that bad review. It can be even simpler than that, and every time I’ve spoken to someone who’s unexpectedly stumbled into the maelstrom, they’ve always said the same thing:

“I never expected that to happen.”

Just recently, a well-liked and respected author had the nerve to suggest that horror anthologies should be a little more diverse. BOOM! The resulting backlash was so bad she deactivated her Facebook account. Another writer, known and usually appreciated for his dark sense of humour, made an insensitive joke. BOOM! People were actually ordering everyone else in that writer’s circle to unfriend the guy OR ELSE. Even though he’d immediately apologized. There is no un-lighting this fuse.

The reason I say all this is not to scare you, although everyone should find this stuff pretty terrifying. When did we let the mob rule? As someone who’s worked in public relations for so long it’s not polite to ask, I’ve helped lots of companies manage a crisis. Which is exactly what a social media scandal is. It’s no joke–if it catches you in a vulnerable moment, it can even be fatal.

Since we’re writers, most of us communicate online. A lot. So a high percentage of writers unwittingly find themselves in this kind of disastrous situation. If you’ve messed up in spite of your best intentions, here’s what to do:

Delete the offensive post/Tweet/update as quickly as possible. People will have screen capped it and will share it like the vultures they are, hoping for more blood spilled, but at least it will become a bit more difficult for those vultures to find. They’ll have to seek it out, and they’re inherently lazy. If the scandal isn’t handed to them, a lot will pass it by.

Apologize sincerely, publicly, admitting you were wrong. Avoid excuses, which can come across as defensive.

Some people will still lash out, especially if your post went viral or got some traction. Do not engage with them or continue to defend your actions. If possible, avoid reading their comments for your own mental health. Ask your friends and family not to talk about it with you.

Accept that you will lose some followers—perhaps a lot of followers—but that the people who stay and stick up for you are the ones that matter. And new people will seek you out, respecting the way you handled a tough situation.

If it gets to be too much, deactivate your accounts for as long as you need. Life is short, and your mental health and happiness are more important.

No matter how bleak things get, rest assured people will forget about your faux pas and they will move on. Once you’ve apologized, all you can do is ride it out.

What if you haven’t done anything wrong, though? What if you’re like the author who praised diversity? (The horror! And yes, I’m joking.) The Delete, Accept, Deactivate, and Ride It Out rules still apply. And above all, be kind to yourself. Reconnect with the world outside of social media. It’s still a really cool place.

Most of all, remember that it could happen to you. Keep that in mind the next time you see some poor soul drowning in a sea of hatred online. Throw them a lifeline. Swim away from the sharks. And if you see an opportunity to cool things down, please do so.

Have you ever found yourself embroiled in a social media scandal? Are you afraid of the pitchforks-and-torches mentality we’re seeing so often these days? Any tips to add?

P.S. If you need an escape from real-life horror, and let’s face it, there’s way too much of it these days, check out Return to Dyatlov Pass. While inspired by a true mystery, it’s some good, old-fashioned, creature-horror fun.