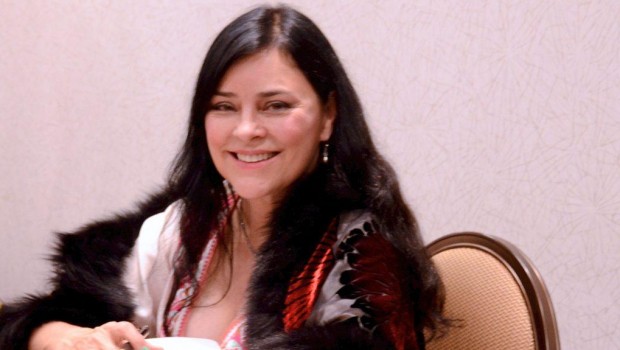 When I first sat down to write this month’s Insecure Writer’s Support Group post, I didn’t think I had a thing to feel insecure about (except the usual–words are hard, yo). But then I remembered. In just a little over a month, I’m going to be on a panel with Diana freaking Gabaldon, talking about tension in fiction.

Not intimidating at all. Nope, not a bit…yikes!

In truth, I’ve met Diana several times, although I’m sure she doesn’t remember me. She’s been going to the Surrey International Writers’ Conference for years, and we’ve had lovely chats in the hotel elevator, which mostly amounted to me gushing over that day’s gorgeous ensemble (the woman can dress). She was even kind enough to contribute to this blog once. So I already know she’s a lovely person, and not someone who’s going to make a panel excruciatingly awkward (been there, sadly). But still–talk about imposter syndrome! I’ll definitely have to make sure I’m on top of my game that day, which means avoiding my usual conference routine of not getting any sleep the night before I leave because I’m scrambling to pack at two a.m.

In other writing news, I’ve had some audiobooks released. A lot of you have been asking for them, so I’m happy to announce that The Bear Who Wouldn’t Leave, City of Ghosts, Monsters in Our Wake, and Return to Dyatlov Pass are already available, and The Girl Who Talks to Ghosts and Temple of Ghosts are soon to come. If you don’t like ordering anything from Amazon, you can also snag them directly from Audible or iTunes.

My short story What’s in a Name? was published in Unnerving Magazine last month. It’s more of a Alfred Hitchcock mystery-crime story than you’re probably used to from me. This is one of my favourite stories out of all the shorter pieces I’ve written, and I was thrilled to find a good home for it. If you’d like to my read my story and some other great stories and articles, including an interview with Paul Tremblay, click the link.

The newest addition to the GhostWriters series is coming along nicely, and should be released in time for Halloween (or shortly after). If you’d like to be a part of my VIP readers team, and receive a free copy before anyone else in exchange for a review, please let me know in the comments or shoot me an email.

Once again, I had a fabulous time being a guest author at the League of Utah Writers’ Quills Conference, but this year, I came away with a funny story. When my book signing was about to start, an older fellow approached me, saying “someone had told him he should talk to me” but he wasn’t sure why. With that auspicious beginning, he pulled up another chair at my signing table. It turned out he wanted me to summarize my entire How to be Your Own Book Publicist course, which I was teaching that afternoon.Though I politely but firmly declined, he kept asking me if it was true that self-published books would never be picked up by retail stores. Before I could respond, he said a few things that set off alarm bells–like the fact his “publisher” was charging him $1500 to put the book on Ingram, which actually costs about $60. I did some quick research, and sure enough, he’d been published by a vanity press. Poor man had been scammed. But before I could feel too sorry for him, he set up copies of his books beside mine, on the signing table! At first, I couldn’t believe what I was seeing.

“No I’m not; I have books in the store here too,” he replied. Even when a volunteer tried to shoo him away, telling him he’d be reported, the guy refused to budge. Whenever someone dropped by to have me sign one of my novels, he’d go into the hard sell, pitching his weighty autobiography of his years in the military.

As a guest author, I figured I was being paid to be polite and approachable to conference attendees, so I decided to just see the humor in it. If nothing else, it would make for a funny story. How many authors have their book signings hijacked?

But talk about What Not to Do as an Author 101. Yikes.

Thanks to photographer Robert L. Carey for capturing this special moment.

What have you been up to this past month? Please forgive me–I’m behind on comments and blog visits again, but I promise I’ll catch up.

If you’d like to be part of my early readers team and see a sneak peek of the new book before anyone else, in exchange for a review, please let me know.

Thanks to the Surrey International Writers’ Conference for the photo of Diana Gabaldon, which was taken at last year’s conference.