IWSG: I launched two books at once! (And survived!) 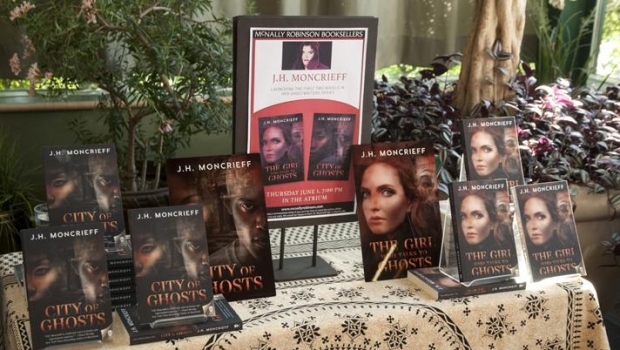 Thanks to our wonderful leader, Alex Cavanaugh, for trusting me to be a co-host again. What was he thinking?

With great power comes great responsibility, so before I go forth and comment on a gazillion blogs, I just ask one small favour from you. You see, my cover artist, Kelly Ann Martin of kamdesign, is amazing. She works so hard, and the covers she’s made for my books are works of art. I would love to see her get the recognition she deserves, so I entered one of the covers in a “Cover of the Month” contest. Would you please vote for City of Ghosts, if you haven’t already. Everyone who does has a chance to win both ebooks in the GhostWriters series for free! (The trick is you need to create an account before you vote if you don’t sign up with Facebook.) Thank you so much!

Now, on to the meat of this post. Yes, I was crazy enough to launch two books at once. The official launch party for City of Ghosts and The Girl Who Talks to Ghosts was held at McNally Robinson Booksellers, this absolutely gorgeous bookstore in my home city of Winnipeg, on June 2nd.

Response to the Facebook event was strong, much stronger than expected. The folks at McNally, who were amazingly supportive and helpful, hoped for about thirty people. At last count, I had close to double that say they were coming and more than that say they were interested. Still, when the event was about to begin and there were still only a few people milling about, I got a little nervous. What if no one showed up? What if it had all been for nothing? Thankfully, just before John Toews of McNally introduced me, people showed. And wow, did they show! There’s no firm count on how many people were there, but a friend estimated between seventy and ninety, and I sold about as many books. There were people standing at the back, and the book-signing line went on forever! To say it was overwhelming would be a huge understatement. It was a wonderful, magical night, and I got to meet and reconnect with so many fantastic people, which is truly the best part of this writing gig. 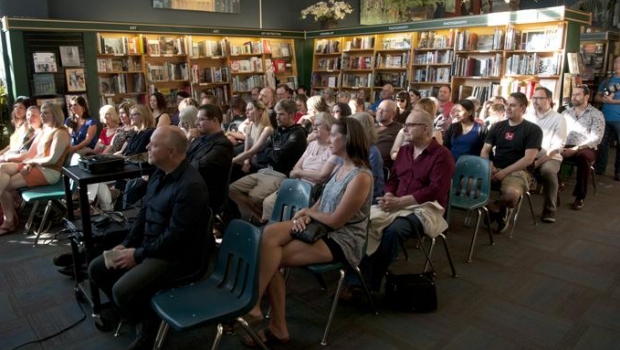 Part of the book launch crowd. There were people standing in the back! Photo by Robert Barrow.

Hard to believe now, but I never planned on doing an in-person launch event. I thought it might be too ostentatious, or too much to ask my loved ones to show up for me and this book thing again (some of them have shown up a lot), but my publicists talked me into it, and I’m so glad they did. I realize now that book launches of this kind, held in one’s hometown, aren’t just about the author. They’re also about all the friends and family who have bought the books, written reviews, wiped the tears, and talked the writer off the ledge countless times. I really hope that everyone there knew how grateful I was for their support and encouragement, both at the launch and beyond. 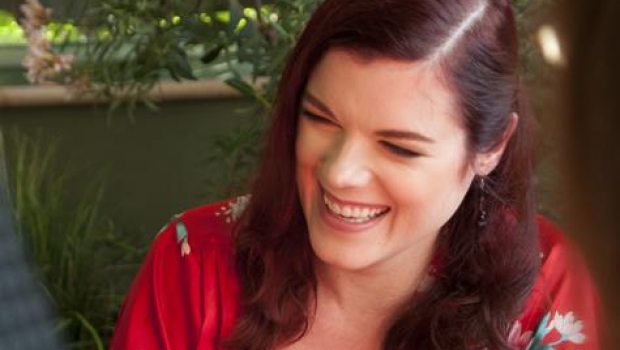 All smiles while signing books. Just a little happy! Photo by Robert Barrow.

We may write our books in isolation, but thank god we can launch them with our friends. Thank you to everyone who showed up for me on June 2nd, to my dear friend Dean Cooper for moderating the book talk with me, and for all of you who’ve supported me virtually–it means a lot. It’s no accident both of these books thank the Insecure Writers Support Group in the acknowledgements.

purpose is to share and encourage. Writers can express doubts and concerns without fear of appearing foolish or weak. Those who have been through the fire can offer assistance and guidance. It’s a safe haven for insecure writers of all kinds.