IWSG: How do you know when it sucks? 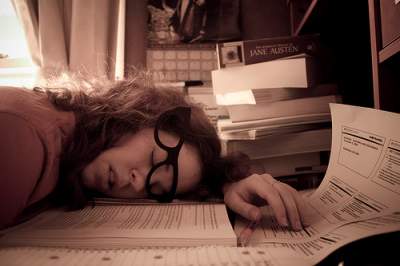 I have the world’s worst critic.

No matter how hard I try to please them, they’re never satisfied.

“God, talk talk talk. That’s all your characters do. Where’s the action? Where’s the drama? When are they going to do something?”

“This is so boring. I hate this book.”

“None of these characters are developed. Who cares if they die?”

“You call that an ending?”

That’s a small sample of the things my critic has said to me. You might suggest I stop reading this person’s reviews, or ban her from my Facebook page, but there’s a problem…

She’s in my head.

I had a terrible time writing Temple of Ghosts this summer. As a pantser, I let my characters take the lead, and this time they dragged me into decidedly uncharted territory. Government conspiracies, the military, doppelgängers–ugh. What did I know about that stuff? (Okay, the doppelgänger aspect was pretty cool. That I could live with.) Taking a deep breath, I decided to trust Kate and Jacks. This was my third adventure with them, and they hadn’t steered me wrong yet. But I admit I had reservations. Huge reservations. And since I was uncomfortable with the subject matter, I dreaded writing about it. I was afraid Kate and Jacks were digging themselves into such a deep hole I’d never be able to get them out of it.

I’ve never been so relieved to finish a book. I was convinced it sucked–it had to be the worst thing I’d ever written, right?

Editor: “Holy crap, this book is good. Maybe your best one yet.”

And he’s almost as tough as my critic.

Fast forward to December. I’m finishing up my twelfth novel (well, there are twelve that I count) and I have no idea whether or not it’s any good. It’s set in Russia’s Ural Mountains, so it’s freezing, desolate, and scary. It makes me uncomfortable, and I don’t enjoy being there. How I ever thought a story inspired by this would be fun is beyond me. What happened to those people in real life was horrible, and my novel definitely takes its cue from that. It’s going to feel so good when I stop.

Frustrated, I asked a writer I respect if he knows when he’s written a good story. He thought about it for quite a while.

“That’s a good question,” he said. “In the end, I don’t really care if people think my stories are good. It’s more important to me that they are fair, and accurate, and that the people I interview feel they were properly represented.”

Ah, journalists. They have it so much easier than us novel-writing folk. I’m still envying his lack of inner critic.

So now I’ll put the same question to you: how do you know when it sucks? Or doesn’t? Can you tell? Have you ever been convinced one of your works was absolute crap and then been pleasantly surprised?

Happy holidays, my insecure friends! I’ll see you in 2018.