IWSG: Ignoring the flamingo of doubt 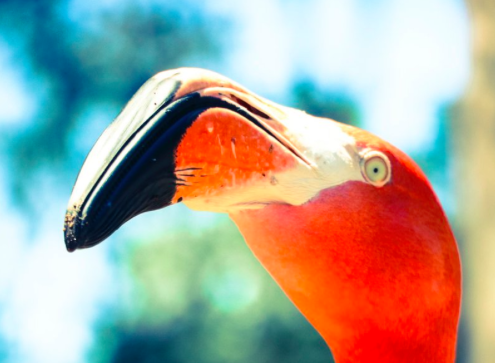 Or, Going all the Way Part II.

Some of you may have read my IWSG post from August, where I announced my intentions to put my hectic freelance career on hiatus and focus on writing fiction full-time.

This plan required the support of my credit union, as I’d hoped to remortgage my house to fund this venture, giving myself three years to see progress. Unfortunately, if there’s anything banks don’t like to hear, it’s the words “self employed,” and apparently that goes for credit unions as well.

In spite of my financial rep’s valiant efforts on my behalf, my loan application was turned down. To say this was upsetting would be an understatement of ginormous proportions. This is why I’ve taken so long to give you a proper update–I was devastated, and I didn’t want to drag anyone down with me.

But soon enough, I returned to planning and plotting. If the remortgage idea wasn’t going to fly, there had to be another way. I was already working on plan b when someone near and dear to me stepped forward and offered to cosign.

This gesture moved me to tears, but it wasn’t as simple as just saying yes and going out to celebrate. It was a huge decision. Was I comfortable having someone delay their potential future plans so I could realize my own? In a word, no. It took some convincing, but eventually I realized this person really wanted to help me and that being able to help made him happy. I’m beyond grateful to have been given this chance, and I won’t squander a single second.

The next step was quitting my news director job, which wasn’t as easy as expected. My supervisor convinced me to stay on until next year, giving me a little while longer to save up for my brand new life as a full-time novelist, which will begin in February.

After September’s IWSG post, a few people said they envied the confidence I had in my work, with at least one person suggesting I’m never insecure. Insecure? Nah, I’m terrified. I’ve already had one miserable day where I got completely freaked out about the possibility of failure. And I haven’t even started yet.

But whenever I get scared, whenever that critical voice starts screaming in my head, someone always sets me straight. And often that someone is Chuck Wendig, so I’ll end this post with his advice on what do with self-doubt: 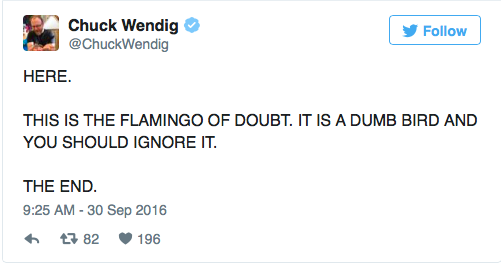