Interview with a Witch Part III 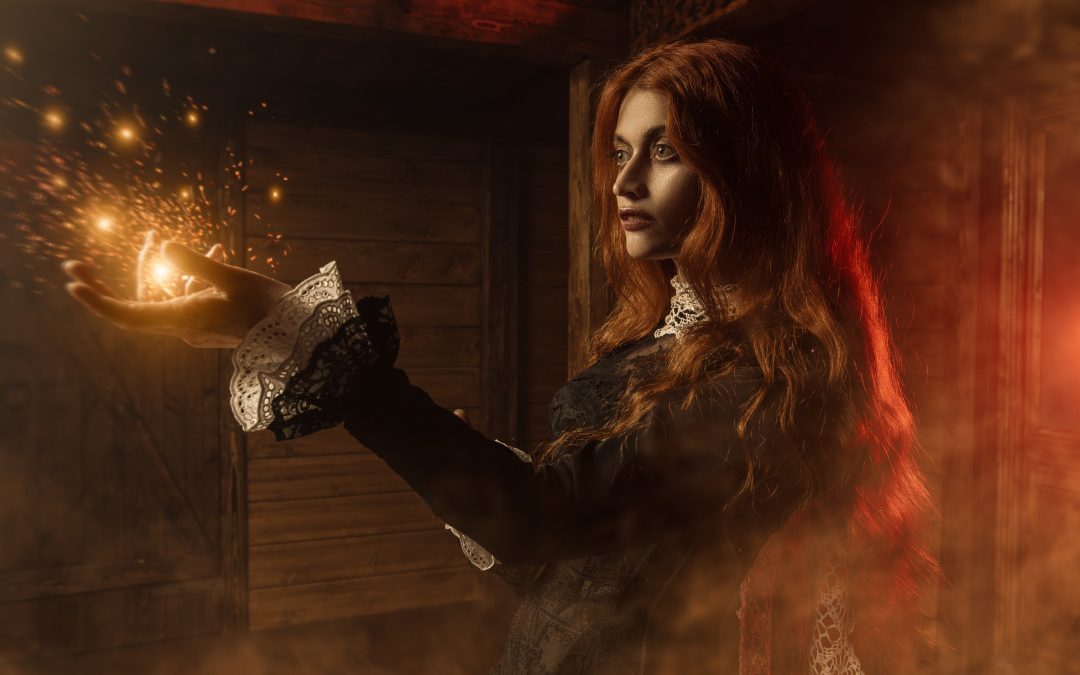 Welcome to the last chapter of my interview with Amethyst, a real-life witch. If you missed part two, click here.

Q: We had a question about what a day in the life of a witch is like. I know you said every witch is different, but what is yours like?

A: I’m so completely aware I’m surrounded by living things and I make the mental note to acknowledge it. 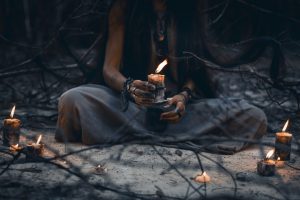 Some days, I’ll get the little candles going and do a silent acknowledgment or an out-loud one to express what I’m going through, express what I need to come out of it, and just reassure myself that I’ve got what it takes to do it and thank the deities that I personally relate to.

There isn’t anything I do, from cooking or taking care of my plants, without intention. There’s no requirement to do a daily acknowledgement or a daily spell. It really comes down to you. It comes down to being so aware of yourself, your energy, and how you are a part of the planet. It’s about connectivity and being ready to live your life.

Taking Care of Ourselves

Q: What does this practice do for you, fundamentally?

A: It changes your psychological energy. You breathe life into yourself by doing something for you, and we’ve gotten away from doing that. I’m going to turn this into a bit of a gender issue. Women especially have gotten away from taking care of ourselves, and witchcraft brings it back. “I’m not doing it for anybody; I’m doing it for me.” And during this time, it’s all about me. 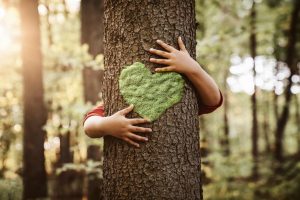 Q: Witches all have different practices, but there are different specialities of witch as well. Can you tell us about some of them?

A: Kitchen witch: They’re going to grow a lot of herbs and plants and dry them. Put a lot of creativity and energy into their cooking. They enjoy the nurturing element of cooking. It feels like a food hug, feels like home, feels like more than food. Their kitchen is their altar. There’s that element of something extra. They are the epitome of chocolate-chip cookies.

Green witch: Very into plants. Whatever they plant will grow. It seems effortless. They’re so connected to that element of nature.

A white witch focuses on the light. They’re kind of like the do-gooders. They might deal a lot in candle magic, because the burning of things is very symbolic. 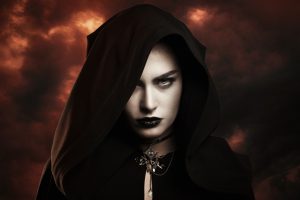 Q: Witchcraft seems like such a positive, peaceful practice. How did it become associated with evil?

A: The decline of witches and Wicca happened when the male order came into position, when all the do-good missionaries would come in and say “This Christianity thing, you really need to buy into that, and it’s all male dominated and women, yeah, you want really want to put a hold on that.” Anger about witches comes down to structured religion and control. Female power was just squinched. It’s okay for us to step up and say to the world, “No, that actually doesn’t work for me.”

In the before time, the shamans were women. Village healers were women. A lot of the village leaders were women. And that’s because they had a lot of knowledge about medicines, and a bit more rational thinking when it came to the betterment of the community and families versus just warring. People leaned toward a feminine-ruled society because we understood things, we learned things, we went through things, we were the home keepers, the hearth keepers. It was acknowledged that women tended to hold more knowledge, and that became a bad thing. 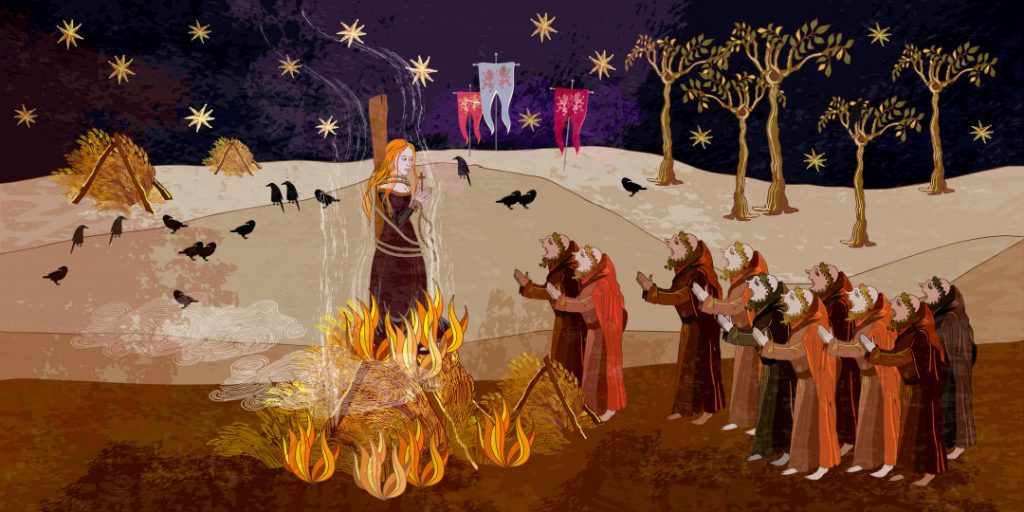 Fear, Thy Name is Woman

Witches were feared because they were take-charge, strong women, and we’ve lost that somewhere along the way. We’ve lost our recognition of personal power. We give it away too easily. We may not be able to change our situation, but you can remember that you’re doing whatever it takes to take care of yourself and your kids, and be powerful in that knowledge. Instead we beat on ourselves: “If I were better…” Witchcraft brings power and empowerment back to the divine feminine. Women are fucking amazing: how much stress we endure, how much love we can give, how far we can go to the brink. I’ve seen women who’ve lost family members, and they’re supporting the friends of those family members. They’re so strong, they’re carrying their grief and someone else’s.

Behind every great woman is herself.

Q: Can men be witches?

A: Men absolutely can be witches. No gender requirement. It’s been more female predominate because of the nature of it. Those men are the biggest, baddest supporters of the divine feminine in the world.

Q: The practice of witchcraft and Wicca is becoming more and more accepted, especially among young people. What’s your take on this?

A: Apparently paganism has taken a really strong foothold around the world. A lot of the younger generation are eschewing other standardized religions and going back to the basics, and I find that refreshing, with a hope that they’re going way back. Way, way back to when there was a sense of equality and empowerment, and none of this “We need to get married in order to be fulfilled; we need to have children in order to feel like women.”

It’s in all of us. It’s a part of us. We are the granddaughters of the witches you failed to burn. 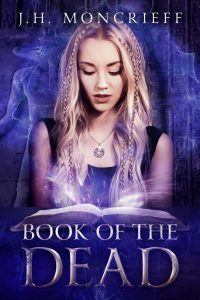 PS: If you liked this post, you’ll love reading about my overnight stay in a haunted house.