If You Want Support, Give It (In Other Words, Don’t Be a Dick) 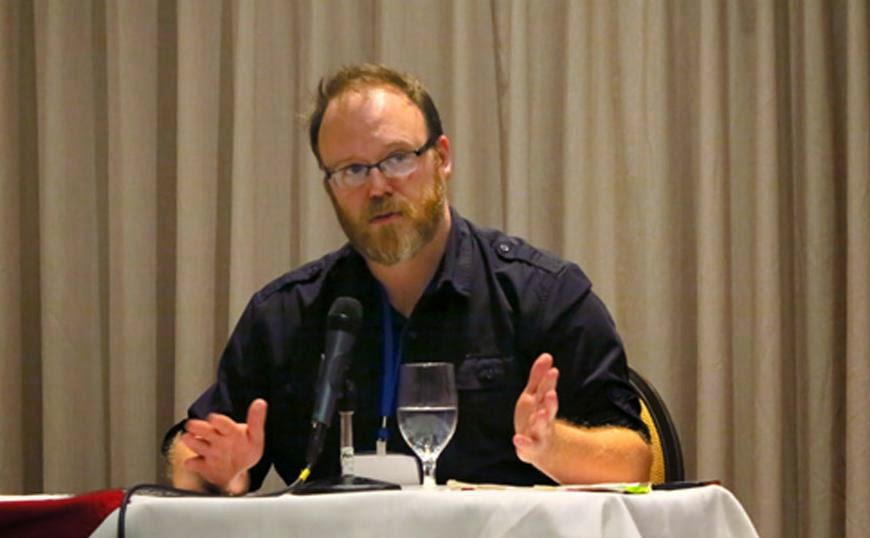 I see a lot of writers asking for help on social media.

You know the easiest way to get support from other writers?

Social media is for building relationships, not for constant commercials and pleas for support.

And the funny thing is, if you’re the type of writer who gives support to others, you will get a lot of it back–without even asking. How awesome is that?

I’ve met a lot of writers–some famous and some not so famous. And I’ve discovered you can learn a lot about these people by observing how they treat their fans and colleagues.

At the Surrey International Writers’ Conference, I was thrilled to finally meet Chuck Wendig. I’ve been a fan of his blog for a long time, but I didn’t want to just go up to him and say, “Hey, thanks for all the free content! It’s awesome, and I’m repaying you by not doing a goddamn thing.”

So I bought one of his books and asked him to sign it.

He was great–a lot sweeter and more approachable than you’d expect from reading his hilarious-but-often-caustic blog. But it was what he did after the signing that really made an impression.

He followed me back on Twitter! And if you don’t think this is a big deal, you haven’t followed many published authors on Twitter. Hardly any of them follow back. (And why? It’s such an easy thing to do and it makes people feel so good.)

I kept hearing it over and over again throughout the conference. “CHUCK WENDIG FOLLOWED ME ON TWITTER!” Everyone who said it was beaming. Chuck made a lot of people feel really good that weekend. And what did it cost him? Nothing. He doesn’t have to read our tweets (but he does). He could just make lists of the awesome people and ignore the peons if he wanted to.

The day after the signing, we crossed paths in the hall, and he remembered me. He asked me some questions about my writing–questions that made it clear he had actually taken the time to look at my profile.

So you know what I did when I got home? I ordered a bunch of Chuck Wendig books. I’m really enjoying the book I bought at the conference, but even if I weren’t, people like him deserve support.

The people who constantly ask for support but never give it? Not so much.

I’ve bought books from at least seven different authors at that conference based on who they are as people, not their work. I’m not a fan of epic fantasy, but I buy Jack Whyte’s books because he is so supportive of other writers. He sponsors an annual writing contest, interacts with fans on his forum, and holds a masterclass where he patiently reads and critiques umpteen pages of crap.

It’s not enough to be a great writer anymore. You also have to be a good person.

So, in the immortal words of Chuck Wendig, don’t be a dick.

Have you met a famous or not-so-famous writer or other celebrity? How did the encounter go? Have you ever bought someone’s work (or seen their show, etc.) simply because you like them?