Violated and molested at a Tuscan spa 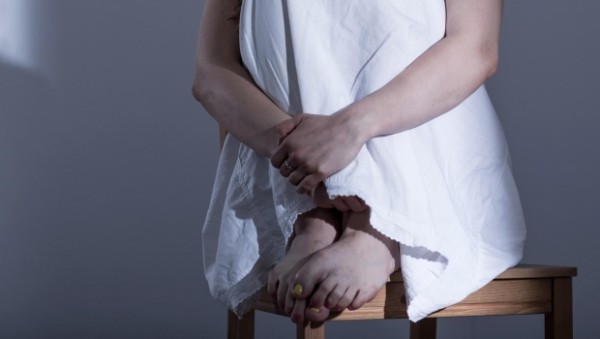 This is a horror story of a different kind, and I’m sorry as hell to have to tell it.

I always thought that if I was ever sexually assaulted, I would put up a wicked fight. I had all my defences planned: an elbow here, a knee there.

But I never in a million years expected it to happen while I was naked and vulnerable, lying on a massage table at a spa that my tour company and my hotel had recommended.

On April 25 of this year, I decided to skip a scheduled wine tasting in order to get a massage at Terme Sensoriali, a spa in Chianciano Terme, Tuscany, that was endorsed by both G Adventures and the Agriturismo la Pietriccia.

When my tour guide phoned the spa to make the appointment for me, she was told all they had remaining was a “Tibetan massage.” I’d never heard of a Tibetan massage, and asked for a therapeutic one instead. When I was told that wasn’t possible, I decided the Tibetan treatment would be better than nothing.

Oh, how wrong I was.

Upon arrival at the spa, I was given flimsy paper underwear and told to remove my clothes before getting on the massage table, where I covered my body with a towel. So far, everything was as expected. An elderly Peruvian man came in, and my heart sank–to be honest, I’d seen him in the reception area and there was something about him that gave me a very bad feeling. I’d thought, “I hope that’s not going to be my therapist.”

He immediately increased my discomfort by telling me I was a “big girl,” and that I needed to drink more water to “get rid of these.” These were my hips and thighs, which he was jabbing repeatedly with his fingers. Since when do masseurs criticize your body? I was immediately put on the defensive, feeling the need to argue with him about whether or not my hips and thighs were a problem.

The man then proceeded to aggressively massage my inner thighs, very high up on the leg. As he moved my legs into a frog-like position, I felt even more vulnerable and exposed. There wasn’t much to the paper underwear, and I could feel I was falling out of it. The towel kept getting pushed aside, and I kept pulling it back. I know he could tell I was uncomfortable, because he kept telling me to “relax” and let my legs flop more to the side, much like a woman would when getting a pap smear. He repeatedly grazed my labia with his hands during this part of the massage, but at that point, it still felt like an accident, and I didn’t want to overreact.

To my surprise, the masseur started lecturing me about breast cancer and how it is prevalent in young women. He told me I needed to be doing regular breast exams, but reassured me that my breasts were “healthy.”

Since when are masseurs qualified to check women for breast cancer?

I knew then, without a doubt, that something was very wrong with this massage. This man was not a professional massage therapist.

Still, lying naked on a table alone with him, in a foreign country, I was not as assertive as I would normally be. When he told me to turn over, I asked him a bunch of increasingly demanding questions about what his intentions were. I was very much concerned about what he would do with my back turned.

In response, he said, “You do not need to know what to expect.”

“You do not need to know what to expect.”

As soon as I turned over, he roughly yanked the paper underwear down–again without warning or asking if I was okay with it–and massaged the top of my buttocks. Thankfully, that was the end of it.

He left the room, and I hurried to get dressed, feeling violated, dirty, and in need of a shower. It was in that moment that I knew, without a doubt, that I’d been molested. The way I felt confirmed that–no matter how much I desperately wanted to believe this had just been an ordinary massage–it was not. I felt sick to my stomach, and when my guide asked how it had been, I burst into tears.

At first, my guide was very sympathetic and angry on my behalf. She assured me what I’d experienced was NOT normal for Italy and said, “We must get this man fired!” She told me she would talk to Stefano, who owns Agriturismo la Pietriccia, and he would speak to the director of Terme Sensoriali. I wish now that she’d encouraged me to report the experience to the police, as I was too shellshocked and devastated to know what to do, or to think clearly about my options.

The next day, my guide told me that Stefano had spoken to the director of the spa, the head of personnel, and the masseur himself. While the spa refused to admit any wrong doing, and their idea of reparations was offering me a voucher for a return visit!, I was told the masseur ADMITTED he’d been “unprofessional” with me–that he had also rushed me, and, even though he could tell I was uncomfortable, did not stop the massage or alter his behaviour.

Upon telling me this, my guide’s tune changed completely. The Tibetan massage was an “emotional massage,” which apparently was an excuse for the masseur’s crude remarks, rudeness, and inappropriate fondling. Stefano’s wife and friends went to the same guy and never had a problem, so I must have misunderstood what happened. To make matters worse, my guide said, “You both have your opinion,” as if what happened to me was up for debate. I was careful not to embellish or exaggerate the incident, and any quotes you see in this post are exactly what was said to me–I’d happily swear to it in court.

Thankfully, the customer service team at G Adventures responded more appropriately. They reimbursed me for the horrible experience, which the spa still had the nerve to charge me for, gave me a small credit towards another trip, and–most importantly–conducted their own independent investigation of the incident. As a result of that investigation, they will no longer promote the spa to their tour groups.

The spa, unfortunately, has continued to defend its masseur and his treatment of me, going so far as to lie on Trip Advisor. In response to my complaint on the review site, they claimed I said the massage was “Excellent,” which is a complete lie. I said it was “Different,” using my tone and expression to convey what I could not voice. All I wanted was to get the hell out of there and avoid running into the man who violated me. Also, there were a small crowd of Italians waiting to pay lined up behind me–I did not feel comfortable getting into something so personal and upsetting in front of an audience of strangers.

The spa has also continued to use the term “emotional massage” as an excuse, and has said that a Tibetan massage involves massaging the “tops of the breasts.” That is not what was done to me. Also, there is no mention of a breast exam or lewd comments about the shape of the breasts, both of which I received.

They are using the fact that I was an English-speaking tourist against me. I must have misunderstood, or perhaps I was too sensitive and wasn’t familiar with normal Tibetan massages.

Even though Stefano told me he was sorry for what happened to me, he continues to promote Terme Sensoriali on his website and presumably refer tourists to that spa. I had hoped that, with the result of G Adventures’ investigation, the agriturismo would also withdraw their support of this spa. Sadly, that is not the case, and I’m afraid and concerned for other foreign women, whom I believe are extremely vulnerable.

The fact that Stefano’s wife and her friends have been treated by this man without a problem isn’t a mitigating factor to me, as it is to Stefano and my G Adventures guide Laura Cimò. The agriturismo and the spa have a mutually beneficial relationship: they both send business to each other. For the masseur to mistreat Stefano’s wife or her friends would be beyond idiotic–not to mention Chianciano Terme is a very small town, and news would spread quickly if this man began molesting women in the community.

It also doesn’t matter to me that no other tourist complained. First of all, most visitors to the spa do not get a massage–they use the mineral pools. Second, only a third of all sexual assault victims report the assault. And third, even if I’m the only woman that man has ever done this to, one is one too many.

I’m sickened by what happened to me, and I still wasn’t ready to call it what it was until a sergeant with the Royal Canadian Mounted Police told me it is, in fact, sexual assault.

I have two reasons for publicly telling my story: one, I hope public pressure will convince Stefano at the Agriturismo la Pietriccia to stop sending tourists to Terme Sensoriali and withdraw its endorsement of that spa.

And two, I want to stand in solidarity with every single person who has been violated, molested, assaulted, or raped. I understand now what it’s like to feel so horribly vulnerable and helpless. To have people doubt your words, twist them around, lie, and treat you like a pariah.

Please learn from my experience–if someone EVER makes you feel uncomfortable, whether a masseur, doctor, dentist, or even a friend–don’t wonder if you’re overreacting. Don’t worry about being a bitch, or a prude, or try to be polite. Do whatever you can to get out of the situation that is bothering you right away. I will forever beat myself up for not telling that guy off and leaving the room the minute he began to insult my body–that was the first clue something was really wrong.

But I will do everything in my power to make sure it doesn’t happen again.

What You Can Do

Please sign my petition urging the Agriturismo la Pietriccia to stop promoting Terme Sensoriali to its guests, which would include removing the spa’s ads and links from the agriturismo’s website. Share the petition and this story with your circle, especially women who have a trip to Tuscany planned or who may consider one in the future.

Thanks for your help, and thanks for listening.