How a writer feels when her first book is released 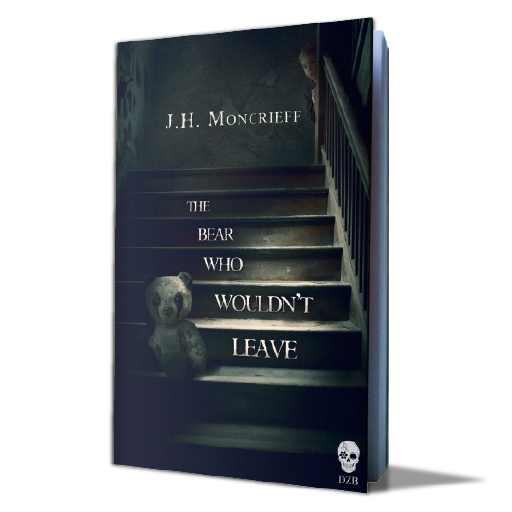 The title of this post is a bit of a misnomer, I’ll admit.

Today is the day my very first published book will be released. I now have things that I’ve dreamed of having since I was in grade school–a publisher, an editor, and (hopefully) an audience.

Even though today is the day The Bear Who Wouldn’t Leave is officially for sale, people have been reviewing it for over a month, mostly thanks to my publisher, who distributed those handy advance copies. Here’s my early impressions of what it’s like to go from unpublished to published.

Not friends. Not family. Or well-meaning beta readers. Even when you send your work to critique groups, you know most of the critics. You usually know exactly how tough they’re going to be.

Not so reviewers. You don’t know if someone is going to be in a bad mood when they pick up your book, or hate the fact that you have a publishing deal and they don’t. Maybe they’ll just hate the topic of your novel, or the level of violence, or the fact that your antagonist is a cursed stuffed panda, because they have a soft spot for stuffed pandas. It’s not something you can prepare for.

I’ve found that old adage, “Prepare for the worst and hope for the best,” is the most you can do. But I admit I still flinch whenever I see a new review on Goodreads–that’s the “preparing for the worst” part of me.

People will be wonderful, but not always the ones you expect

In addition to my writers’ group, my boyfriend, and my closest friends, the people who have been the most supportive–and incredibly, unbelievably so–have been the friends I’ve made online. One woman reviewed my book and gave me feedback on two other manuscripts, simply because we hit it off on Facebook. Another has worked her butt off helping me make connections in the industry and get reviews, and I’m still not sure why, beyond the fact that she’s a fabulous person. The amazing family that is Samhain Horror has astounded me with their constant support and encouragement–these are all writers who hadn’t heard of me just a few months ago (a few weeks, in some cases).

But others, including people I’ve been in writers’ groups with, friends, and former co-workers, haven’t managed so much as a, “That’s nice.” I’d heard the same from other authors, and all I can advise is not to expect anything from anyone, as difficult as that might be sometimes. That way you won’t be disappointed. At the very least, focus on the ones who support you and forget about the ones who couldn’t be bothered. It’s human nature to focus on the negative, but it won’t do you any favours.

It’s a little anticlimactic…and a bit of a relief

My book is on the market today, but pre-orders have been available for over a month, so it feels like there’s already been a lot of watching sales numbers and doing interviews and writing guest posts and soliciting reviews. Now that the big day is finally here, I won’t be surprised if it doesn’t feel any different from the days before it. But part of that’s my fault–I didn’t plan a launch-day celebration.

My advice? Plan something special, even if it’s a simple lunch with a friend. You only have your first publishing experience once.

This book has already accomplished two amazing things for me–I was able to write a post for Chuck Wendig’s Terrible Minds blog (swoon!) and I was welcomed into an amazing community of horror writers.

I’m not sure what’s next for me, but I do know that I’m ready to unleash this bear upon the world. To everyone who pre-ordered a copy, wrote a review, invited me on their blog, and otherwise encouraged and cheered me on, thank you so much.

A writer is nothing without her friends

That one almost goes without saying.

"The Bear Who Wouldn't Leave", a life less ordinary, book release, Chuck Wendig, horror, horror author J.h. moncrieff, Samhain Horror, the writing life, what it feels like to have a book published, writing