July 25, 2015 | Mysterious Places, Tales of the Supernatural, The Writing Life 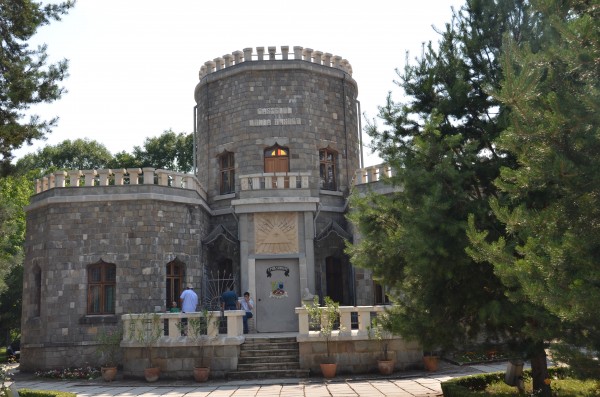 After his daughter Iulia (pronounced Julia) died of tuberculosis at the age of nineteen, Bogdan Hasdeu claimed to receive instructions from beyond the grave. For some reason, Iulia, a brilliant prodigy who had written several books and painted masterpieces during her young life, wanted nothing more than for her father to build a weird house that resembles a castle.

And so it was.

Weird stories have surrounded the castle for years. Two workmen who mocked the giant statue of Jesus in the centre of the home suddenly died, as did two boys who attempted to deface Iulia’s tomb. The boys had marks on their necks, as if they’d been strangled. 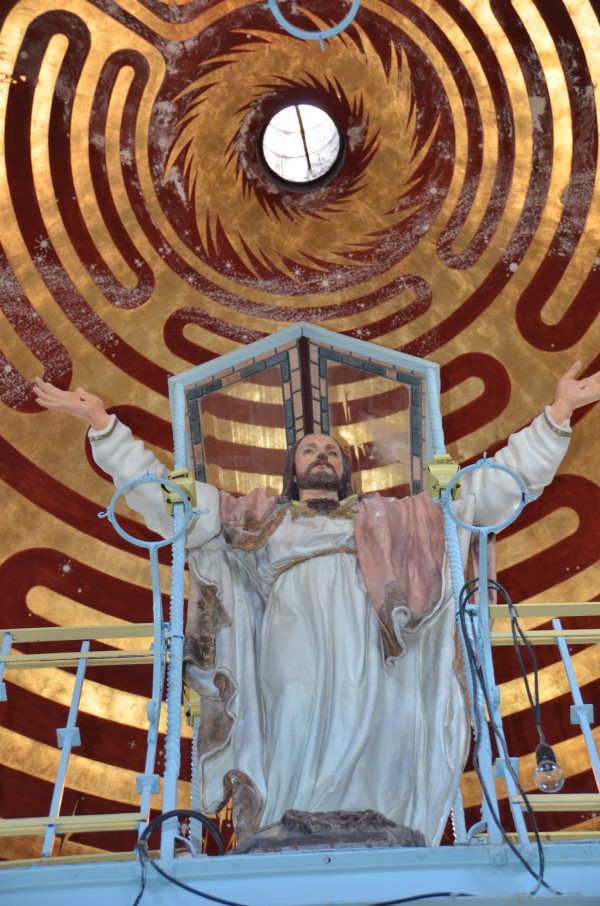 One of the house’s rooms has a large hole in the wall that Bogdan used to listen to messages from the spirit world. This room was covered with murals of angels until the communists came into power and destroyed everything.

Everyone who works in the house has a tale to tell. Sometimes Iulia’s piano plays itself. Or the security cameras pick up weird, bouncing lights. All visitors are warned not to laugh at the Jesus statue, but I’m not sure why anyone would. It may not be anyone’s idea of understated decor, but I couldn’t see anything humorous about it.

Sadly, I didn’t see a glimmer of the supernatural at Iulia’s castle, or get any strange vibes. However, I was about the only one. Several people in our writing group felt a strong positive energy, as if Iulia herself was urging them to write. This feeling was so powerful that these people finished their stories about her within a day or two, and considering how packed our schedule was, that’s pretty damn impressive. 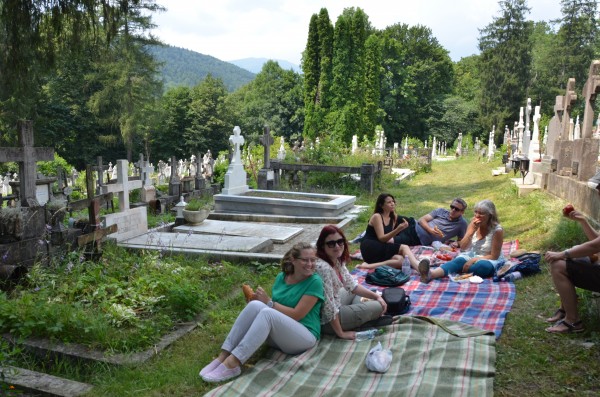 Picnic with the dead

Maybe Iulia didn’t feel like speaking to me that day. I know I didn’t feel like writing, so I spent my time wandering around the castle instead. The cemetery where we ate lunch spoke to me more. It had an eerie feel, but was also hauntingly beautiful. I could have spent several hours there.

What’s the creepiest place you’ve ever been? What happened to you there?