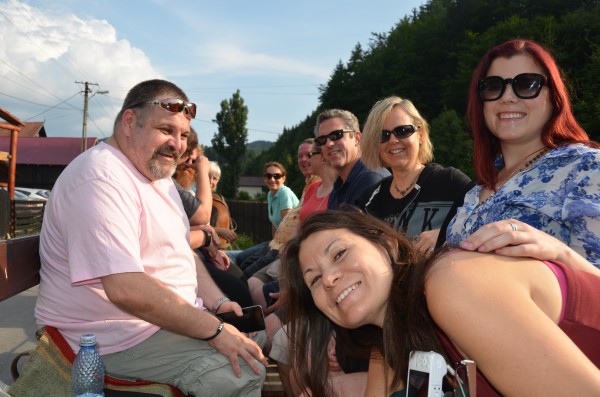 This week in Romania has been stretching my muscles, literally and figuratively. At least three hours each day is spent in a writing workshop with author Richard Thomas.

Richard has been throwing us some curveballs. Just when you start to relax, he wants you to write the perfect opening line to a novel. And he wants you to do this three times. In fifteen minutes. No problem, right?

Or craft a scary story that builds tension using a number of different techniques in twenty minutes. And then offer it up to the rest of the class as a sacrificial offering.

At first my brain protested at the idea of this impromptu writing. “I can’t!” was always my first thought, until–surprisingly–I realized I can. When I read my opening line aloud, Richard put it to the class for debate:

“Everything,” Scott, one of my kind fellow classmates, replied. It was a good day, but you can never rest easy. You never know when your pathetic attempts to build tension will put your colleagues to sleep. 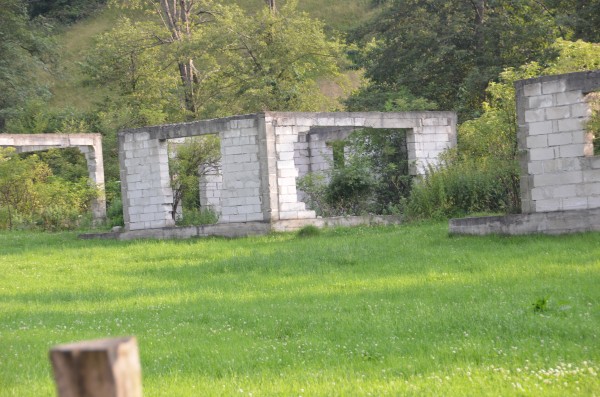 Mysterious unfinished settlement at Simon Forest in Bran, Romania. According to local legend, the settlers vanished without a trace.

In the evening we went on a hike through a haunted forest in the Simon Village of Bran, Romania. The forest is cloaked in superstition and there are many eerie tales of early settlers and park wardens vanishing without a trace. Noted Romanian writer Igor Bergler rolled his eyes. “They tell the same stories about every forest here,” he said. 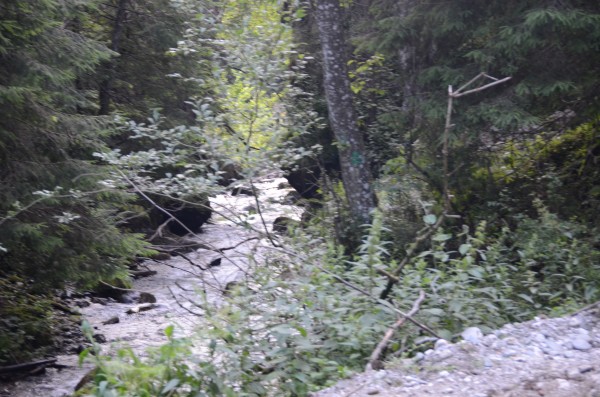 Sadly, (or perhaps fortunately, based on my freakout over the Bran Castle photo) we didn’t see any ghosts in the haunted forest, and we all made it back alive. The real challenge was to come later that night.

The Mama Cozonacilor Hotel has gigantic rolling hills behind it. For days, Richard had been saying he wanted to climb one, and I’m always up for a challenge. After a bonfire, Igor bet me 100 lei (almost $25 USD) that we couldn’t make it up the hill and back down in three hours. It was on.

Bolstered by two shots of palinka, I gamely attempted to keep pace with Richard, who at first tried to jog up the hill. That didn’t last long. The incline was so steep that he was afraid of sliding back or losing his footing. With my calves screaming for mercy, I pressed on, doing a weird crab-walk routine in order to keep from tumbling down the hill and breaking my neck.

It took us fifteen minutes to get to the top. I couldn’t believe we’d done it. We started out at dusk, but by the time we reached the summit, it was pitch black. I used my camera’s flash to signal to the others that we’d made it.

Getting down was a more treacherous proposition. We now couldn’t watch for obstacles, and even standing up on that incline made you feel like you would fall over. Finally, we decided to slid down on our butts. This resulted in epic wedgies, but we made it down Romania’s Everest with our dignity intact and our hearts pounding. The stinging nettles had their revenge, but they didn’t get the best of us.

Mission accomplished, along with another 100 lei to spend at the markets.