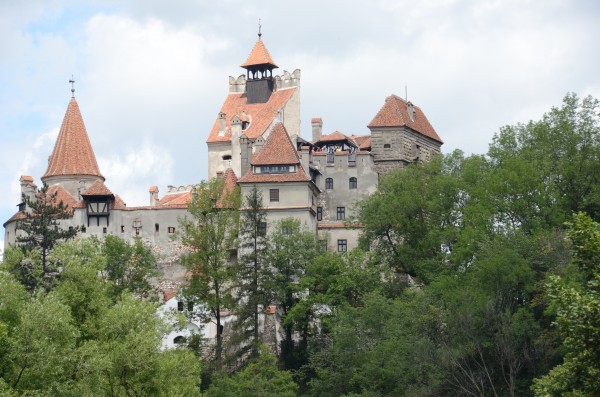 And I don’t scare easily. 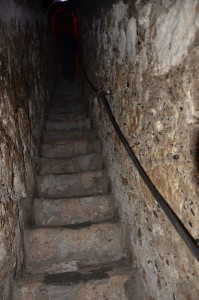 This secret passage was once hidden by a fireplace.

Finally got inside Bran Castle, and it has it all–a secret passageway, a connection to Bram Stoker’s Dracula and Vlad “The Impaler” Tepes (who was imprisoned there for two months), and a torture chamber–what more could one want?

In spite of the many items of cruelty (don’t worry; they’re all replicas) that are tucked away in a series of small rooms, the castle is a cheery place, with its bright white walls and sunshine pouring through a multitude of windows. I didn’t feel the slightest bit unnerved during our tour. There wasn’t even the mildest flutter of a bad vibe.

Until I looked at my pictures.

Once we were back on the bus, I quickly scanned through my photos until some movement caught my eye. Something had jumped between the two photos I’d taken of an old medieval door with a heart-shaped mesh window. Usually when I’ve seen a jumping effect like that, it was because I’d taken multiple photos of an animal or person that moved slightly between the frames. I’d definitely moved slightly in the seconds between taking the two photos, but in that case, the whole door should jump, not just the small mesh window. And it didn’t always jump as I scanned back and forth, only about half the time. It looked like something passed behind the window.

The pictures unsettled me, and I must have had a concerned look on my face, because Richard Thomas, the writer who is running the workshops for us, asked me what was wrong. I handed him my camera, and he too saw the mesh window move as he looked at the two photos. 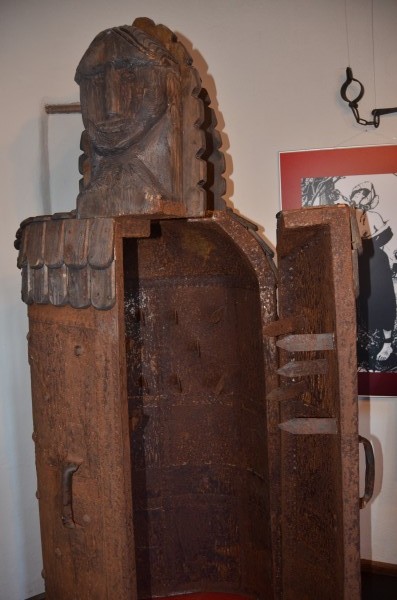 So many creative ways to torture people.

After dinner, I took out my camera, determined to discover what was causing the strange result. This time I zoomed in on the window, which made me nearly drop my camera. There was a face in the mesh window! And not a friendly face, either. It was still there in the second photo, but had moved slightly. Two women from the group were with me and saw it as well. To say we were all creeped out would be an understatement.

Close-up view of mesh window in both pictures. One in focus and one not.

Now, there could be a rational explanation for this. I know humans are conditioned to see faces in everything, for instance. I’m hoping my photographer boyfriend will be able to figure this out.

In the meantime, though? I’m spooked.