Happy Birthday to Me? 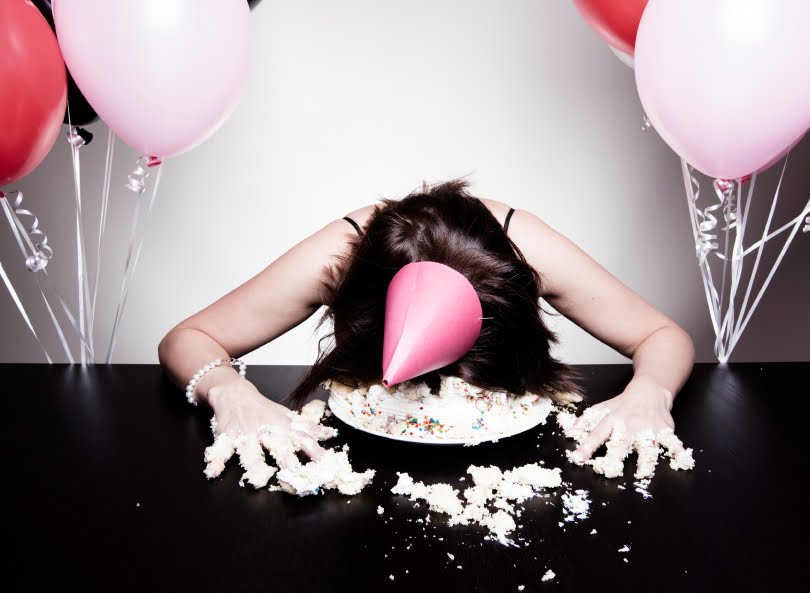 It’s my birthday this Sunday. I’ve always had an uneasy relationship with birthdays. When I was a kid, I was really uncomfortable being the center of attention, so I’d burst into tears when everyone sang “Happy Birthday.” Not cool. Another time, I got so nervous that I threw up, and my friends played nurse to my sick patient for the rest of the night.

After that disaster, my mother had the brainstorm that all my friends should get to blow out my candles, just so they wouldn’t feel “left out.” I have these photos of little kids pretending to be the birthday girl at my own party…it’s a bit odd.

The icing on the cake was my sixth birthday, when my mom asked Dad to take me on a drive so she could finish decorating. We went off-roading in his jeep, deep into the bush, and came across a huge mud bog. “Don’t go in there,” I said. “We’ll get stuck.” I’m sure you can guess what happened next. The end result was that I spent my sixth birthday walking seven miles out to the highway with my father, trying to find someone who would give us a ride back into town. On the bright side, my mother had plenty of time to finish decorating that cake.

As an adult, I tried to make a Big Deal out of my birthdays. While I had some good experiences, each party ended up being a disaster in its own way. Like the big trip to Toronto to visit a close friend. I ended up crying on her shoulder instead of celebrating, since I’d discovered right before I left that my boyfriend of three years had cheated on me. Or the time one of my kickboxing friends dominated the conversation for the entire event, leaving all of my non-kickboxing friends out of the fun. Or the cute retro-style co-ed sleepover that didn’t stay as platonic as it should have. That was awkward….

Last year took the cake, so to speak. I’d planned a nice dinner with my closest friends at my favorite sushi restaurant, followed by a night of dancing. I even hired a limo to take us from place to place. By mid-week, I had a tickle in my throat. What followed was the worst case of flu I’d ever had. I had to cancel the entire event.

This year, I resolved to do something quiet. I just didn’t have it in me to plan another party, so I decided to go for a massage and then lunch with a close girlfriend, followed by a nice dinner with The Boy. The massage therapist cancelled yesterday, leaving me with no time to book another. It was supposed to be a beautiful day, but now they’re calling for rain. If my friend suddenly gets a case of bubonic plague, I wouldn’t be surprised. Happy birthday to me.

One of the worst things about birthdays is the introspective portion. A lot of people I know go through the same thing. As the years creep up on us, our birthdays are a natural time to stop and think about where we’re going and if we’re happy with what we’ve accomplished. Until I’m a published author, my answer will always be no, unfortunately. But the fact that I am actually writing again is going to keep those birthday blues at bay. So thank you for being here and sharing this journey with me. Should I happen to come across a cake with candles, I’ll even let you all have a turn blowing them out and making a wish…in spirit, of course.