H is for Hawaiian Writer: Thoughts from Author Toby Neal 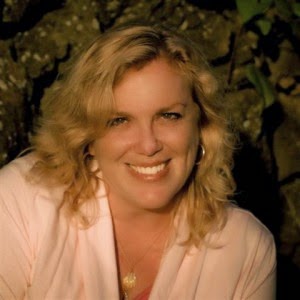 Toby Neal seems like the luckiest woman on earth. Not only does she get to live in Hawaii, one of the most beautiful places on the planet, she is a successful mystery writer with a thriving private counselling practice. Happily married for 28 years, she has two awesome children and is talented, smart, friendly and beautiful. Seriously, if she wasn’t so damn nice, I would hate her. 😉

So what is it really like to live and write in a place where most people only get to go on vacation? Here’s what she had to say…
“It corrupts you. In a way, everything else pales in comparison. Literally. I lived for seven years in the midwest during college, and could never afford to visit Hawaii even once during that time, and it was like being in exile. I learned to see the beauty in the seasons, in the lake, in the snow, in my first experience with you-pick apricots, a fruitgasm beyond compare…but it was shocking to be so humidly hot and plagued by mosquitoes in the summer, and so cold spit froze before it hit the ground in winter. To live somewhere where six months of the year you were indoors and your skin forgot what the air felt like. I wondered how people did it, and kept doing it, and knew it was because they’d never lived in Hawaii.
There were times I wished I’d never know anything different, so I wouldn’t long for the turquoise sea and the green tapestry of jungle, and the massage of coral sand on my feet. But the damage was done early on. Literally. I had my first skin cancers at age twenty-six in Michigan, when I hadn’t been in the sun in a year. ‘Early exposure,’ they said. Yep, I’ve even had melanoma now. There was no sunscreen when I was growing up. It hadn’t been invented yet, and I’m a natural redhead. Not good. But I wouldn’t trade my sun-struck days growing up on the beaches of Kauai for better skin now, at fifty, because really, who cares? I swam, and surfed, and fished and played and I still do, and I try to be sensible without giving up the joys of being here.
Living in Hawaii is like normal life: you get up and go to work, bitch about the rain, let out the dog–but behind every ‘normal’ activity is an ever-changing glorious backdrop of dancing clouds, spectacular sunsets, waving palms, roses blooming in December, ocean silky as a scarf on naked skin even when it’s raining…and you’ll happily pay five dollars a gallon for gas and live in a termite-ridden old house with seventies-itis that’s supposedly worth half a million dollars, just to wake up to dawns like this morning, when curls of golden cloud like angel feathers drifted across the purple face of Haleakala and the sword of new light lay across the shoulder of the volcano, announcing day was here. All the mynahs, doves, cardinals, and even roosters chattered and sang that this was a new day, and wasn’t it glorious? Because, dear friend, it was. Even better than the advertising.
Hawaii is a complex place socially. You earn a place here over time, with effort, and not easily. People here are friendly but not hospitable, like in the midwest where we were invited for meals and football games after just going to a Boy Scout meeting. No, there are layers here, and many races, and unwritten rules…but mostly, we wait to see if the Islands accept you. Because many come, and try to settle, and land on their proverbial asses and leave within two years. My personal rule of thumb, after cycling through too many newcomer friends to count, is five years of making it here and owning your home. Show me the deed and a five-year track record, and maybe we’ll have lunch. Sounds bad, but my heart’s been broken too many times.It’s different if you do what my sister and brother-in-law are doing. They’re retiring here on Maui with other “haole” retirees. Built-in friend group! They play cards together, and have Taco Tuesday, and drink mai tais by the pool. They have their own canoe club! They have a different experience of life on the island than Mike and I do, because I worked in the public schools for eleven years, belonged to Rotary, go to church, and volunteer, and in general have paid my dues to be a part of this unique slice of paradise called Maui.

Every island has its special charms and beautiful secrets that it only gives up to the patient and committed. If my in-laws get involved with island life, they’ll be ‘kama’aina’ too.”

If you’d like to learn more about Toby, you can read her blog here. She writes the very popular Lei Crime series, which I highly recommend. Her books are much fun, and such a beautiful setting. Thanks, Toby!